Lawmaker calls for safety study of sidewalk grates, after 2 people are seriously injured falling through same grate in Uptown

A state lawmaker is calling for new legislation after the WCNC Charlotte Defenders team found a lack of safety regulations where many people walk in Uptown. 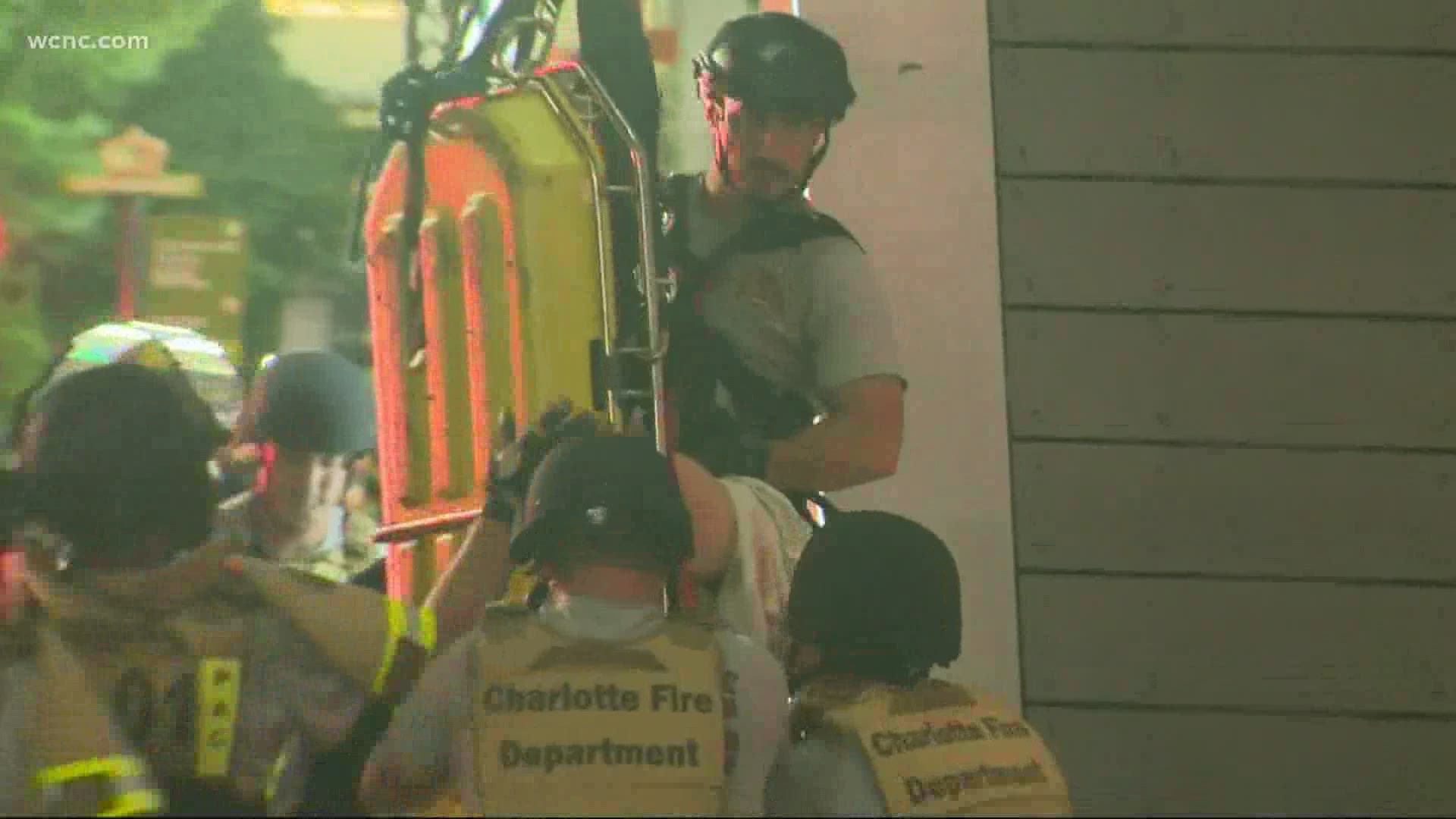 CHARLOTTE, N.C. — A state lawmaker is calling for new legislation after the WCNC Charlotte Defenders team found a lack of safety regulations where many people walk in Uptown.

Video from last month shows the rescue effort after a man fell through a sidewalk grate and broke his back.  The Defenders team found it wasn’t the first time; a woman also fell through the same grate a year ago.

When the Defenders team brought their findings of what was happening outside the Omni Hotel, State Representative John Autry said he wants to propose legislation immediately to study the issue.

For the first time, WCNC Charlotte talked to the attorney for the man who fell through the sidewalk grates about the potential gap in state safety regulations.

Rousseaux is referring to Anika Hayes who previously described what happened to her during All Star Weekend 2019 when she found a scooter on the same sidewalk grate.

“It was stuck in the grate and I went to try to twist the handlebars,” said Hayes. “The sidewalk grate flipped from under me.”

RELATED: Woman says sidewalk grate flipped on her, a year before man fell through same spot and broke his back

Hayes says she was able to catch herself when she was falling through the hole but broke her rib in the process.

About a year later, 18-year-old Francesco Burns fell 20 to 25 feet breaking his back through the same grate, while protests were happening in Uptown.

“He’s got three vertebrae that have been fractured,” said Rousseaux.

Police say it happened after protesters opened the sidewalk grate, but Rousseaux disputes that version of events.

Rousseaux shared a snapshot from a video that is time-stamped two minutes before the incident and he says it appears to show the grate still intact.

“He believes he had one foot on and one foot off of the grate when it went out from underneath him,” said Rousseaux.

When the Defenders team looked into who is responsible for maintaining sidewalk grates and keeping them safe, they found there’s no government agency in charge of that.  WCNC Charlotte brought the findings to State Representative John Autry.

“I was very dismayed that a public thoroughfare is not regulated,” said Representative Autry.

In response to the findings by the Defenders team, Representative Autry is now calling for new legislation and a study to take a deeper look into the issue.

“I would like for the general assembly to enact a study so that we could have an understanding of what best practices are being deployed in other municipalities across the country,” said Representative Autry.

Rousseaux says his client has been released from the hospital and he plans to file a claim with the Omni Hotel.

“We intend to pursue a claim at the appropriate time,” said Rousseaux.

In the meantime, the city says the grate has been secured and they’re working with the Omni to see if more changes are needed in the future.  The city tells WCNC Charlotte that the Omni Hotel owns the sidewalk grate and is responsible for maintaining it.  WCNC Charlotte reached out to the Omni several times over the past week but has not heard back.