PPP is meant to help small businesses survive the pandemic by forgiving loans when used for certain expenses. A WCNC investigation found it's taking far too long.

CHARLOTTE, N.C. — More than a dozen members of Congress are calling for an immediate federal audit of the Paycheck Protection Program following WCNC Charlotte's discovery of widespread delays in the administering of small business loans.

"These delays that we continue to hear about are not acceptable, which means we've got to reform it," Rep. Alma Adams (D), NC-12, said. "We've got to get this system fixed, so that we can get the funds out faster, because if we don't, these businesses will go out of business."

PPP is meant to help small businesses survive the COVID-19 pandemic by forgiving loans when used for certain expenses. However, a Defenders investigation found the federal loan program is taking far too long to give some business owners the help they need. It comes at a time when the Small Business Administration's program is already under fire for awarding big money to big publicly traded companies

While some of those large companies received sizable loans, Craig Rae waited more than a month to receive his $72,000 loan and it only came after we questioned his bank.

"We waited 34 days," the owner of Penrod Medical Equipment in Salisbury said. "I know the banks are in a tough spot too, but it's the most frustrating thing I've ever been through knowing that we're supposed to be on the front lines."

As Rae waited, his dwindling reserves forced him to lay off half of his employees who work to supply patients with needed medical equipment, including hospital beds, wheelchairs and patient lifts.

"It's been very, very difficult," he said.

Susan Morris called her experience applying for a PPP loan "a nightmare."

"It was quite, quite, quite a nightmare," the owner of Bethamy Retirement Center said. "We just didn't hear anything."

Morris said her assisted living facility's $126,000 loan application was also left hanging in the balance for nearly two weeks before she bailed on her longtime bank and tried another, which turned the loan around in three days. 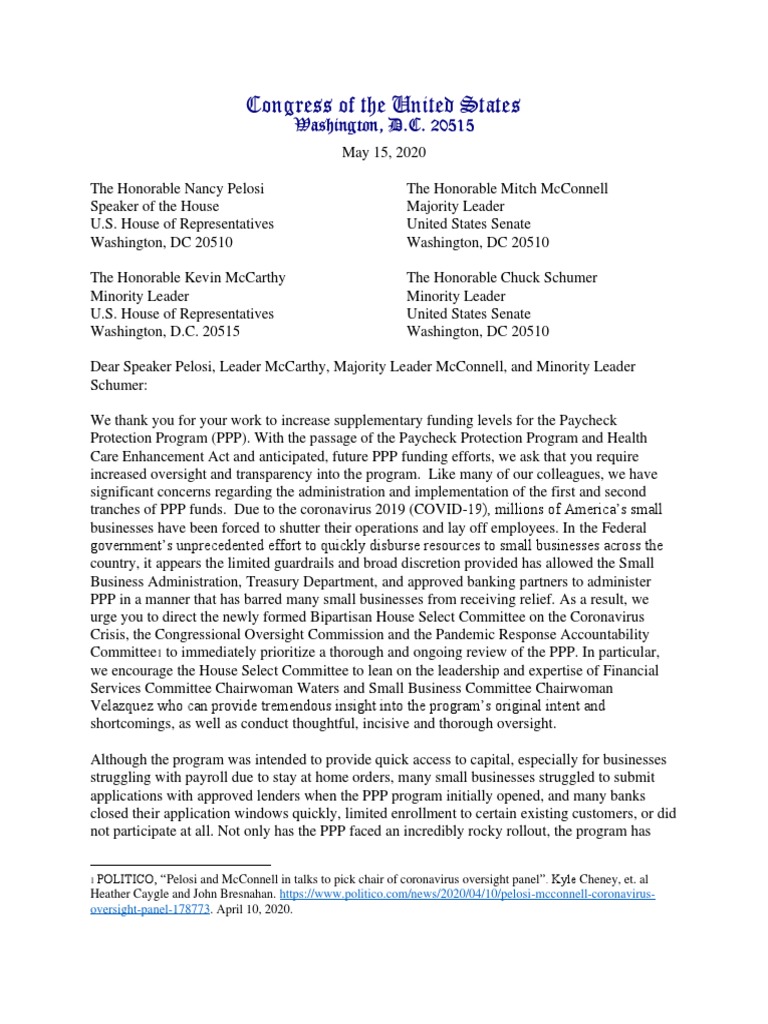 "It was terrible and we're trying to buy PPE equipment, we're having to pay staff overtime," she said. "Very disappointing and very scary in this time."

Jimmy Kleto said he also waited. The owner of Central Coffee Company applied for PPP loans for both of his coffee shops.

"It was probably a three week gap for the first one and a two week gap for the second," Kleto said. "I think a lot of the banks got caught off guard with how many applications they would receive in a short amount of time."

These small businesses owners are not alone. Trade associations representing a range of banks and credit unions recently sent a letter to the SBA and the United States Department of the Treasury, describing "significant problems submitting loan applications" and warning it's "taking too long to submit loans and get these funds where they need to go."

Rep. Adams, a member of the House Financial Services Committee, said PPP loans should be approved or denied in 10 days or less. She sent Congressional leadership a letter earlier this week, signed by more than a dozen colleagues, asking for a formal oversight inquiry.

"I think it's a good program," she said. "It certainly can be better."

RELATED: 33 million applied for US unemployment aid since coronavirus hit

She hopes the audit will identify who really is to blame for the program's delays and other problems and will ensure a quicker delivery of loans moving forward.

"I just think that that is absolutely ridiculous," Rep. Adams said of Rae's 34-day wait. "Thirty-four days this business could have been shut down."

Now in the midst of a second round of loans, the program has already awarded more than 4.4 million loans totaling more than $537 billion, according to federal records. That number includes the loan Rae finally received after weeks of waiting.

"I'm very relieved now," he said after receiving the funds, which allowed him to bring his small business back to full staff. "We're just glad to be able to be back in business and be able to look after our patients in a much better way than we were in the last few weeks."

Rae, Morris and Kleto said they applied for loans through Sun Trust, now Truist. The bank prides itself in being one of the PPP program's "most active lenders," providing more than 70,000 clients with nearly $13 billion in PPP loans so far. Truist would not directly address the delays, but said " our teammates will continue to work diligently to review applications and provide individual status updates via email."

In addition, Truist said applications were handled without preference for "larger or more affluent clients" and said the process is impacted by factors, including "our receipt of the application and the need for complete supporting documentation."