Tamara Brown missed her court appearance on Monday on the robbery charge because she was involuntarily committed. 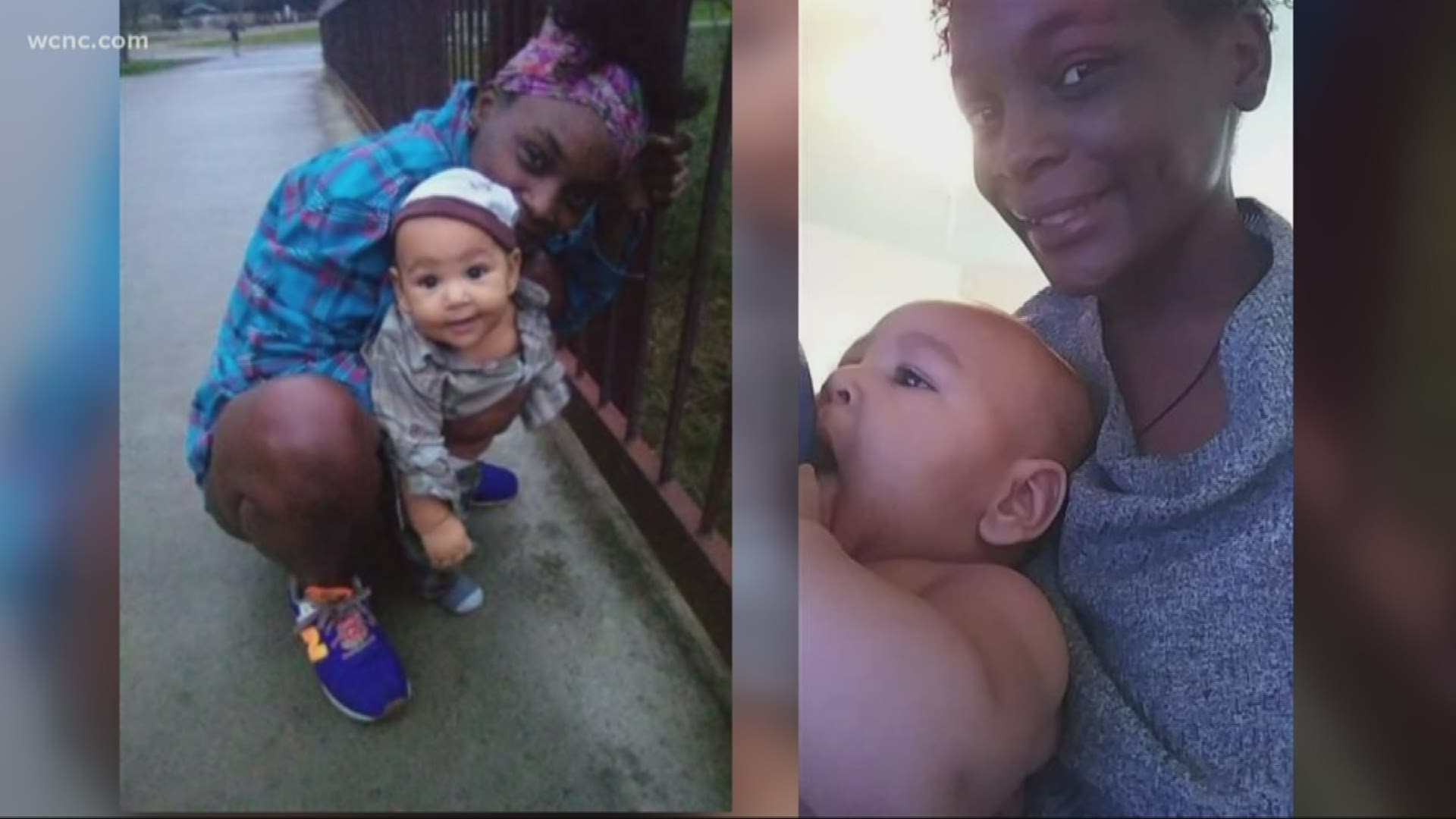 CHARLOTTE, N.C. — Saturday, police found the body of a missing 6-month-old from Matthews in a Charlotte cemetery. Monday, the boy's mother was expected to appear in court on a robbery charge.

According to the Charlotte-Mecklenburg Police Department, Tamara Brown robbed a 53-year-old man outside of the Walmart on Galleria Boulevard around 9:20 p.m. on Friday.

Around 10 p.m. Friday, Brown was located by CMPD officers, arrested and charged with robbery and assaulting a government official.

Brown missed her court appearance on Monday on the robbery charge because she was involuntarily committed.

The boy and his mother, identified by police as 30-year-old Tamara Jernel Brown, were announced as missing around 7 p.m. Friday night by the Matthews Police Department.

The Mecklenburg County Medical Examiner’s office ruled the baby’s death a homicide. However, CMPD says at this point they are treating the case as a death investigation.

CMPD did not say whether foul play is suspected.

Brown’s next court date for the robbery charges is scheduled for March 4.

A Charlotte robbery was caught on Ring camera, but that didn't stop the suspects

Should CMPD keep RNC security purchases secret until after the convention?