The Georgia Supreme Court will decide if video showing a dying veteran pleading for help as nursing staff ignored him, can be used in trial. 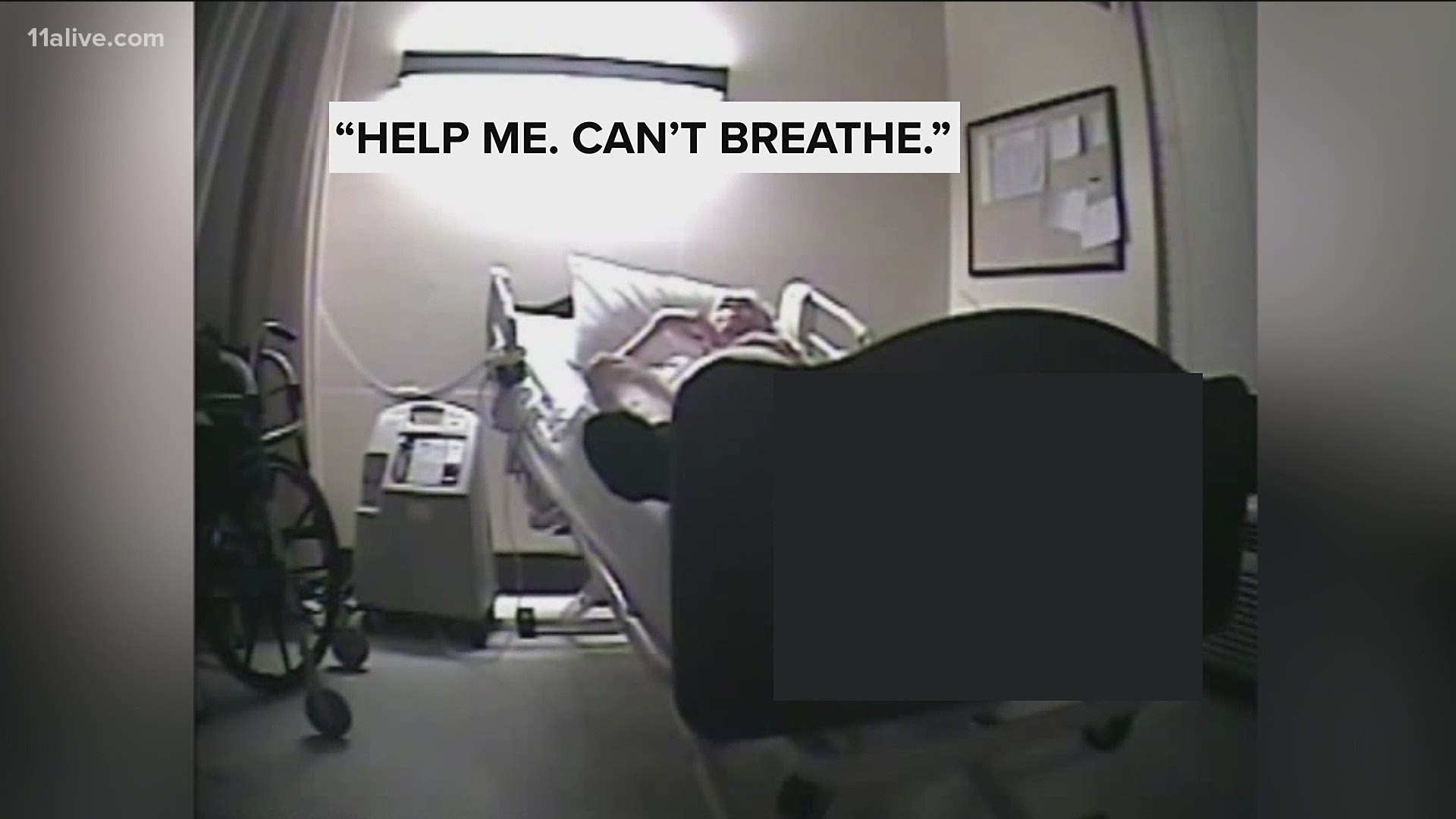 ATLANTA — Secretly recorded video shows a veteran in a nursing home begging for help as medical staff ignored him. Tuesday, the Georgia Supreme Court will determine if the key evidence used to charge the three women could be used during trial.

The 2014 video shows 89-year-old James Dempsey repeatedly yelling that he could not breathe. His son put the hidden camera in Dempsey’s room at the Northeast Atlanta Health and Rehabilitation.

A 2017 investigation by 11Alive's investigative team, The Reveal, lead to the arrest and indictment of nurse Loyce Agyeman, charged with felony murder; nursing assistant Mable Turman and nurse Wanda Nuckles, who were charged with trying to conceal his death.

Two and a half years later, the case remains on hold. The nurses’ attorneys have unsuccessfully appealed to lower courts, arguing the video was recorded illegally and therefore not admissible during trial.

The story continues below the video.

Tuesday, their attorneys had one last shot. This time, arguing in front of the justices at the Georgia Supreme Court.

Nuckles’ attorney, Gerard Kleinrock, told the justices that state law only permits surveillance video recordings in areas where there is not a reasonable expectation of privacy. He believes Dempsey’s nursing home room, where his client worked, falls under that expectation.

"So, if this court is to approve the use of this spy camera in this private location this court will in effect be saying spy cameras in inheritably private locations is permissible, which means bedrooms, bathrooms, locker rooms throughout the state of Georiga will be subject to spy camera placement,” Kleinrock said.

Some of the justices questioned that legal logic.

"Counsel, how would your client have a reasonable expectation of privacy in this space?” Justice Charles Berthel asked. “The supervisor could walk down the hall and stick their head in at any time. It’s not private with respect to your client, is it?”

"So, it was the videos that told the story, not the clinical record that we know what happened and all of the horrors that Mr. Dempsey had to live through,” Prieto explained.

In an interview with 11Alive in 2017, the DeKalb County District Attorney Sherry Boston said a conviction relies on the video.

"We would not be able to prosecute this case without that video, and those videos in my mind leave no doubt as to what happened in this case,” Boston said.

RELATED: 'Can't breathe. Help me,' he begged as nurses laughed. But jury may never see video of vet's death

Over the past few years, a handful of Georgia lawmakers have tried to pass legislation that would require nursing homes to allow families to install cameras in their rooms. It’s never passed. Now, Georgia’s highest court could potentially set case law that will do it for them.

The nurses and their attorneys declined on-camera interviews. All have previously denied any wrongdoing.

Oral arguments took place Tuesday morning, but it typically takes a few months until there is a decision from the court.

The Reveal is following this case and will share that decision when it comes down.

The Reveal is an investigative show exposing inequality, injustice, and ineptitude created by people in power throughout Georgia and across the country. It airs Sunday nights at 6 on 11Alive.

More of The Reveal:

Qualified immunity: Police off the hook for no-knock raid on wrong house