Royce Mitchell is accused of shooting and killing his pregnant 15-year-old foster sister while she was waiting for the school bus in 2009. 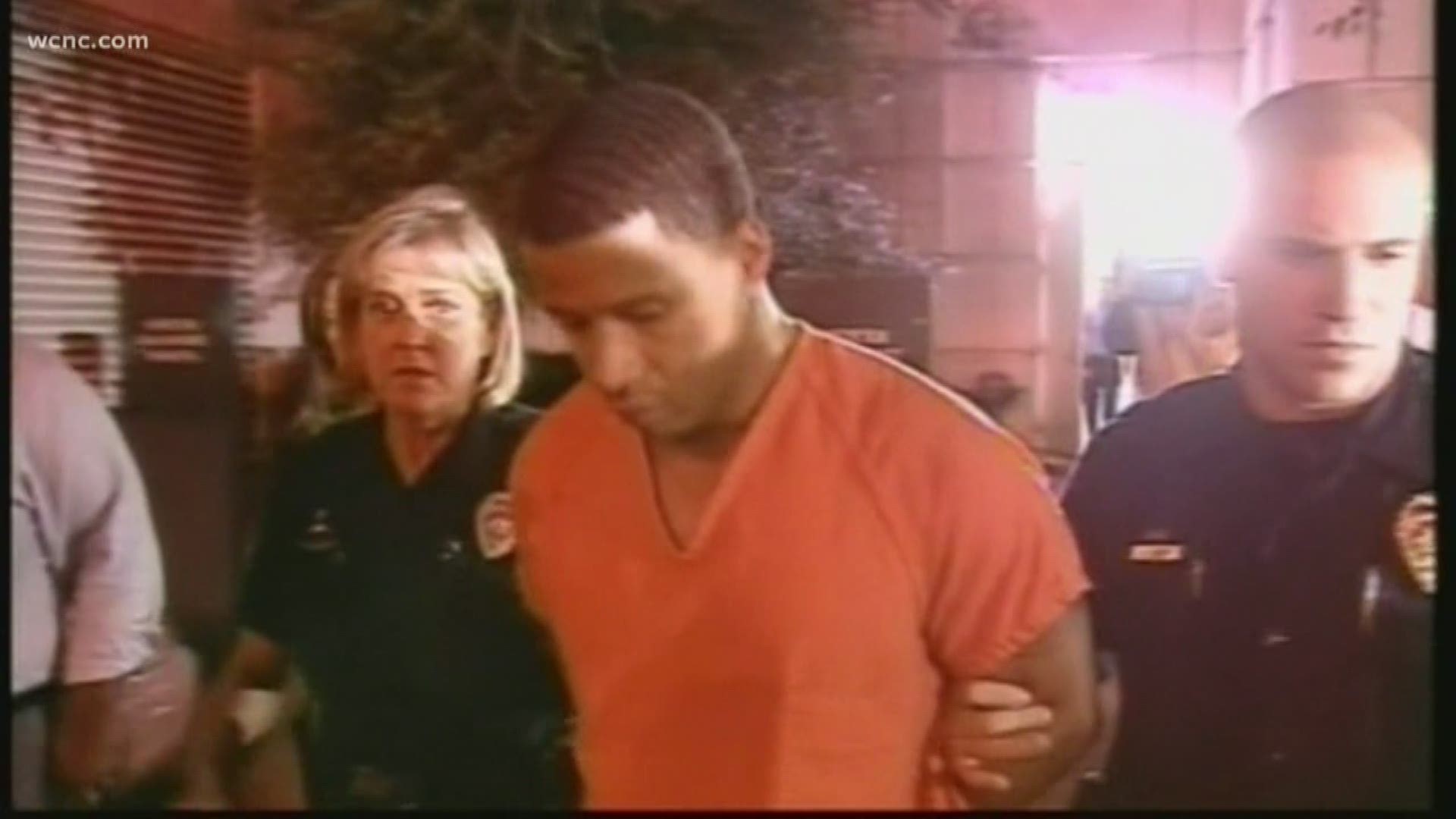 CHARLOTTE, N.C. -- Parents of children in a Charlotte youth football league say they are "horrified" and demanding answers after learning the coach of the team was arrested for murder, and has a lengthy criminal record.

"I was horrified," said Meghan Smith, whose 4-year-old son was on Mitchell's football team this spring.

Mitchell coached through a youth sports league called i9 Sports. According to a statement from i9 Sports Corporation, the organization conducts "very stringent" background checks.

"How did somebody like this slip through the cracks?" Smith asks.

Mitchell is accused of shooting and killing his pregnant 15-year-old foster sister while she was waiting for the school bus in 2009.

Medics delivered her baby on the scene but she died several days later.

Mitchell was a person of interest in the case early in the investigation. Shortly after, he was charged with statutory rape for allegedly having an illicit relationship with the teen.

Prosecutors later dropped the statutory rape charges against Mitchell, but a judge said he believed that Mitchell did have sex with the teen and sent him back to jail for violating the conditions of his release from federal prison.

None of this information came up on Mitchell's background check, according to a statement from the company. I9 Sports said Mitchell falsified his date of birth on his application and provided other false information.

"I'm frustrated and angry," Smith said, who added she found much of Mitchell's criminal history in a simple Google search. "I think they need to have a better system. It just doesn't make sense to me it just doesn't add up."

Here is the rest of the statement released by i9 Sports:

"i9 Sports Corporation was shocked and appalled to learn this week that one of its franchisee’s former volunteer coaches was arrested in early September and found to have a past criminal record. For the past 16 years, i9 Sports has been deeply committed to the safety and well-being of the athletes our independently owned franchises serve, which makes this discovery even more troubling. All franchisees must adhere to very stringent policies and procedures that mandate criminal background checks as part of the volunteer coach application process.

In this instance, Mr. Mitchell falsified his date of birth and lied about his prior record on his volunteer application submitted to the third-party background check company used by i9 Sports. This resulted in no reportable records for Mr. Mitchell. The third-party background check company adheres to national standards for employment screening under the Fair Credit Reporting Act (FCRA). Unfortunately, while an isolated case for i9 Sports, the process used by the independently owned franchise location did not uncover Mr. Mitchell’s past history due to his deception.

Mr. Mitchell was a volunteer coach in Spring 2018 and the local franchise did not invite him back as a volunteer coach for additional seasons due to attendance-related issues. i9 Sports and its franchisee are grateful that no reported issues or complaints were made during the season against this volunteer coach. Despite this disturbing situation, i9 Sports remains committed to providing a safe environment for the children that participate in its programs nationwide. The company is currently re-evaluating its background check process in an effort to ensure that this never happens again."