New Indy meets federal deadline but what other steps must they do to satisfy regulators?

New Indy Containerboard must lower hydrogen sulfide levels at its Catawba plant, which has led to a foul odor and thousands of complaints. 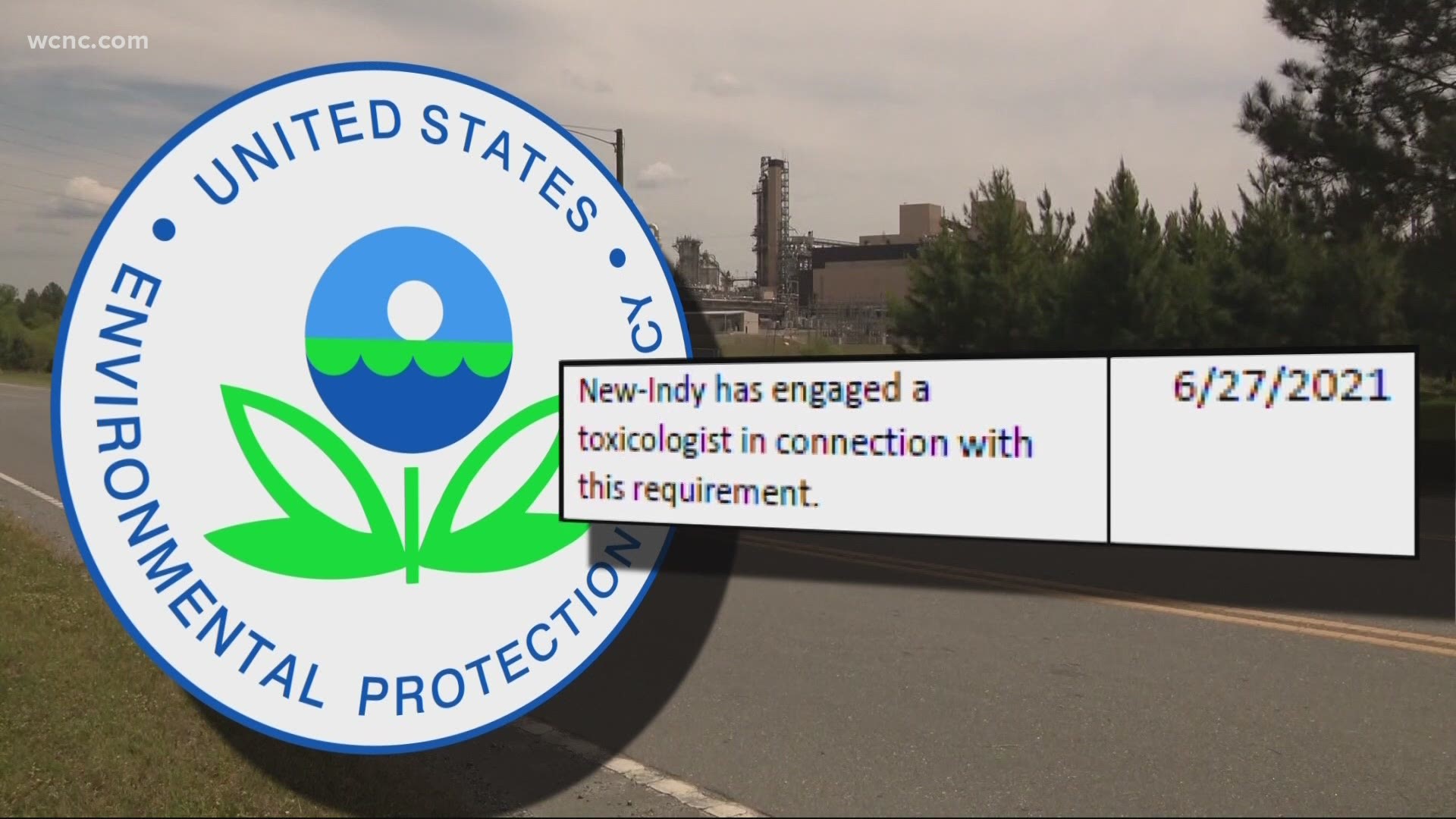 CATAWBA, S.C. — The Environmental Protection Agency (EPA) has released New Indy Containerboard's final remediation plan to eliminate a foul odor coming from its Catawba plant, which has led to thousands of complaints and concerns about future health impacts.

Both the EPA and South Carolina's Department of Health and Environmental Control (DHEC) determined the foul odor is the result of the facility releasing high levels of hydrogen sulfide.

Homeowners have said the foul odor has led to symptoms of nausea, headaches and nosebleeds.

The company is navigating parallel timelines from federal and state regulators to clean up its emissions, and the month of June is a critical period of time in the process.

New Indy faces a June 15 deadline to submit corrective action plans to DHEC, which detail how it's going to reduce hydrogen sulfide levels.

One of the corrective plans must focus on New Indy's wastewater treatment plant, which is one of the areas being investigated as a source of the odor.

Meantime, the company said it continues to remove solid crust from the surface of its outdoor lagoons.

June will be a BIG month in the ongoing federal and state orders for New-Indy Containerboard to lower its hydrogen sulfide emissions, which is causing that foul odor smelled by thousands of people. I broke down three dates to keep an eye on @wcnc:https://t.co/8ovL7alx1d pic.twitter.com/duDGxxudY7

The company will begin testing its stacks and vents on June 21 to see if emissions have increased.

Testing will last two weeks, and the company can't start any tests without DHEC scientists present.

New Indy also has a deadline on June 27 from the EPA.

New Indy must consult with a toxicologist and come up with a plan to ensure this process will never happen again.

Kerri Bishop, the founder of the Facebook group which first publicized the odor, hopes the company's plan will include upgrading its equipment.

It's why she recently started an online petition, and she wants homeowners to keep reporting what they smell.

"If we become complacent with that, they'll think there isn't an issue anymore, and we don't want that to happen," Bishop said.