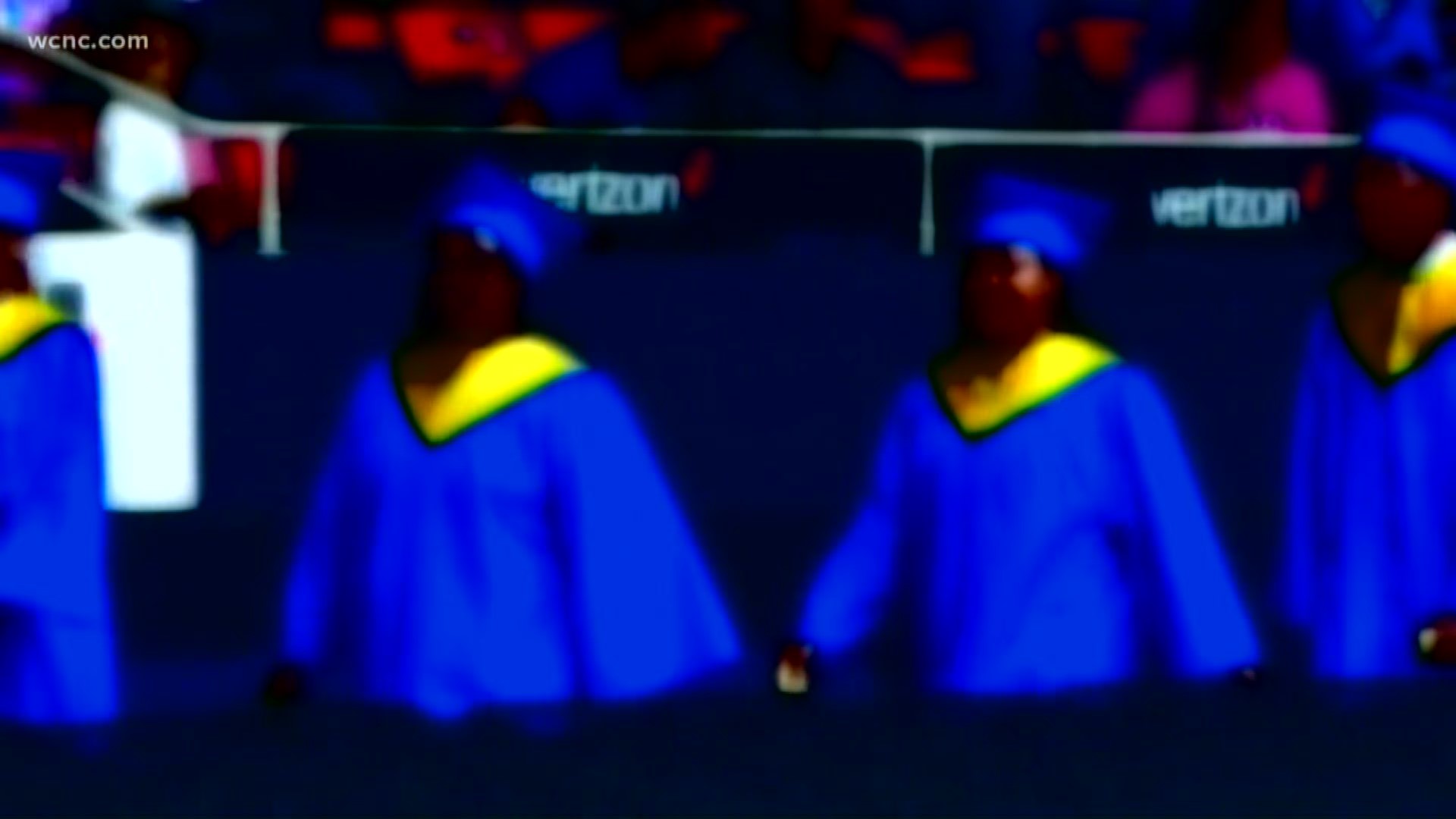 "It is a problem if we are simply pushing students through just to put a check next to their name," Johnson said. "That is not fair to students."

We showed Johnson Charlotte-Mecklenburg Schools records that reveal just how little time some seniors spent in online credit recovery courses leading up to graduation last year. Several of the students started and finished their credit recovery for a single course in a single day, according to records.

"This is a controversial topic," Johnson said. "The reason it can be controversial is we don't want to shortchange students. We don't want to just have them walk across the stage and get a diploma that's a piece of paper that doesn't actually represent that they are ready to go and succeed."

While he supports credit recovery as a second chance, Johnson said the program can have shortcomings. He said he, the North Carolina State Board of Education and North Carolina Department of Public Instruction are reviewing the issue to make sure the standards are high enough.

"To make sure that there are standards around credit recovery, so you can't just put a student in front of a computer for 10 minutes and then say, 'Okay, they've gone through the process. Here's a graduation diploma. We'll mark you as part of our graduation rate' and then they go off and they aren't successful," he said. "That's not what school's about."

Two educators from two different CMS high schools previously told us while some failing seniors go to summer school, others get a last-minute advantage securing their diplomas. Both said failing seniors who did not deserve to graduate still picked up diplomas with their class thanks to help from online credit recovery.

"It's defeating," one said. "You question whether what you're doing in your job is right."

"We're just setting the students up for failure by allowing that kind of behavior," the other said. 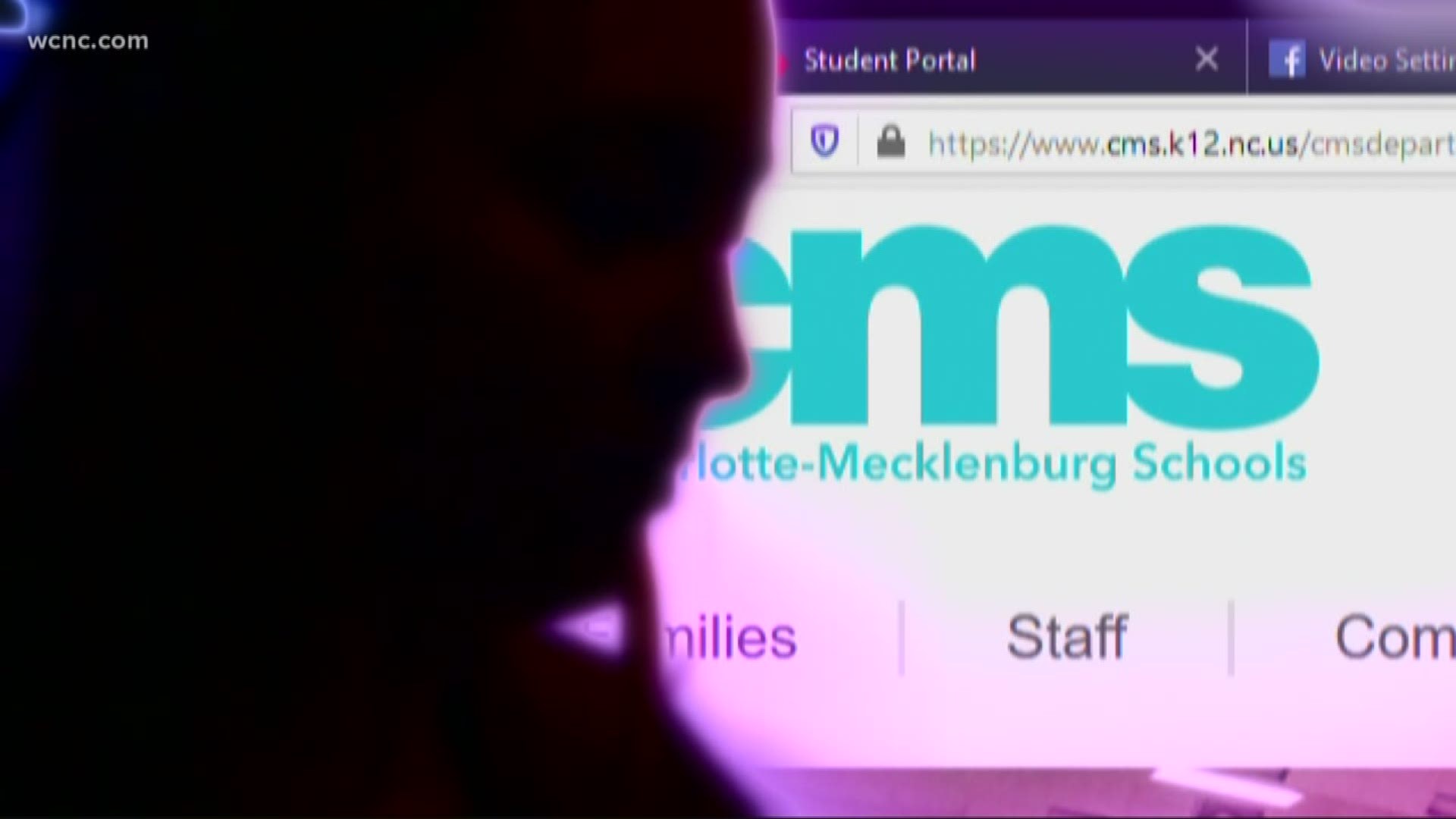 Our discovery also raised the eyebrows of Students for Education Reform Director of Organizing Sharika Comfort. The former CMS English teacher has long-advocated for credit recovery reform after she said she witnessed her former high school overuse the program to improve graduation rates.

"We are putting pressure on principals to graduate students and this is the result," Comfort said. "It teaches students that a high school diploma can be something that can be given to you instead of earned."

"The student is only recovering what's needed in which to earn the pass for the course," Dr. Hayes said.

"I feel like we have a lot of checks and balances in place," he said.

He has said, if what educators told us is true, the problem is likely isolated to only a couple high schools.

"I don't believe that is a system-wide epidemic," Dr. Hayes said. "I think this, if valid, is something that is maybe specific to one or two schools and we need to look into that."

Since our original story aired Monday at 11 pm, we've heard from two more CMS teachers from other high schools. Both said we've only scratched the surface.

"We're teaching (students) they can do nothing, do no work, take no responsibility for themselves, and somehow still be successful," one of the teachers said.

"The whole idea of academic rigor and accountability at CMS is and has been a smoke screen," the other said.

The central office wants to hear directly from those teachers and all teachers with concerns, even if just anonymously, so administrators can investigate.

"I hate that the teachers didn't feel that they had a voice internally," Dr. Hayes said. "I think that's a learning lesson for us that we'll definitely make sure that we advocate."

RELATED: 'We don't know how many there are', police warn of hidden skimmer targeting shoppers inside stores

RELATED: Babysitter pleads guilty to child abuse, mom says goal is to 'stop her from being a nanny again'

RELATED: 'He touched something that definitely wasn't his' | Woman says doctor touched her inappropriately during exam