NTSB: Dale Earnhardt Jr's plane 'ballooned up and then came back down' right before fiery crash

The NTSB said footage from the plane crash showed the airplane bounced at least twice before coming down hard on the right main landing gear. 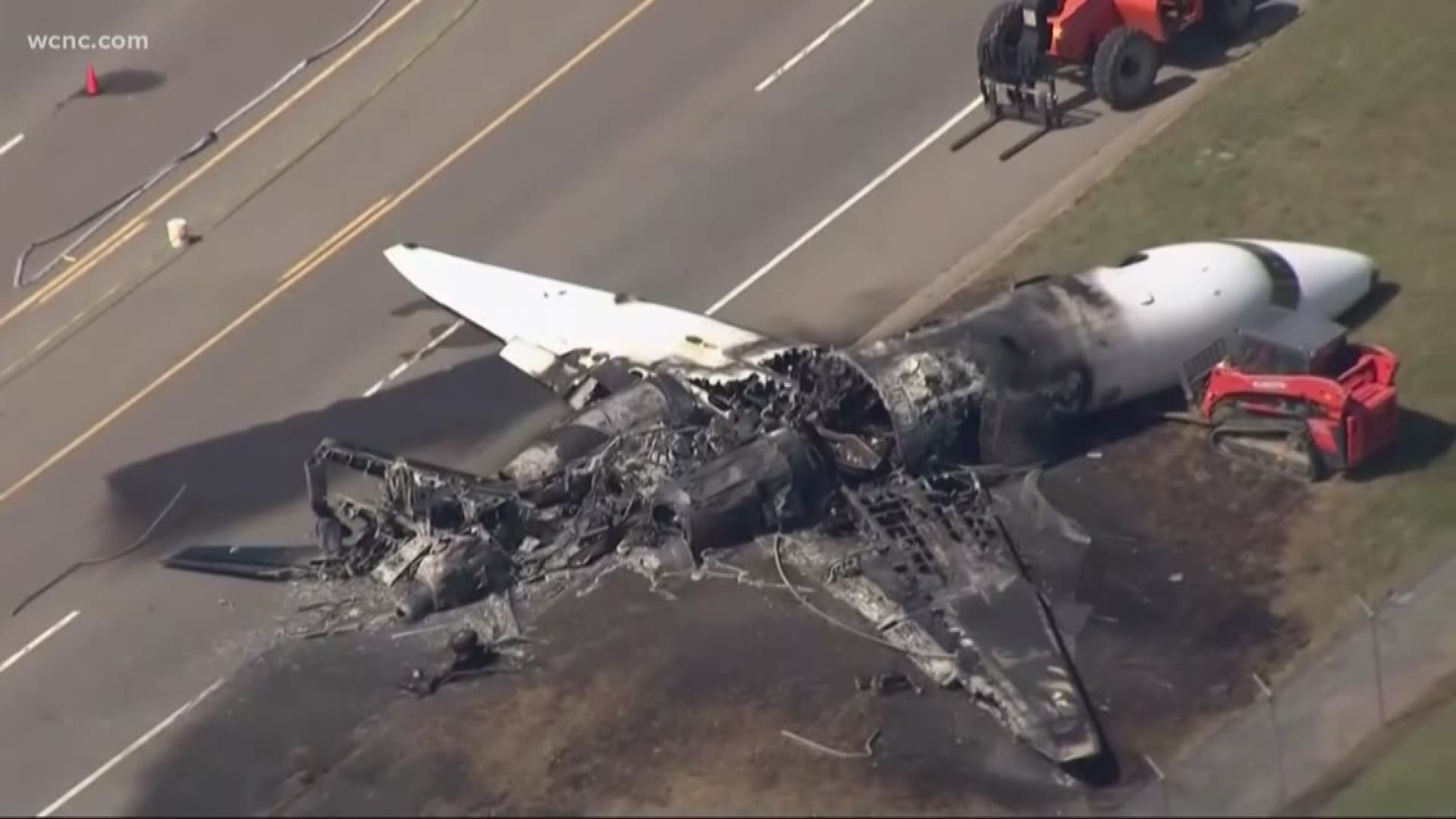 ELIZABETHTON, Tenn. — The NTSB is currently in Elizabethton investigating a plane crash in which Dale Earnhardt Jr., his wife Amy, and their 1-year-old daughter Isla were aboard.

The NTSB reports the flight originated in Statesville, North Carolina, about 20 minutes prior to the accident. According to investigators, weather conditions at the time of the flight were 'good.'

A senior investigator with the NTSB, Ralph Hicks, said footage from the plane crash showed the airplane bounced at least twice before coming down hard on the right main landing gear. Hicks said the airplane continued down the runway, off to the end, through a fence and then came to a stop on Highway 91.

"The aircraft actually went down into the ditch and came back up before it came to a rest," Hicks said.

The NTSB will be on the scene of the crash site for 2-3 days documenting the perishable evidence at the site. Investigators will then go into the cockpit and into the fuselage.

"We'll start by to cutting the airplane up and documenting all the flight controls, the engine controls and taking a look at the systems very methodically," Hicks said.

Earnhardt Jr's plane was equipped with a voice recorder, which will be sent to NTSB headquarters in Washington, D.C. for downloading.

Hicks said two professionally trained pilots were aboard the flight. Both pilots have spoken with NTSB and investigators. The NTSB said the pilot's recollection of the crash is very consistent with what the video shows.

According to the NTSB, the runway on which Earnhardt's plane crashed was about 4,500 feet long. The airplane was capable of landing on this runway, the NTSB found.

According to Hicks, the airport was not equipped with an operating control tower.

"The pilots basically call on their radio frequency to see and avoid procedures for their airport," Hicks said.

NTSB investigators were able to walk the full runway and noted skidmarks and tire tread marks that were consistent with Earnhardt's plane.

A preliminary report of the crash will be released by the NTSB in about a week. Hicks said the report will give basic factual information regarding the crash.

"We don't draw any conclusions at this time. This is the fact-finding phase of the investigation only," Hicks said. "So I won't be entertaining any calls or any speculations."

FAA records show the Cessna Citation was built in 2015 and is registered to Mooresville, North Carolina.

Earhardt and his family were transported to the hospital following the crash but were released later that night.

According to a spokesperson for NBC Sports, Earhardt will be taking off this weekend to spend time with his family.

Earnhardt Jr. is not the first NASCAR legend to be involved in a plane crash.

Alan Kulwicki was killed, along with three others, in a plane crash near Blountville, Tennessee, on April 1, 1993, while on approach to Tri-Cities Regional Airport.

Later that same year, another NASCAR driver, Davey Allison was killed in a helicopter crash while landing his helicopter at Talladega Superspeedway.