Tennessee owes thousands of families grocery money. You can still claim it.

Statewide, schools returned 60,000 pEBT cards to the state after parents failed to collect them. But there's still a way to get the benefits. 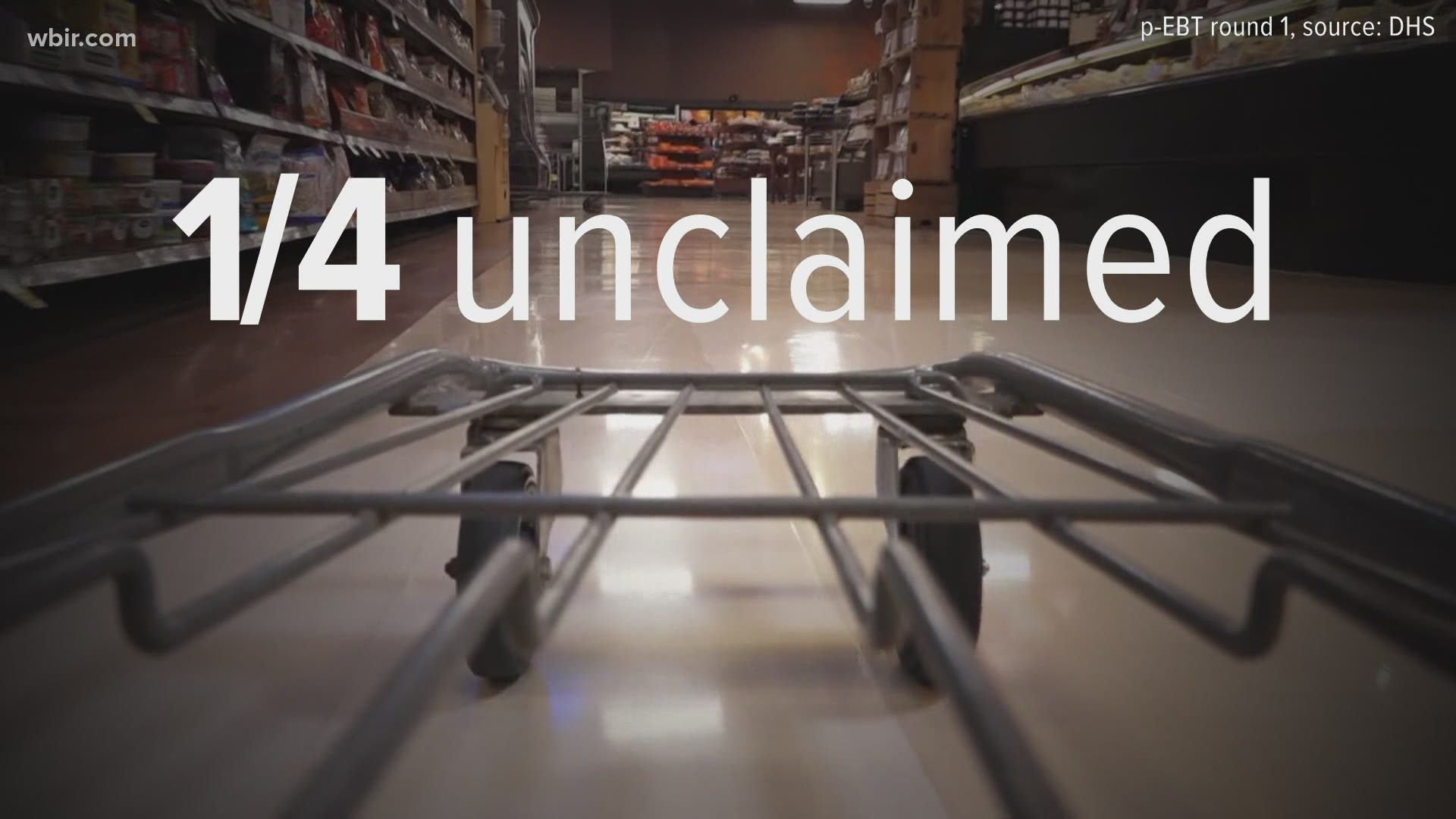 KNOXVILLE, Tenn. — Tens of thousands of Tennessee families did not pick up pandemic food assistance benefits mailed to school districts last fall, data from the Department of Human Services showed.

In Knox County, a third of eligible families—representing 4,600 students—did not claim the benefits from the first round of the Pandemic EBT program, the state said.

One possible reason: parents did not know to pick up the cards loaded with up to hundreds of dollars of grocery money.

She said she only found out about the benefit this spring—and didn't receive notification from the district nor the state.

In a statement, Knox County Schools spokesperson Carly Harrington said the district sent out messages in June and August using its mass notification system. It also made phone calls to parents once the 13,000 remaining cards arrived at individual schools.

But McDonald, a Knox County Schools employee who said she qualifies under the state's guidelines, said she never received any notification.

After the first round, the state sent pEBT cards directly to the homes of families who qualified. It plans to announce the fourth round of funding in the coming days.

DHS spokesperson Sky Arnold said families who didn't collect the first-round benefits may still be able to claim them. He said parents can call the pEBT hotline at 833-496-0661 or go to the department's website to file an appeal.

That's what Amanda McDonald plans to do.

"Like my mother always told me, any number is better than zero," she said.