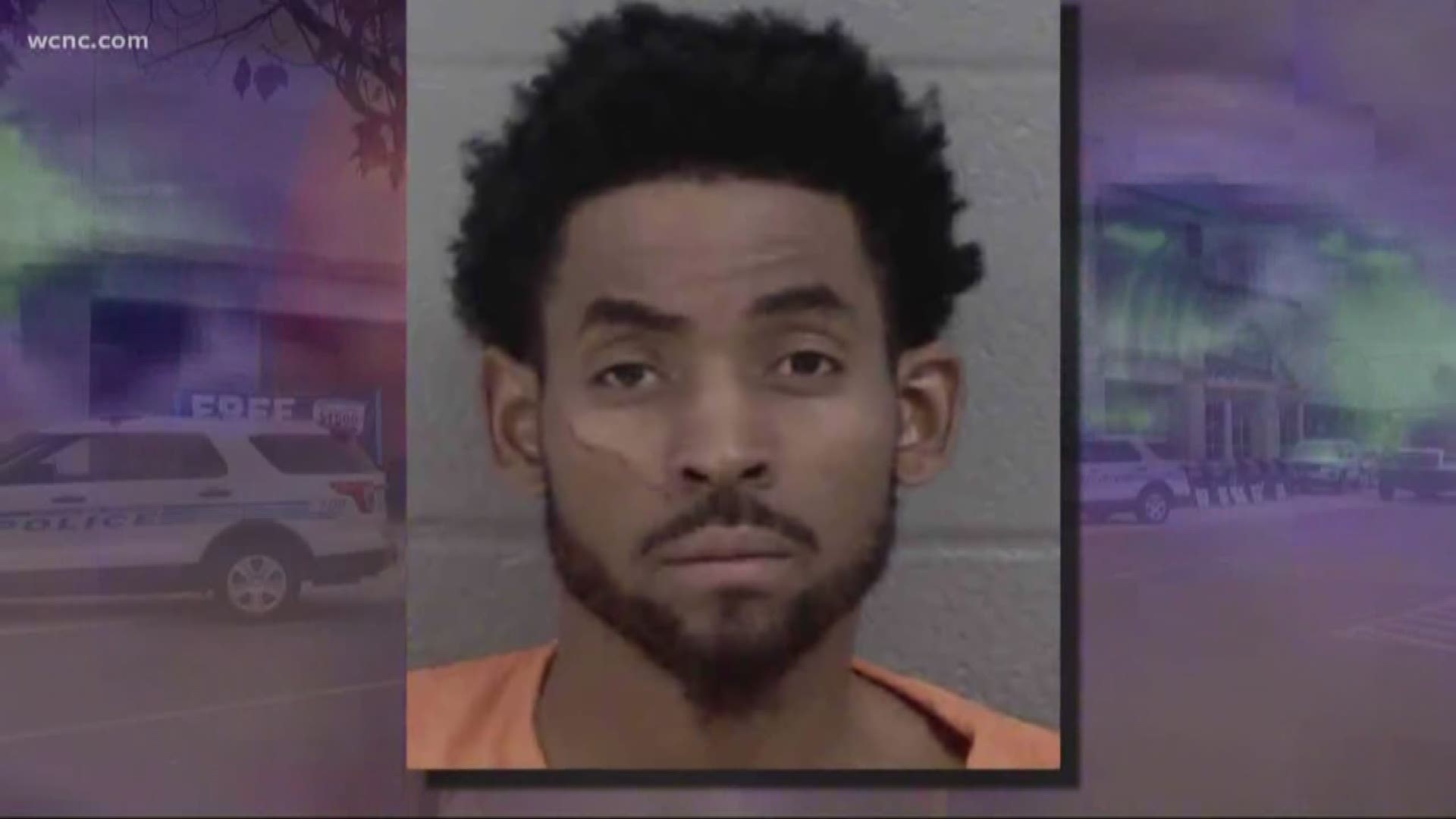 CHARLOTTE, N.C. — A man was arrested following a stabbing inside the Lowe's Home Improvement store at the Whitehall Commons Shopping Center in southwest Charlotte on Tuesday.

The suspect was identified as Justin Campbell. He made his first court appearance via video on Wednesday.

Around 11:35 a.m., responding emergency personnel found an injured man inside the store, located in the 8100 block of South Tryon Street near Interstate 485.

The man suffered wounds to his head and chest, according to cell phone video recorded by a witness inside the store.

The witness told WCNC NBC Charlotte reporter Kendall Morris the suspect allegedly asked for money outside the store before following the victim inside. The witness said he works with the victim.

"When my guys go inside, he go in the back of my guys. He [took] the knife and punch him," the witness said. "He fighting several minutes inside."

The witness described the weapon as something similar to a sheetrock saw, which could be described as a large knife.

In the cell phone video, emergency personnel can be seen tending to the man, who is alert and sitting up. The injured man, identified by friends as 40-year-old Antonio Melgar, was taken to Atrium Health's Carolina Medical Center for treatment of life-threatening injuries.

"Officers were able to locate and arrest a suspect and are not looking for anyone else at this time," a Charlotte-Mecklenburg Police Department spokesperson told WCNC NBC Charlotte. "The investigation is still very active."

"We aware of an incident in our store today. We are actively assisting local law enforcement and respectfully ask that you reach out to them for details."

The Charlotte Fire Department responded to the scene along with CMPD and Medic.

The store was closed Tuesday while authorities investigated.

Campbell was charged with several crimes including attempted 1st-degree murder. He was arrested in March on charges of carrying a concealed gun.

NBC Charlotte will update the latest on this developing story.