No one was injured in the incident, which happened at the Walmart off Independence Blvd. 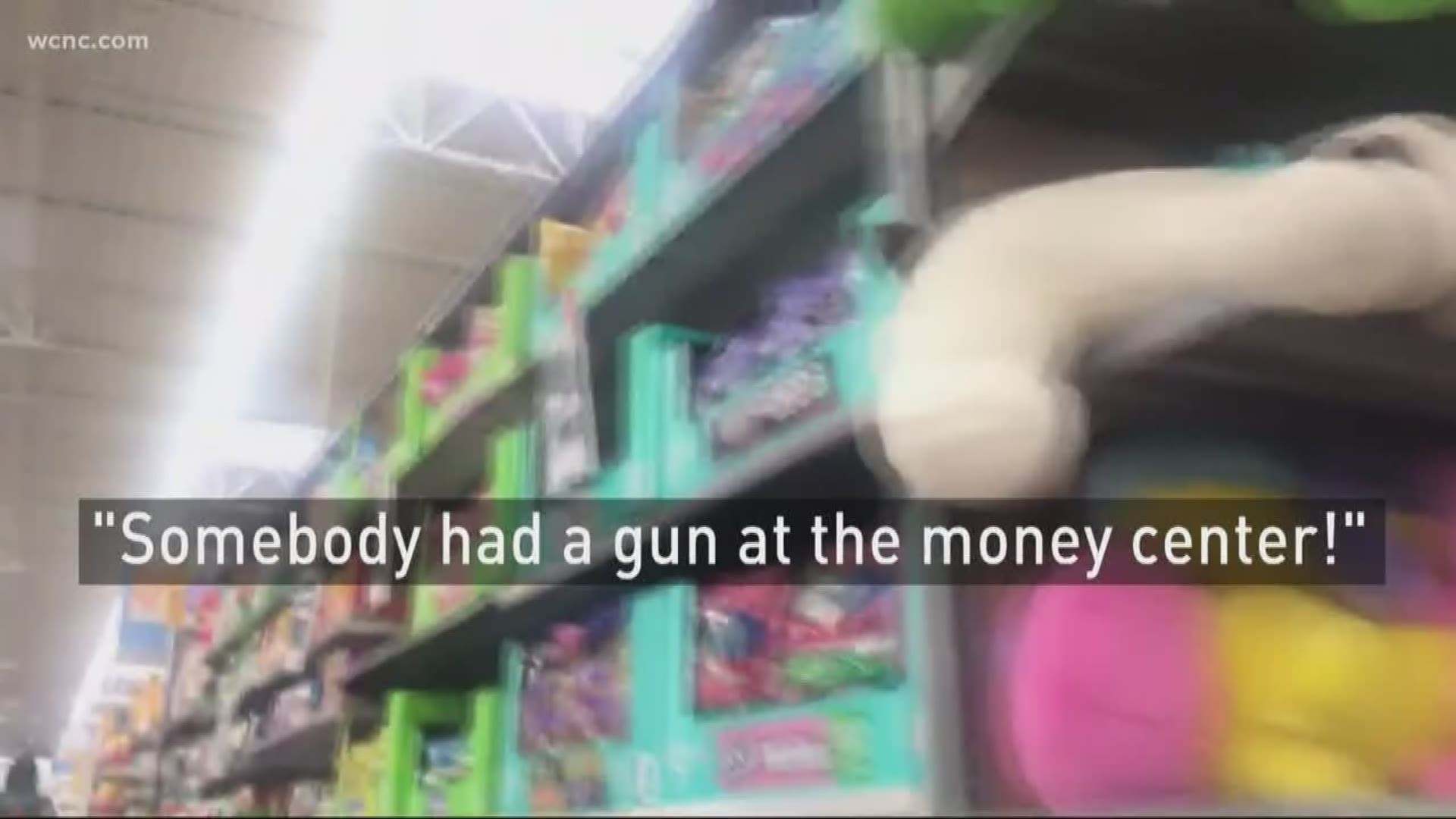 CHARLOTTE, N.C. — Shoppers and employees evacuated a Charlotte Walmart Tuesday morning after a man pointed a gun at a customer.

CMPD said it happened before 10 am at the store off Independence Blvd. near Bojangles' Coliseum.

No one was injured, and police haven't arrested a suspect.

Officers said two people got into an argument after one man accused another man of looking at his girlfriend.

Investigators said one of the men then pulled out a gun and pointed it, but he didn't fire any shots.

Cellphone video inside the store showed employees and customers evacuating through the back of the store.

"Somebody had a gun at the money center!" an employee yelled. "All the customers gotta come out this way!"

CMPD said the gunman left the store before officers arrived, and the victim didn't cooperate.