Woman says sidewalk grate flipped on her, a year before man fell through same spot and broke his back

"Someone needs to address this before somebody dies," Anika Haye says after seeing someone else fall through the same Charlotte sidewalk grate she did. 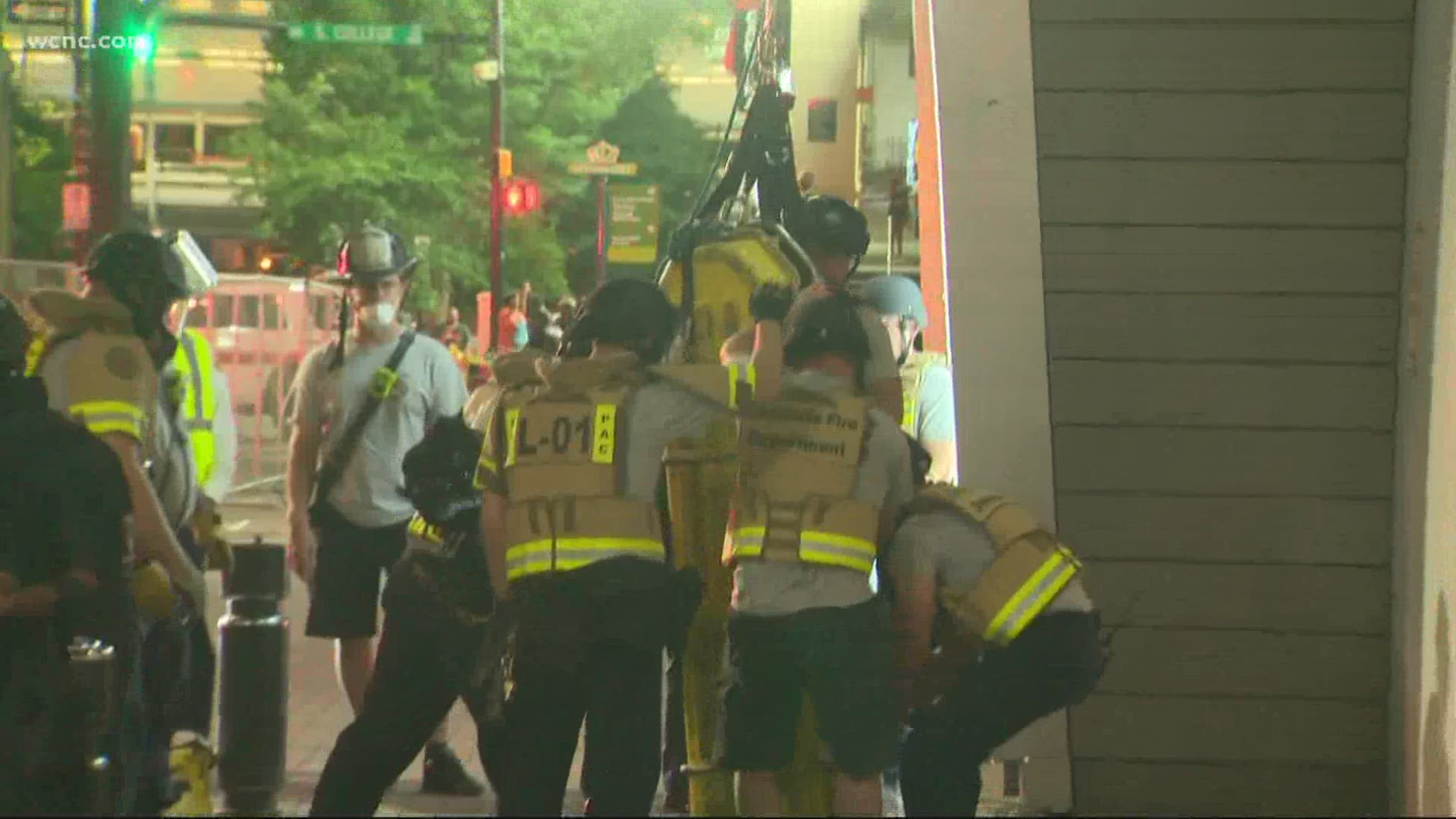 CHARLOTTE, N.C. — Days after Charlotte firefighters rescued a man who fell through a sidewalk grate during protests in Charlotte, the WCNC Charlotte Defenders have learned there is no government agency ensuring the safety and security of sidewalk grates.

On Saturday, an 18-year-old man fell through the grate and his rescue was seen live on television during coverage of the ongoing protests. Anika Hayes saw that coverage and contacted our Defenders team saying the same grate collapsed on her last year.

“It’s so scary because I've been in that situation,” said Hayes. “I was in shock because I couldn't scream."

It was the Saturday night of the NBA All-Star Weekend last year when Hayes said she found a scooter on the sidewalk grate.

“It was stuck in the grate, and I went to twist handlebars,” said Hayes.

Hayes says the next thing she knew she was falling.

"The sidewalk grate flipped from under me,” said Hayes.

Hayes tells WCNC Charlotte she was able to catch herself during the fall but broke a rib in the process.

She was able to hang on until help arrived and she was taken to the hospital.

About a year later, officials said  the teenager fell 20 to 25 feet breaking his back.  According to the police report, the grate had been pulled off by protesters.

“No one should be able to move this grate, this grate should be as secure as the concrete, that's like the ground falling from under you,” saidHayes.

Hayes says after the incident she filed a complaint with the city of Charlotte, but the city said they do not maintain sidewalk grates.  The Defenders team asked personal injury attorney Christian Gerencir who responsible for maintaining sidewalk grates.

“It really comes down to who's the owner,” said Gerencir.

A city spokesperson told WCNC Charlotte on East Trade Street is owned by the adjacent property owner through what’s called an Encroachment Agreement, which means the owner accepts any liability for issues that may arise from the grate.

“This is a public nuisance,” said Hayes.

WCNC Charlotte asked Gerencir if there’s any government agency that regulates the safety of sidewalk grates.

“Generally, the answer is going to be ‘No’,” said Gerencir. “It’s generally solely on the property owner themselves.”

The adjacent property is where the Omni Hotel is located, but it’s not clear who actually owns this grate.  The city told WCNC Charlotte since the building was built in the 1970’s, the agreement is on paper instead of electronic records.  A city spokesperson said due to the coronavirus, staff with access to the records are working from home and unable to provide them.

“I would 100 percent agree with that. There needs to be some sense of responsibility,” said Gerencir.

Fortunately, the 18-year-old is expected to survive.   Hayes says she’s recovered, but she worries about the next person that encounters the grate.

“Hundreds and thousands of people are walking across every day,” said Hayes. “Someone needs to address this before someone dies.”

WCNC Charlotte reached out to the representatives of the Omni Hotel several times throughout the week for any information about who owns the grate, but they have not responded. 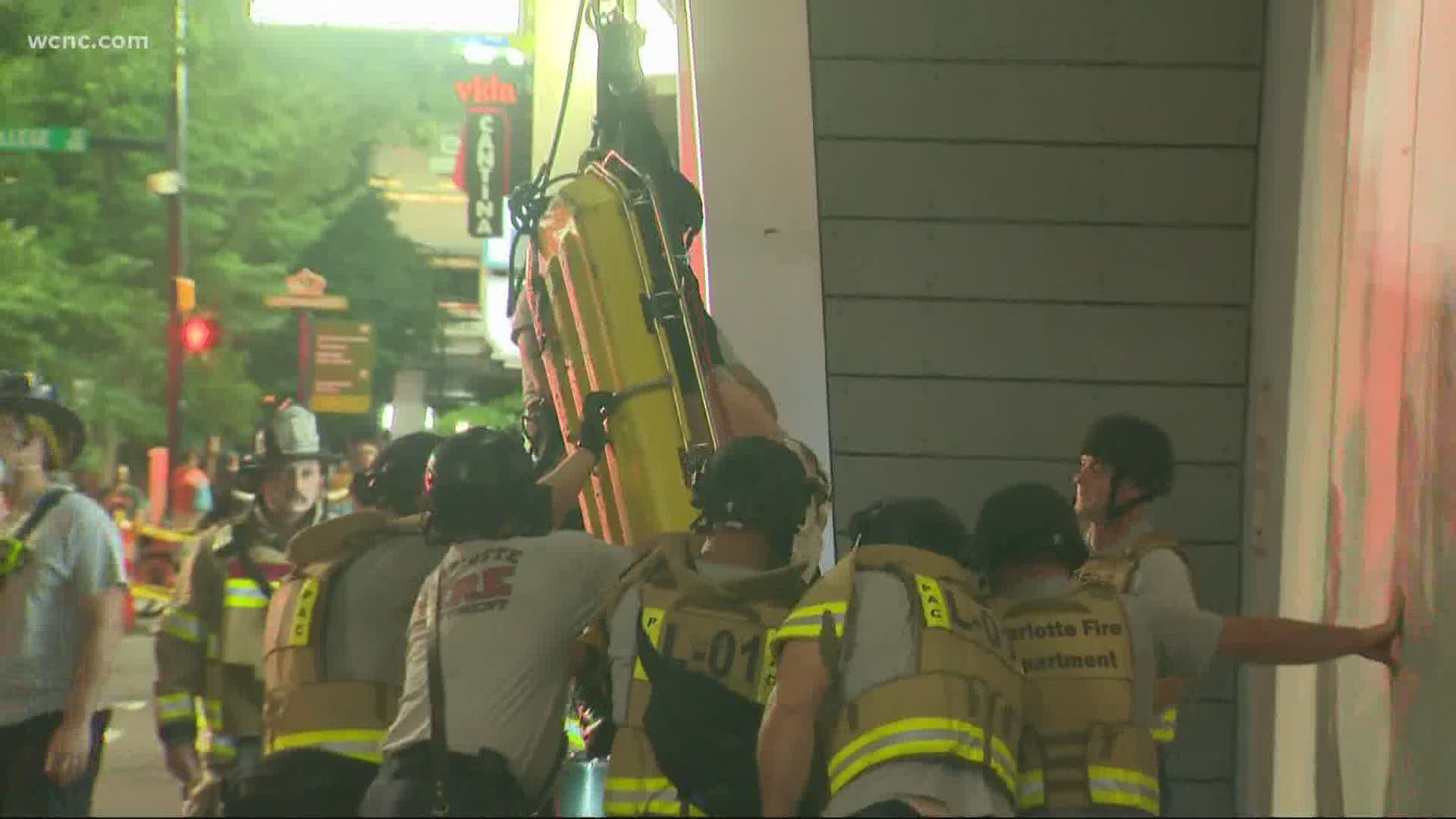