Kemba Walker shined in what might've been his last game as a Charlotte Hornet, WikiLeaks founder Julian Assange was arrested in London and a North Carolina lawmaker proposed putting the state on Daylight Saving Time year-round. 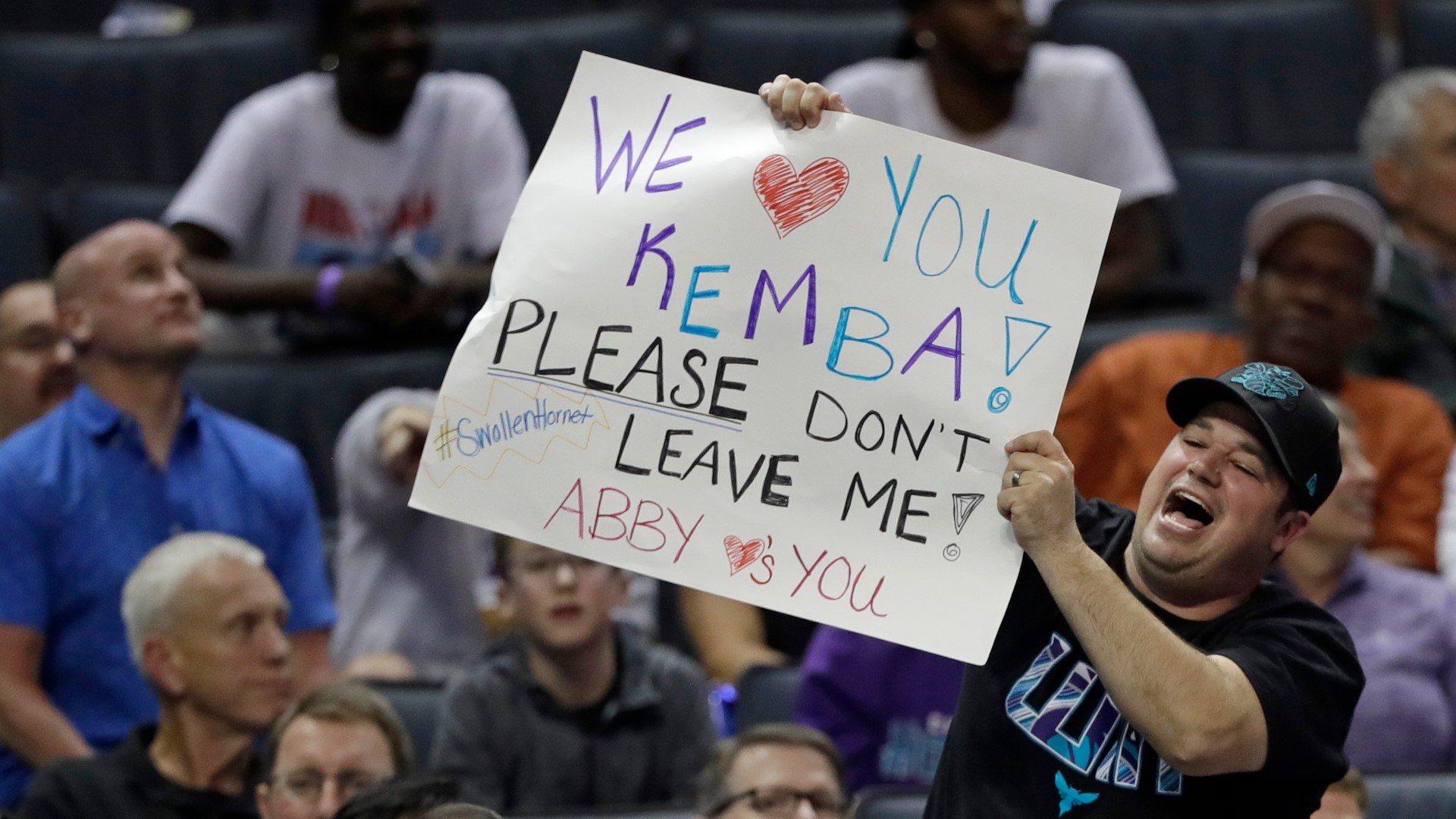 1. The Hornets were eliminated from playoff contention in what many people think was Kemba Walker's final game in Charlotte

The Hornets entered the night needing a win and a Detroit loss to the New York Knicks to clinch the final playoff spot in the East.

Aside from Walker's sharp shooting, nothing went right for Charlotte. Walker, a three-time All-Star, is a free agent and faces an uncertain future after eight seasons with the franchise.

If this was his curtain call in Charlotte, Walker certainly left Hornets fans with a memory of what they'll miss. The franchise's leading scorer was 16 of 25 from the field and had five assists. He received a standing ovation and a hug from coach James Borrego as he left with 1:06 remaining.

"MVP!" chants for Walker started midway through the fourth quarter after he scored his 39th point, and he spent a few extra minutes on the floor after the game hugging almost everyone before heading to the locker room.

Police in London say they've arrested WikiLeaks founder Julian Assange at the Ecuadorian embassy on a court warrant dating back to 2012.

In a statement Thursday, police said Assange has been taken into "custody at a central London police station where he will remain, before being presented before Westminster Magistrates' Court as soon as is possible."

Assange hasn't left the embassy since August 2012 for fear that if he steps off Ecuador's diplomatic soil he will be arrested and extradited to the U.S. for publishing thousands of classified military and diplomatic cables through WikiLeaks.

Tired of changing your clocks twice a year? A new bill in the state House would eliminate that pesky task for good.

4. An alligator was pulled from High Rock Lake. That's not normal.

Wildlife officials are trying to figure out how an alligator ended up in High Rock Lake this week.

The discovery was made in Davidson County -- more than 100 miles northwest of where gators are expected to be found. The animal is young and about 2.5 feet long, according to officials.

5. Disney released the first full-length trailer for 'The Lion King'

The "live-action" remake of the 1994 film retells Simba's story from lion cub to king of the African Pride Lands. Disney released the trailer Wednesday morning, 100 days before the film is set to premiere.

The star-studded cast includes Donald Glover as the adult Simba, Chiwetel Ejiofor as the villianous scar and Beyonce as Nala, Simba's friend and love interest. James Earl Jones will be reprising his role as Mufasa, Simba's father.