Local groups uniting to fight for immigrant children at the border

Several organizations, including Action NC, Indivisible Charlotte, Latin American Coalition, Coalition for Cultural Compassion and Comunidad Colectiva will be joining forces for the Families Belong Together March and Vigil. 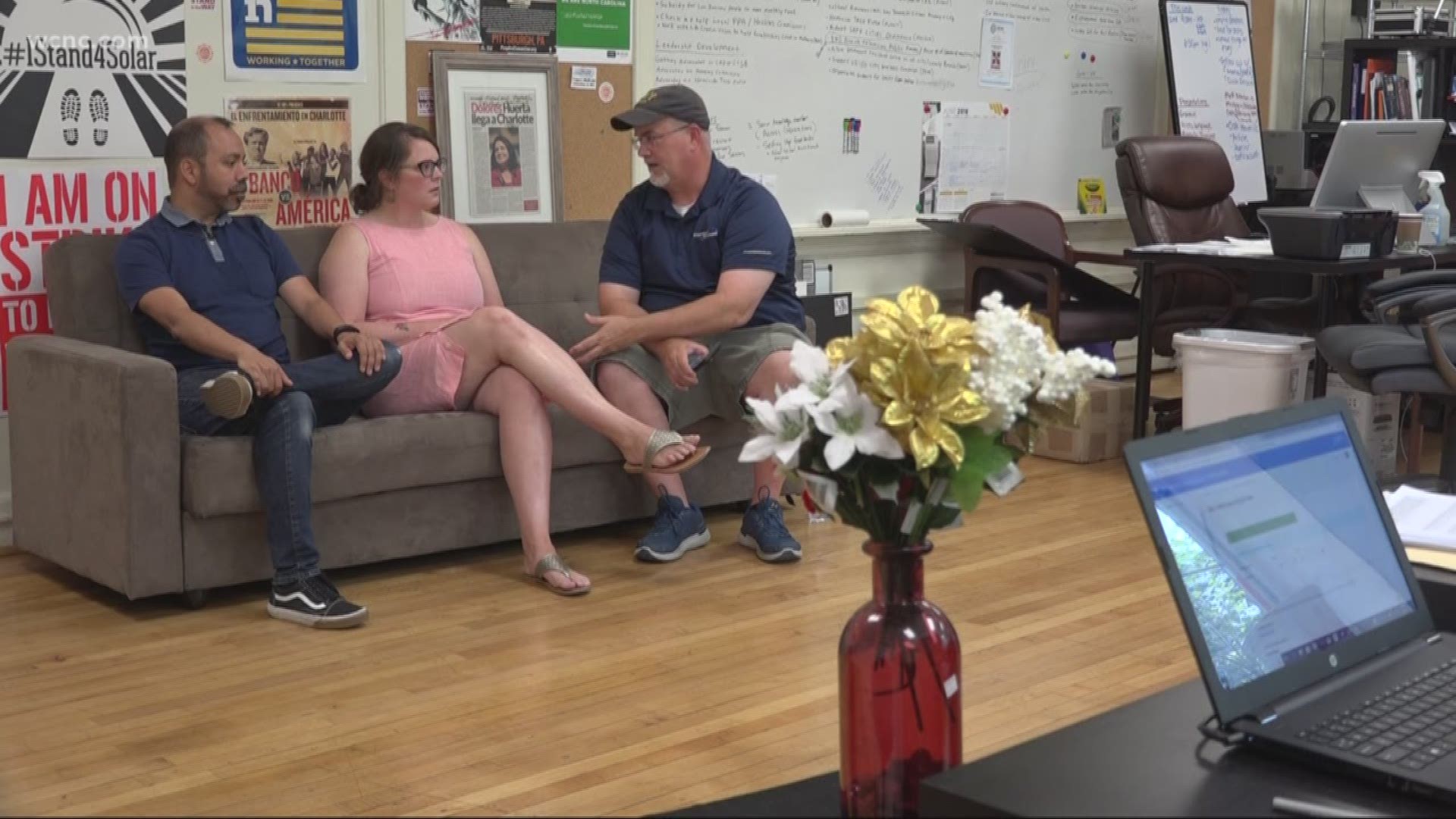 CHARLOTTE, N.C. -- Local groups in the Queen City are uniting to fight for immigrant children separated from their families at the border.

Several organizations, including Action NC, Indivisible Charlotte, Latin American Coalition, Coalition for Cultural Compassion and Comunidad Colectiva will be joining forces for the Families Belong Together March and Vigil. The event will take place from 6:30 to 9:30 p.m. on June 30 at First Ward Park.

Kelly Carter, a social worker and mom who is part of Coalition for Cultural Compassion, is one of the main people helping organize the event.

“We all need to be aware and involved in doing everything that we can on our part to stop this from happening,” Carter said.

Since May, Lutheran Services of the Carolinas says it has helped place five children separated from their parents at the border into foster care in South Carolina.

“These children need people to defend them represent them, and we have to protect these families,” said Scott Huffman, leader of Indivisible Charlotte.

Hector Vaca, Charlotte director for Action NC, said he felt compelled to get involved because many of the members of Action NC are immigrants who feel very strongly about this issue.

Carter said she hopes people in Charlotte take away from the event more awareness of what is going on at the border and how families are being treated.

“I can’t imagine anything worse as a mother than my child being taken from me, and me not knowing where they are or if they’re ok,” she added.

On Wednesday afternoon, President Trump signed an executive order to keep families from being separated at the border.

Government officials told NBC News the order would allow families to be held in immigration detention together. Officials also said it would not stop the “zero tolerance” policy of charging people with a misdemeanor for entering illegally.

"If you're really, really pathetically weak, the country's going to be overrun with millions of people, and if you're strong, then you don't have any heart,” President Trump said.

A group of senators, including North Carolina Senator Thom Tillis, introduced legislation Wednesday called the Keep Families Together and Enforce the Law Act, which keeps families together while upholding immigration laws.

“We need our elected officials to have a heart,” Vaca said. “They need to think about, what would happen if their children were in this situation.”