The child was discovered around 5 p.m. Thursday in a vehicle in the Lowe's parking lot at 10625 McMullen Creek Parkway. 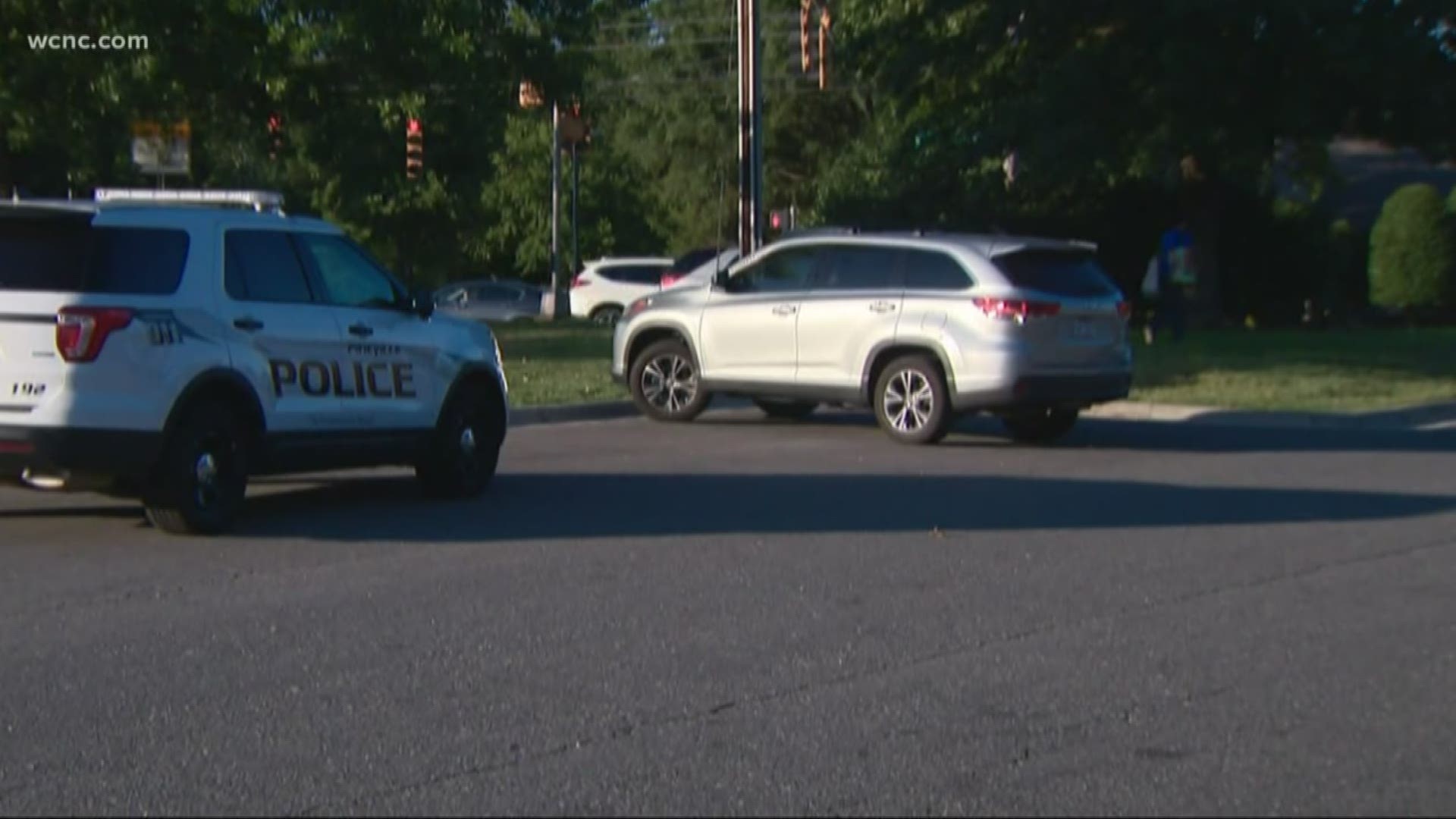 PINEVILLE, N.C. — A 1-year-old boy is dead after being left in a hot car, Pineville Police said.

The child was discovered around 5 p.m. Thursday in a vehicle in the parking lot at Lowe's at 10625 McMullen Creek Parkway.

"Lifesaving measures were taken and the child was transported to Atrium Pineville via Medic, however unfortunately pronounced deceased at the hospital," police said.

Police said the child is in the custody of the Mecklenburg County Medical Examiner’s Office where the investigation will continue.

Police told NBC Charlotte the foster mother went to work at some point in the day and realized after her shift that her son was still in the car. Paramedics said over the radio the boy had been inside the car since 10 a.m.

"We don't know the state of mind at the time, what caused her to forget but unfortunately it did happen," said Lt. Corey Copley.

The foster mom is cooperating with investigators, police said.

Police were studying the car seat in the back, taking pictures, and trying to understand how this happened.

They’re warning other parents to cut back on distractions behind the wheel.

"Everyone has a busy life we all understand that but nothing is more important than your kids," said Copley.

This is 37th hot car death nationwide. A group called kidsandcars.org is pushing for the Hot Cars Act to be passed, which would require technology in all cars to help prevent tragedies like this.

"The lights on your car could be blinking, your horn could be blinking, you could get a message on your phone, it could go to 911, all of that technology exists today. These are simple things to put in place but boy it is life and death sometimes," said Janette Fennell, founder of kidsandcars.org.

According to Pineville Police, no criminal charges have been filed at this time and the case was ongoing.

Hurricane Dorian now expected to be Category 4 at landfall