3 things you need to know ahead of swarm season

A woman in Baxter was out for a jog on Easter Sunday when she came face-to-face with a swarm of bees on the trail. 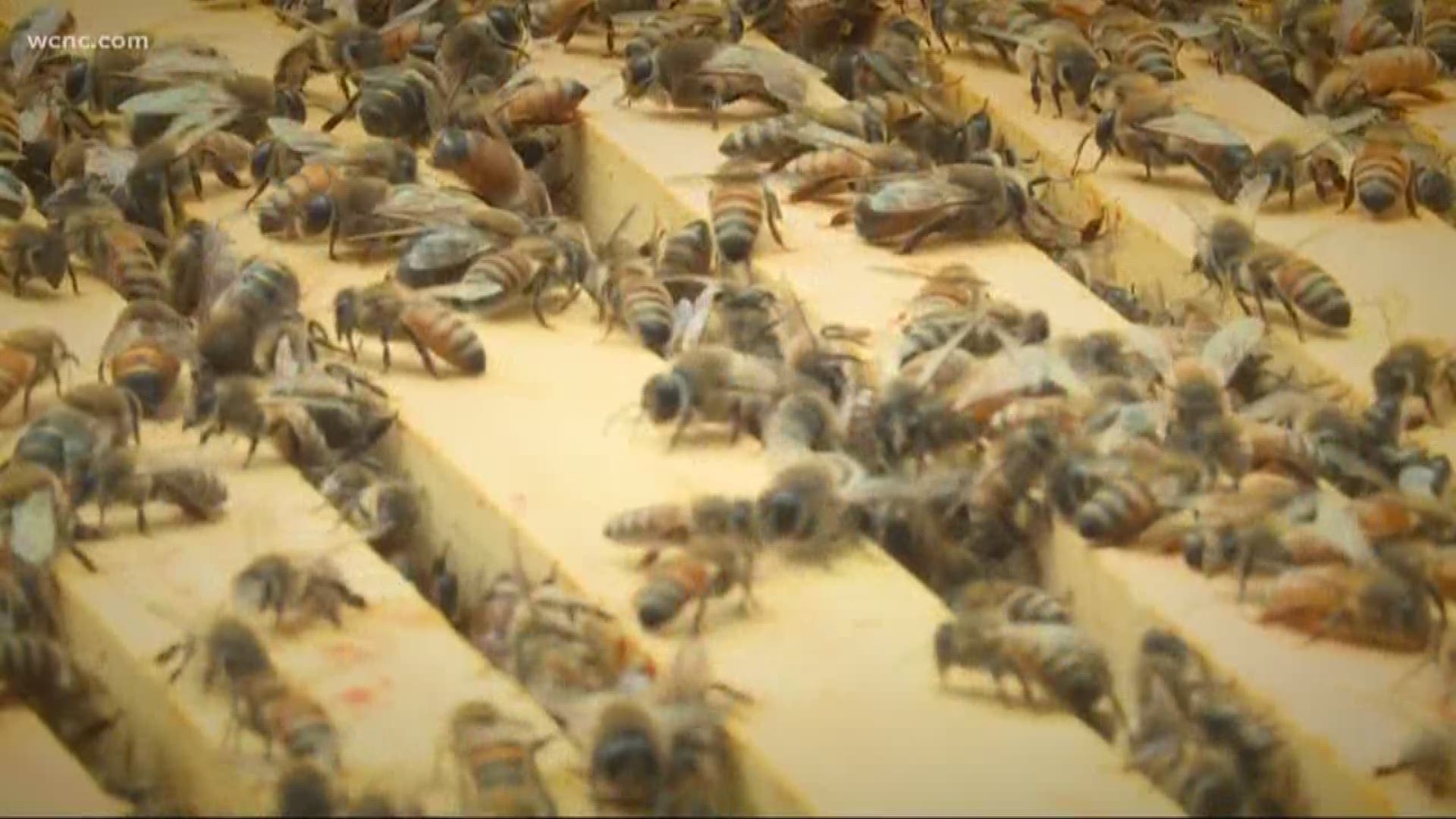 YORK COUNTY, S.C. -- A woman in Baxter was out for a jog on Easter Sunday when she came face-to-face with a swarm of bees on the trail.

Most people would buzz past the busy creatures who are capable of delivering a sting but instead of leaving, she called Chris Dobbins and Caitlin Anderson, a York County couple who are now beekeepers.

"We have a dog, our dog is super low maintenance but in my opinion, bees are the best pet that you can have," Chris said.

Their new pets came along after Chris joined the York County Beekeepers Association. Now, he has a sweet spot for the honey bee.

"I name a few, Caitlin named the queen [bees]. I think she named one queen, Beyonce," he said.

The "Bey Hive" is Beyonce's fierce fan club, not to be confused with a beehive, which houses tens of thousands of bees.

When the hive becomes too populated, the queen bee (not Queen Bey) leaves the hive all together to reproduce while looking for a new place to build a hive, hence the term "beeswarm."

If you're seriously allergic, there are good reasons to keep your distance from honey bees but Chris and Caitlin's message to most is that the bee is incredibly helpful to not only our local landscape but also our local economy.

"If we want fresh produce, if I want strawberries, we want our peaches, our apples, we depend upon the honey bees to get that," Chris said.

The honey bee fuels a plants' growth with its pollen.

Bee swarms are common during spring but Chris said since they don't have a hive to protect, a swarm of bees is usually harmless.

He says the most important things to remember about the honey bee:

As for Chris, he'll continue to tend to his hives. He recommends contacting the York County Beekeepers Association if you have a question about bees or are looking for ways to safely relocate them.