The woman stopped the mower, but the blades were still moving, according to authorities in Lincoln County. 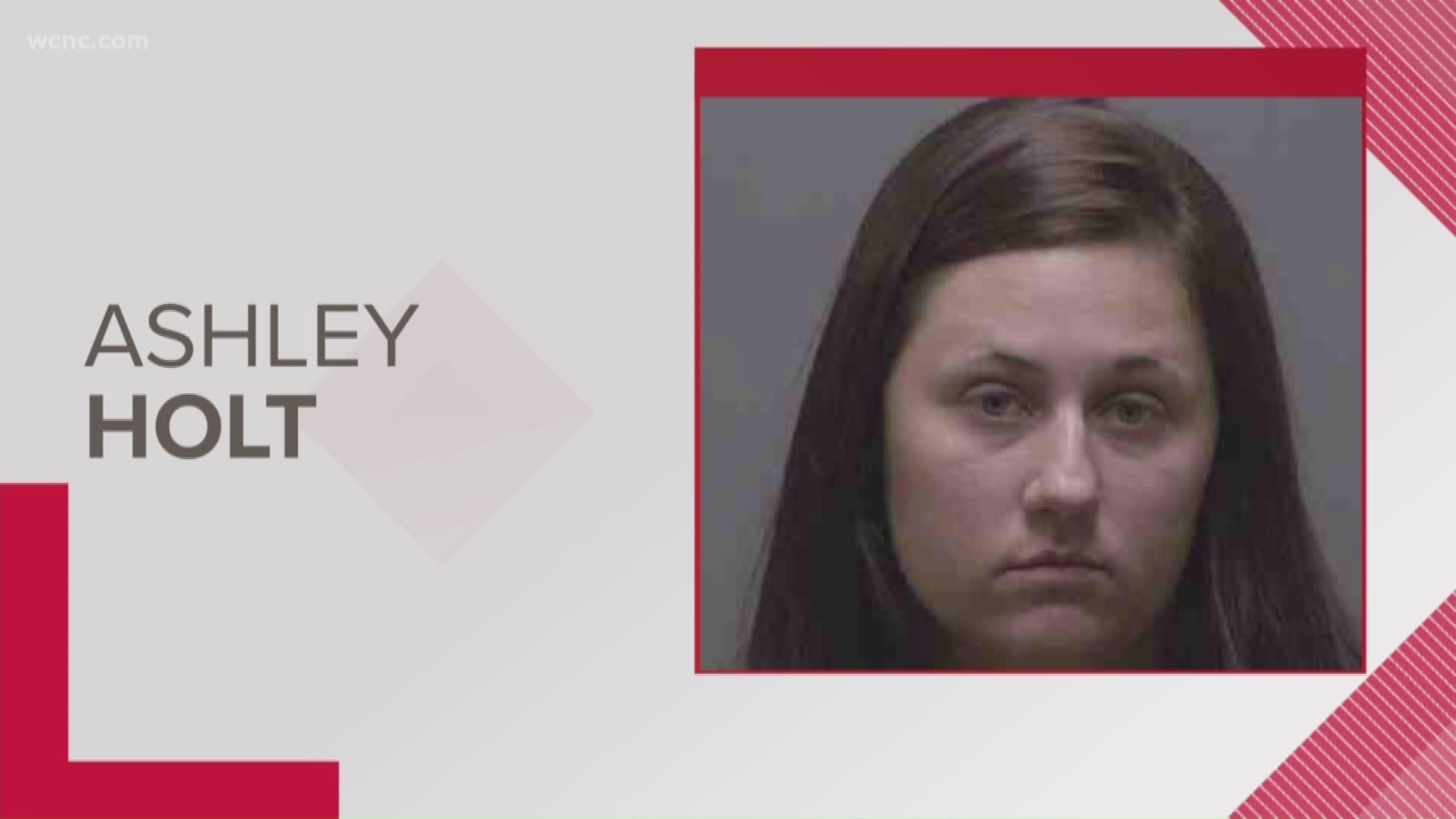 LINCOLN COUNTY, N.C. — A mother has been charged with felony child abuse after her son fell off of a lawnmower back in March, the Lincoln County Sheriff's Office reports.

Officials said the 8-year-old boy was airlifted to a Charlotte hospital after falling off a riding lawn mower in Lincoln County.

Officials said 27-year-old Stacey Holt was mowing a lawn on Clark Creek Road around 5:15 p.m. when the accident happened. Authorities said the woman had a small child on her lap, and 8-year-old Braiden was riding on the deck of the zero-turn mower.

Officials said Holt stopped the mower, but the blades weren't stopped. Braiden fell from the deck of the mower and was struck by the blades, which hit his left leg and both his arms, according to officials.

The boy was airlifted to Atrium Health and taken into emergency surgery and remains in the hospital while he undergoes further treatment.

On April 2, deputies announced Holt, the boy's mother, was arrested with one count of negligent child abuse with serious bodily injury. She was released after posting a $2,500 secured bond, deputies report.

Robert Holt, the boy’s stepfather, tried to clarify what happened when NBC Charlotte spoke to him Wednesday morning.

Holt said the mother, the boy, and a two-year-old little girl were on the mower with the blades off when Braiden slipped and fell backward. As the boy was falling, Holt said he grabbed the button that turns on the blades.

Then the two-year-old, according to Holt, hit the arm of the mower, which made it turn. Braiden grabbed the girl as she was falling and threw her to the side to avoid the blades, Holt said.

“She didn’t get a scratch cause of him,” he added.

However, Holt said Braiden hurt his leg and seriously injured both of his hands.

"He never shed a tear,” Holt said. “He was happy to ride in the helicopter, which landed across the road. He told his mom that he was alright. It was just his hands. They were hurt, told her to stop crying."

Holt said the family appreciates the support and prayers the community has offered as they work to get through the terrible accident.

"So many people's talking about, 'Why would a kid be on it?'” Holt said. “I mean, I remember growing up on my dad's lap and my mom's lap riding, out there helping them push the lawnmower, so I mean everybody does it. It's part of life."

According to the American Academy of Pediatrics, more than 9,000 children in the U.S. go the ER with lawnmower-related injuries every year. Doctors said injuries range from burns after touching a hot engine to limbs severed by blades.

The American Academy of Pediatrics does not recommend taking a child as a passenger on a riding mower and added only teens 16 and older should operate one.