The spot where the massive excavation of the pipe tore through the earth is now beginning to grow grass. 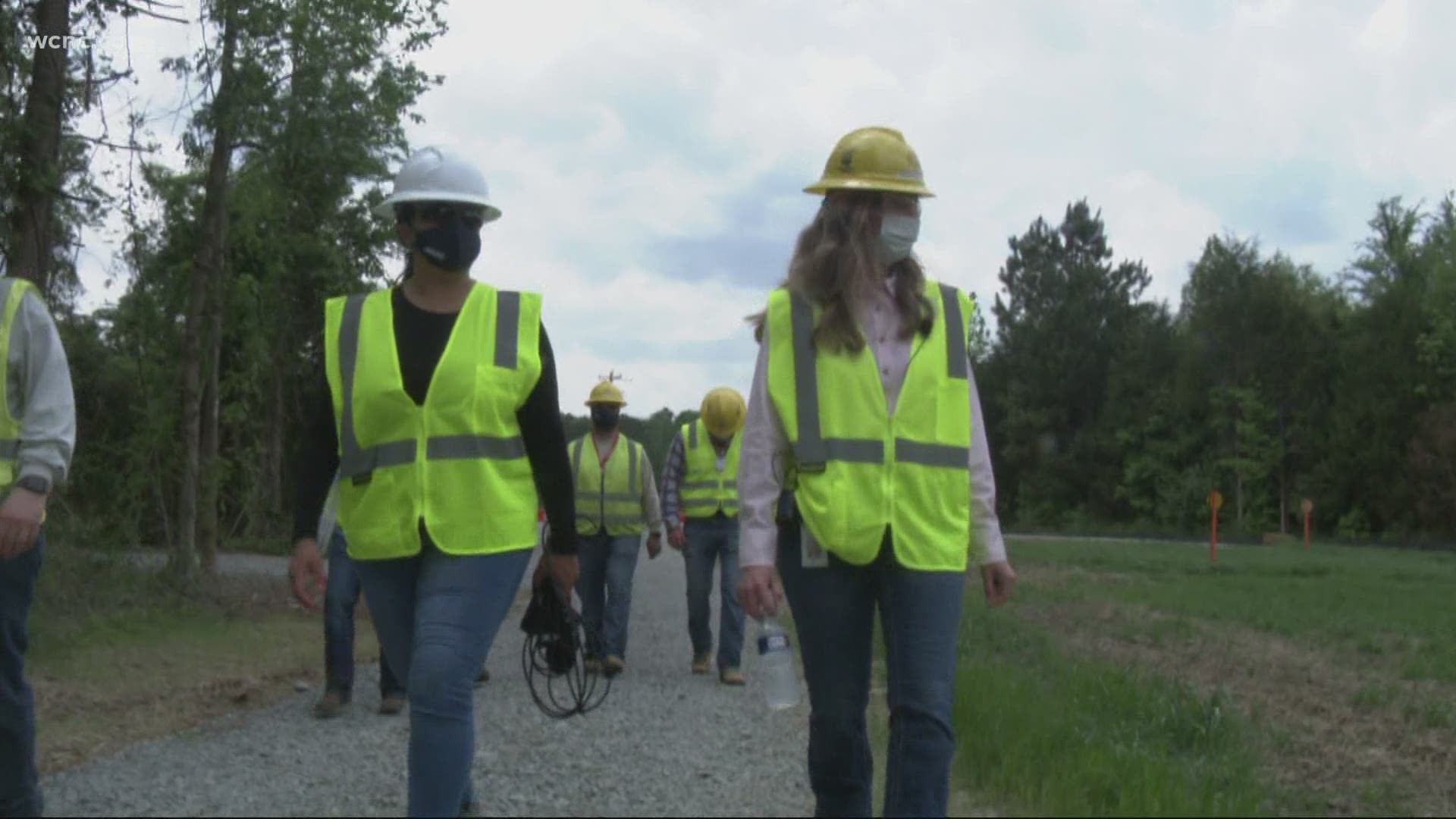 HUNTERSVILLE, N.C. — Signs of life are returning to Oehler Nature preserve in Huntersville, eight months after the Colonial Pipeline cracked, causing the largest gas leak of its kind in decades.

The spot where the massive excavation of the pipe tore through the earth is now beginning to grow grass. But dozens of work trucks exposes pipes and massive frac tanks show the work to clean up the spill is far from complete.

New estimates suggest the leak was much larger than initially anticipated. New data from imaging below the surface reveal the leak was at least 1.2 million gallons of petroleum, according to the North Carolina Department of Environmental Quality.

On-site Thursday, Angie Kolar, vice president of operational services for Colonial Pipeline, said the impact was greater and deeper than they initially thought.

“We’re continuing to use the science and the data to learn more and more information about the site as we proceed,” Kolar said. “We continue to revise our estimate based on the best available data at the time.”

Colonial Pipeline has installed a network of 241 wells for monitoring and recovery of the product. Kolar said the company remains hopeful that the existing network in place will be sufficient to reach the new depths of the leak. The new discovery is in the same general vicinity as the original, Kolar said.
“We may need to tweak it or to install additional wells to capture it, we don’t know that yet,” she said.

Meanwhile, the wells continue pumping petroleum from the leak at a rate of 3-5,000 gallons per day, Kolar said. Large blue frac tanks then transport the recovered product off-site.

There are air quality monitors lining the property. Scientists are also testing to ensure the safety of drinking well water that supplies the residents. To date the company has performed more than 600 tests on 22 wells, Kolar said. Thus far, they have not discovered any spillage in the water, she said.

“Our priority from day one has been the health and safety of the public and the community, and protecting the environment,” Kolar said. “Our goal here is to recover the product as quickly as possible and return the nature preserve and the rest of the properties back to the way it looked before this release happened.”

Kolar could not provide a timeline for when the work will be completed, saying “data and science” will drive their process.

“We regret that this happened to begin with and we’ll be here as long as it takes to make it right,” Kolar said.

The company posts periodic updates on its progress. You can find those updates here.