Gov. McMaster sued after ordering state employees back to work

The ACLU is suing the governor, saying the order exceeded his authority. 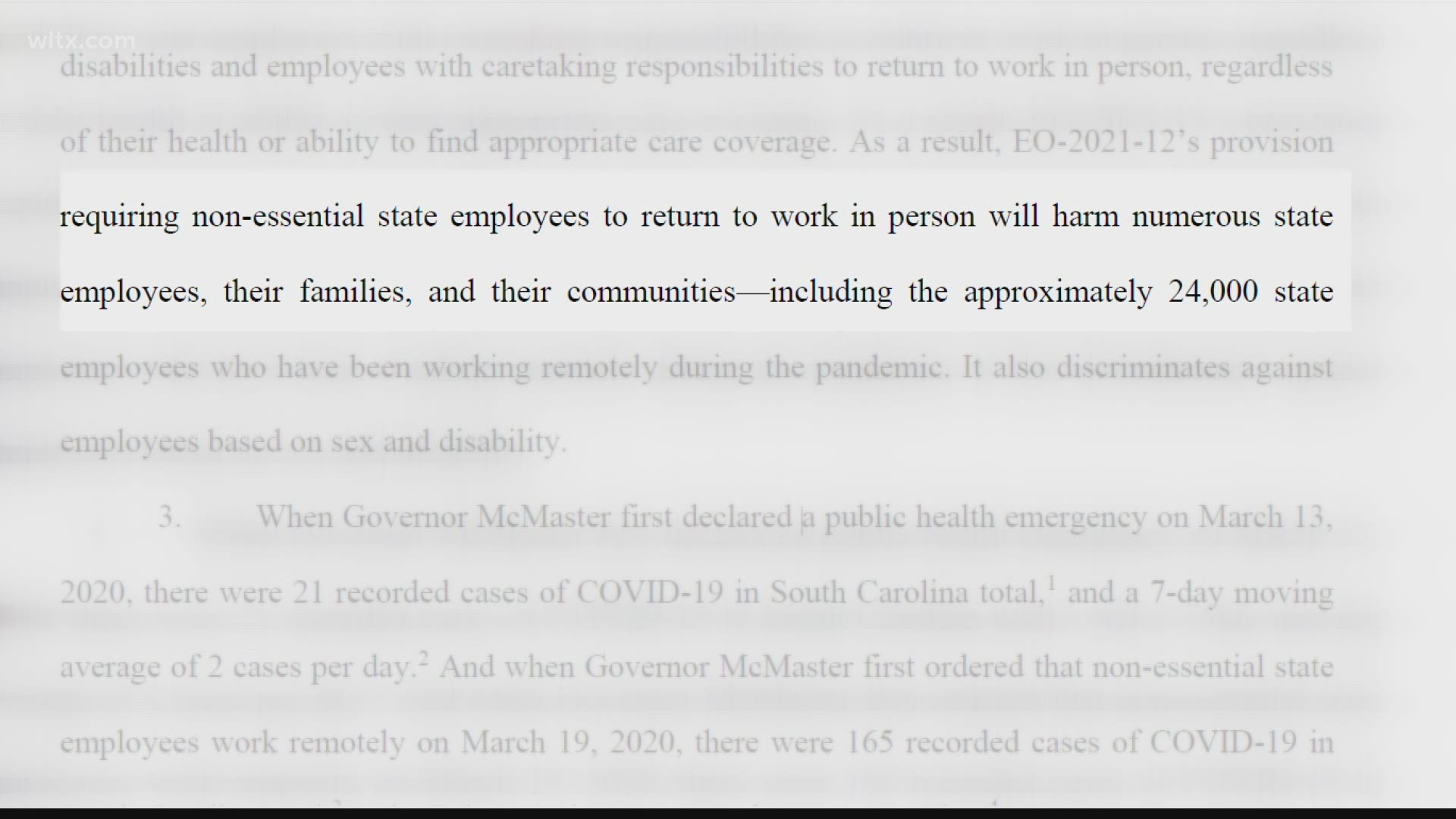 COLUMBIA, S.C. — South Carolina Governor Henry McMaster is being sued over his executive order which orders state employees to return to the office.

The American Civil Liberties Union of South Carolina says in doing so, he exceeded his authority.

On March 15th, all state employees were back in state offices.

Three weeks later, the American Civil Liberties Union of South Carolina filed a lawsuit against Gov. Henry McMaster for ordering state agencies to bring staff back to the office.

According to the lawsuit, the return to in-person work, "will harm numerous state employees, their families, and their communities."

RELATED: Many SC state employees returning to the workplace Monday

Susan Dunn, Legal Director of the ACLU of South Carolina says, "We really think he has gone beyond his powers."

The lawsuit continues on by saying the governor is exceeding his emergency authority by requiring non-essential state employees to return to the workplace.

The ACLU is asking for a court to stop the order.

Dunn says the order puts breastfeeding women, people with disabilities and caregivers at risk. "Some employees have had to beg school districts to allow their children to go back into school,” said Dunn.

Dunn says the order discriminates against women, forcing them to choose between work and family.

McMaster spokesman Brian Symmes says, "Employees were given weeks to make any necessary plans for a number of contingencies including childcare, and with 94% of South Carolina's childcare facilities open for business, there should be no issue for anyone actively working to make those arrangements."

He went on to say, "the Department of Administration has done an incredible job working with agency heads to bring state employees back into the office in a safe way, providing flexibility to make accommodations when necessary and giving agencies time to implement safety precautions in the workplace."

McMaster's order also lifted the requirement for to wear masks in state buildings and in restaurants.

Dunn says the ACLU is pushing for the order to be stopped. "We would really like the court to say this is beyond the authority of the governor and, therefore, must be rescinded or, at the very least, the order should be delayed,” says Dunn.

According to the Department of Administration, South Carolina has nearly 74,000 state employees.