After recent drownings, first responders warn lake-goers ahead of the holiday weekend

With an ongoing pandemic, and drownings on the rise at Lake Norman, first responders are hoping people will be responsible as they celebrate Independence Day weekend 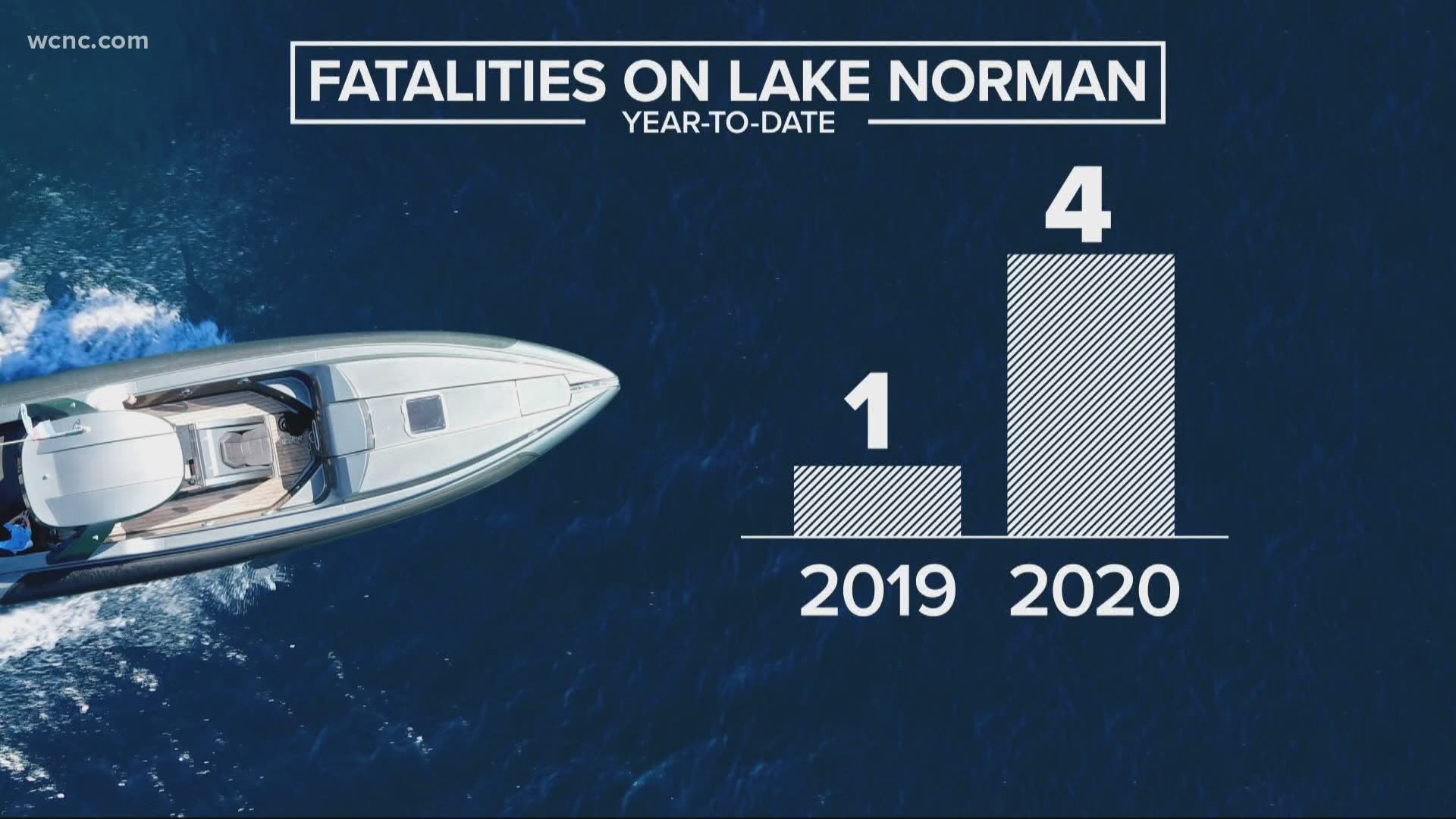 CHARLOTTE, N.C. — Lake Norman is the July 4th hot-spot of summer fun. Thousands of people are expected to make their way on the lake this holiday weekend, according to authorities, but they are warning people before they go.

"It should be a pretty busy weekend," said Cornelius Firefighter Ashton Chaney.

Dozens of families were already hitting the waves of Lake Norman on Friday afternoon. But with the fun, comes the possibility of great danger.

He and his colleagues on the department took WCNC Charlotte for a ride.

"If we have to go out on the lake that's usually a pretty bad sign, a good time has turned into a bad one," said Stanbery.

So far in 2020, four people have drowned in Lake Norman before the July 4th holiday weekend. In all of 2019, only one person drowned.

"Not wearing their life jackets like they're supposed to or being intoxicated on the lake," Chaney said as he talked about what leads up to several drownings they respond to.

Thousands of people are expected to be out on the water over the weekend especially with many looking for the outdoor oasis during a pandemic that's cooped them up inside.

20,000 boaters are expected to turn out on Saturday for a boat parade in support of President Donald Trump around his golf course on Lake Norman as well.

Firefighters are asking people to remember the times we are living through.

The Cornelius Fire Department won't be out on patrol. That's left for other agencies. However, firefighters will be responding to any and all emergency calls on the water. They expect to have some, but they hope to have none.

"With the amount of people on the lake, we always assume the worst is going to happen," Chaney said.

They're asking people to be aware and responsible, hoping everyone enjoys the freedom of fun while staying safe.

RELATED: Veterans with PTSD ask you do this when shooting off fireworks

RELATED: Where to watch July 4th fireworks on TV, online this year