Airport weapons seizures: TN records one of highest rates in nation in 2020 despite sharp drop in passenger traffic

The Memphis and Chattanooga airports actually saw an increase in 2020 in the number of carry-on weapons detected. Knoxville's number fell from 26 to seven last year. 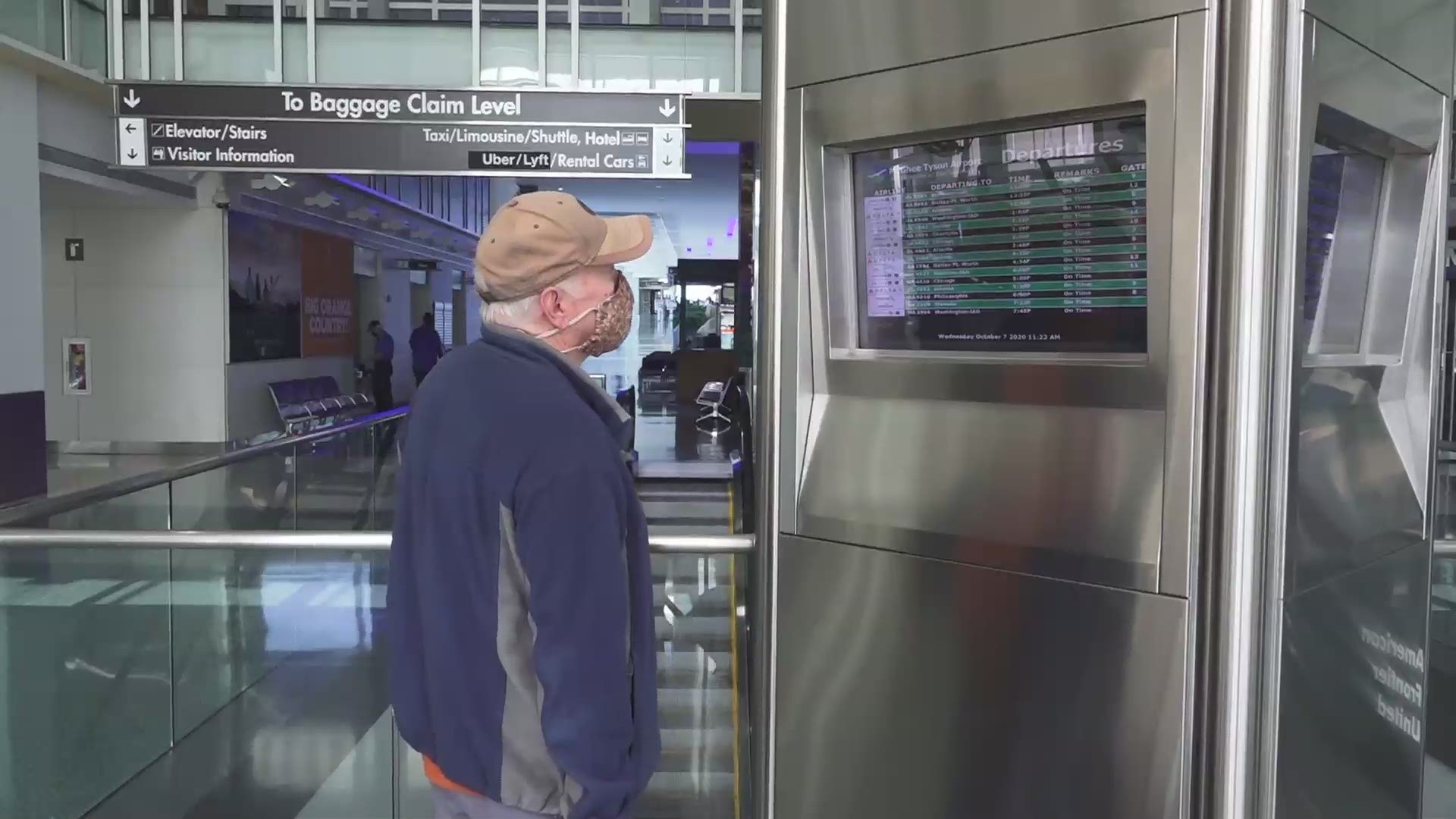 KNOXVILLE, Tennessee — Airline passenger traffic plummeted in 2020 because of COVID-19.

The inclination of some passengers to bring weapons in their carry-on luggage, however, grew sharply across the country, and Tennessee marked one of the highest seizure rates in the United States last year, the federal Transportation Security Administration said Tuesday.

One out of every 20 guns found last year at a TSA security checkpoint in American airports was at a Tennessee airport, according to Mark Howell, TSA regional spokesman.

The national rate was 1 weapon found at a checkpoint per 99,000 passengers, Howell said. In Tennessee, the "catch rate" was about 1 per 35,000 passengers.

"It's obviously a bigger problem in Tennessee than in other states in terms of the frequency with which we find guns," he said.

He attributed the greater frequency to the state's weapons carry laws. He said the same applied in other Southeastern states, a leading region for gun detections.

Tennessee airports such as Knoxville, Nashville and Memphis all saw passenger traffic fall sharply, particularly from March through much of the summer compared with 2019.

Specifically, the roughly 5.7 million passengers screened last year at the five major airports in Tennessee represented 44 percent of all traffic screened the year before.

But across the state, TSA airport screeners still pulled 162 firearms from carry-on luggage or passengers, according to figures released by the agency. That's compared with 181 seizures the year before.

At Knoxville's McGhee Tyson Airport, seizures fell from 26 to seven. Howell said TYS was an "anomaly" compared with other major airports in the state last year.

In Nashville, the number fell only by three -- from 97 in 2019 to 94 in 2020. Nashville has been trending in or near the top 10 for checkpoint seizures even though it's not a hub airport.

The Memphis airport saw an increase of two -- up from 46.

The Tri-Cities Airport recorded two seizures in 2020 compared with three in 2019.

Nationwide, TSA picked up twice as many firearms per million passengers last year as in 2019.

Howell attributed the national increase in part to more inexperienced travelers trying to bring weapons through checkpoints. In other words, while more experienced travelers stayed home, those who don't fly as frequently got on an airplane and some had guns in their carry-on luggage, he said.

The national detection rate was the highest since the TSA was created in the early 2000s.

The raw numbers: 3,257 firearms were taken from passengers or their carry-on bags at checkpoints across the country in 2020. Four out of five were loaded.

In 2019, when hundreds of millions more people went through screening checkpoints at America's airports, TSA detected 4,432 firearms, according to the agency.

Nashville also was among the top 10 airports for checkpoint weapons seizures.

The top 10 in descending order: