Multiple Cleveland County ambulances sustained damage after a car port covering the units buckled from the weight of heavy snow and ice. 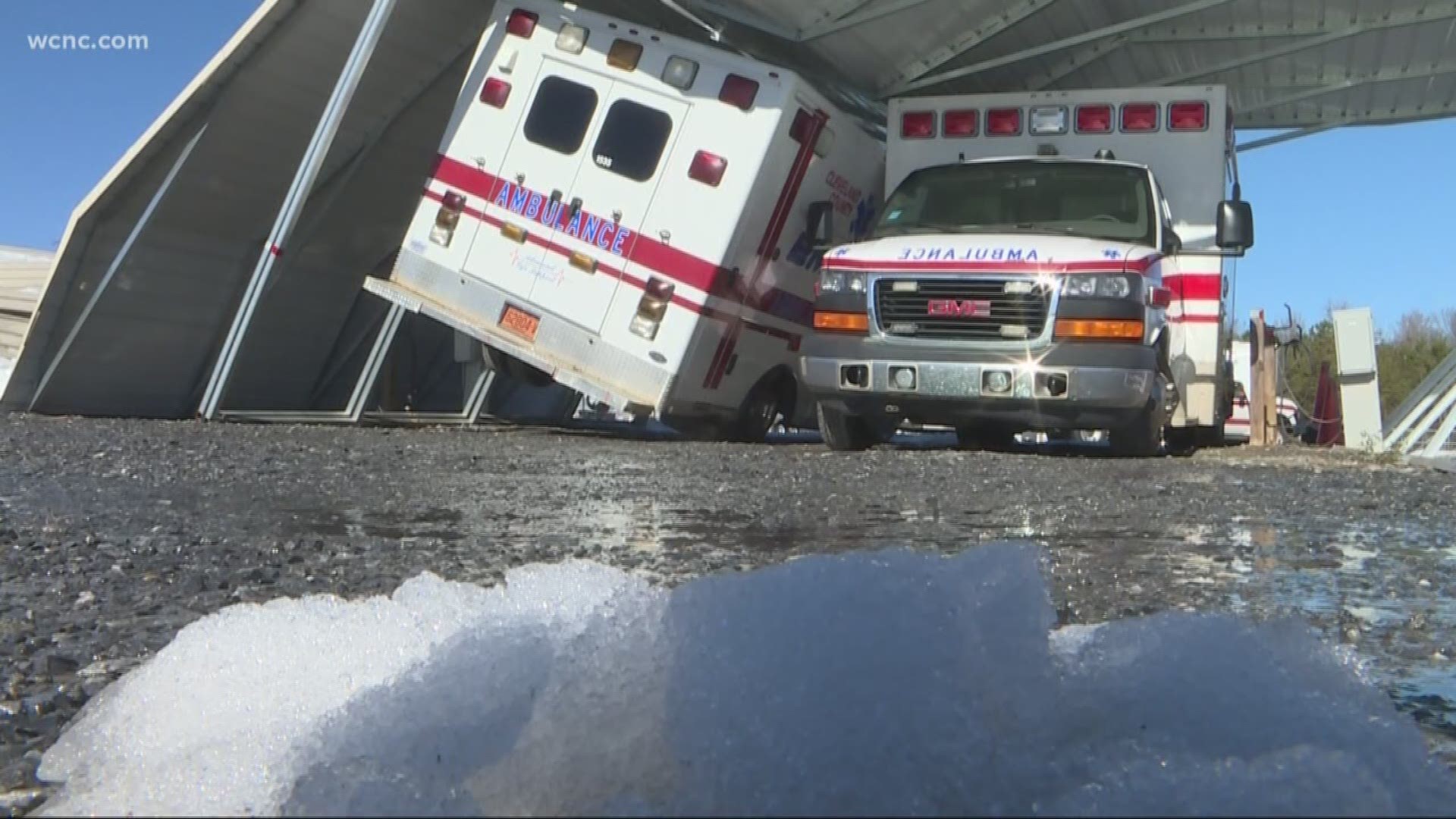 Multiple Cleveland County ambulances sustained damage after a car port covering the units buckled from the weight of heavy snow and ice.

"We're structurally going to have to rethink some of the ideas that went into putting these up," Lord said.

One car slid off Hudson Boulevard and drove over an embankment near the Gastonia greenway.

Cody Stillwell of Tommy's Wrecker said the past two days have been busy as many drivers try to get out of their homes.

"They just get stuck," Stillwell said. "They can't get up the hills, and they end up sliding their car off in a ditch."

He added many drivers are breaking the law by failing to move over for tow trucks with flashing amber lights.

Tow trucks are included in the state's "move over" law for emergency vehicles.

"[Wrecker drivers] have families they want to go home to," Stillwell said. "It's common courtesy and safety. It's to keep us safe is the reason why the law was put into place."