The chief defended the officers involved in the shooting last November, but the mayor has called for their termination. 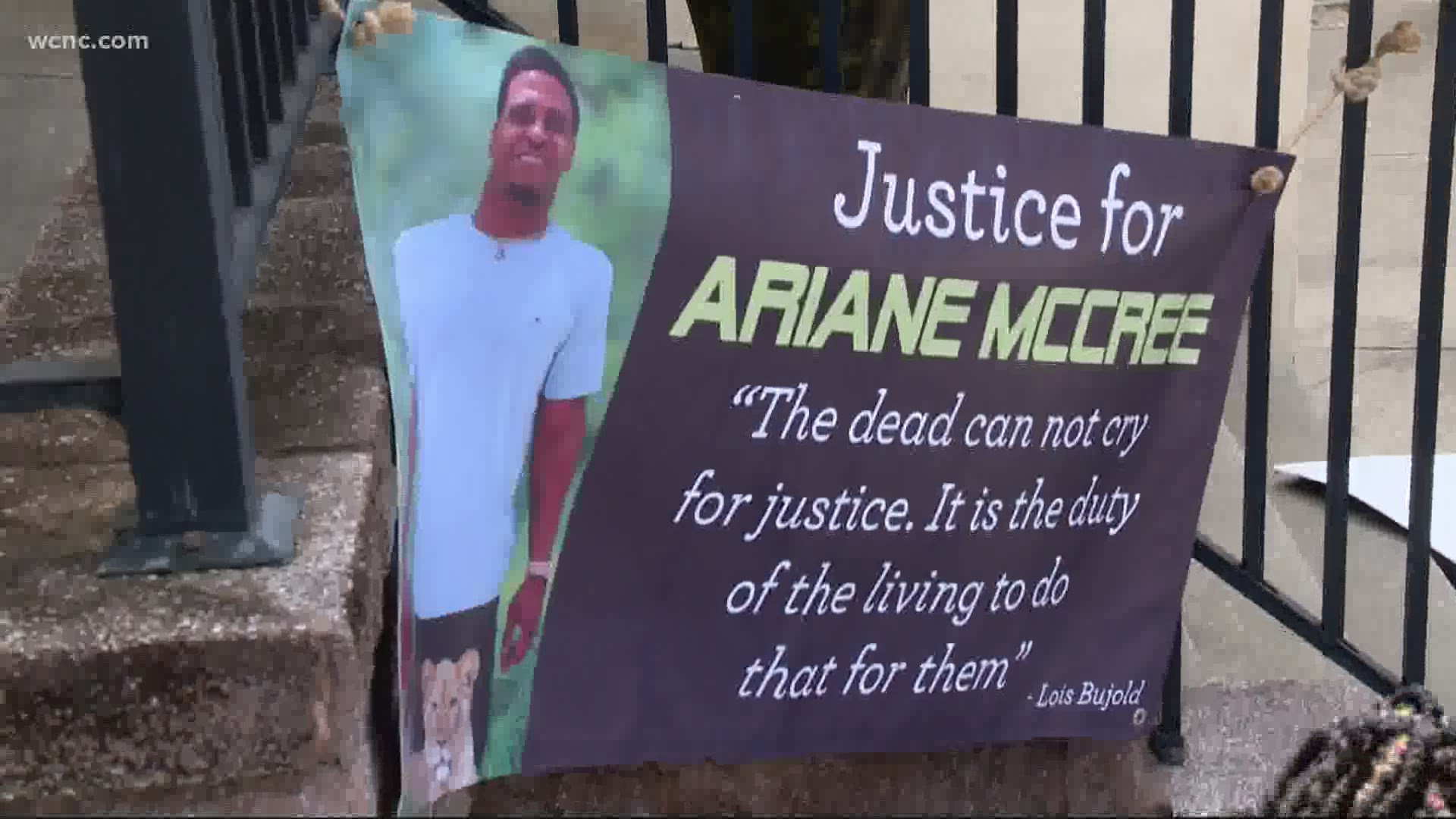 CHESTER, S.C. — Two days after a city council voted not to terminate the officers who shot and killed a handcuffed man in Chester, South Carolina in November, dozens of demonstrators protested outside of police headquarters calling for the chief of police to resign.

Demonstrators with signs and bullhorns took over the corners of downtown Chester for more than four hours Wednesday.

The crowd of people in attendance included friends and family of Ariane McCree — the mayor was even among the loudest voices chanting for the chief to resign.

McCree was shot and killed last November after he was accused of shoplifting from a Walmart in Chester County.

Officers say while McCree was handcuffed, he tried to grab a gun from his waistband. In a dramatic demonstration last week, Chief Eric Williams acted out how someone in cuffs could still pose an imminent threat to an officer’s life.

The chief defended the officers involved in the shooting, but the mayor has called for their termination.

A source of contention between police and the protestors is the body-worn camera footage. There is a delay in the footage and the video lacks audio.

The city of Chester has a policy that requires all officers to turn on their cameras the moment they begin an interaction.

“There is no room in the city of Chester for police officers that blatantly disrespect the policies and procedures of the department,” Mayor Wanda Stringfellow said.

The city council also has the authority in an open meeting to terminate police officers. On Monday, the members voted 4-2 not to terminate the officers, saying they wished to seek more information and legal counsel.

Stringfellow said if the chief refuses to terminate the officers, she believes he should be the one who should step down.

“Had your officers done precisely what they should have done on that day we would not have a murdered young man in Chester County,” she said.

Among the demonstrators outside of the police station Wednesday, McCree’s younger cousin T.J.

“It don’t make sense we want the real answer tell us the truth,” T.J. said, vowing to continue protesting every week until someone is held accountable. “Our family built to be strong. Our family got so much faith in God we never lose faith, we never lose hope.”