Arizona electric-car plant that would take on Tesla moving ahead 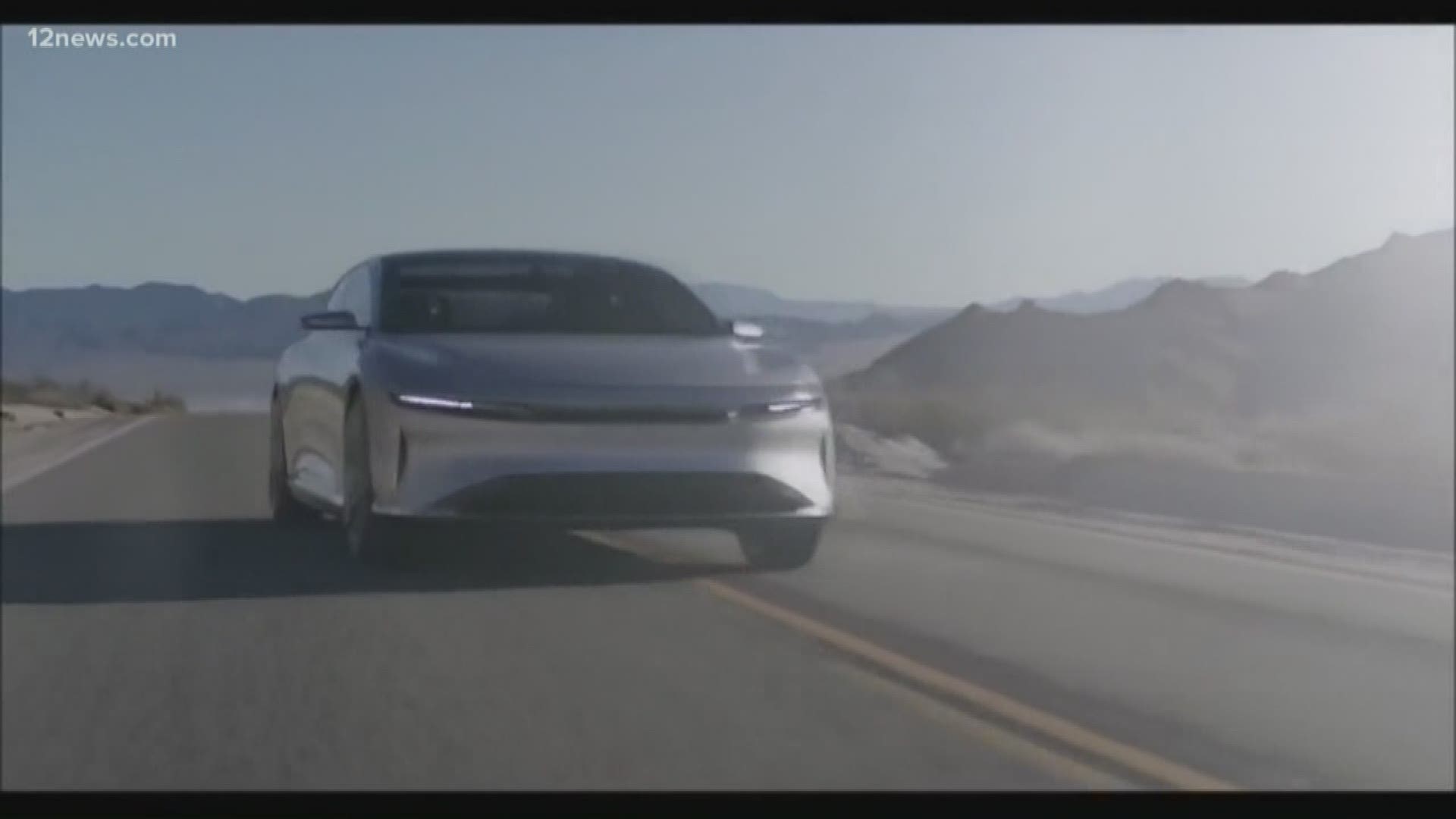 Sonora Gov. Claudia Pavlovich will also be on hand, as she was three years ago, reflecting Sonora’s role as a supplier for the Lucid plant.

The Lucid Air would go head to head with market leader Tesla.

The plant was delayed by Lucid’s search for financing it didn’t have when it revealed its Arizona plans in November 2016.

The company is now owned by the Kingdom of Saudi Arabia, after a $1 billion infusion last year by the Saudi sovereign wealth fund.

When the deal with Arizona was initially announced, the state offered Lucid up to $47 million in a variety of incentives.

It’s unclear whether that incentive deal is still in place.

• Is Lucid Motors finally building an electric-car factory in Arizona?