Attorney General Josh Stein said the opioid crisis has gotten worse since the start of the pandemic between isolation, anxiety, and unemployment. 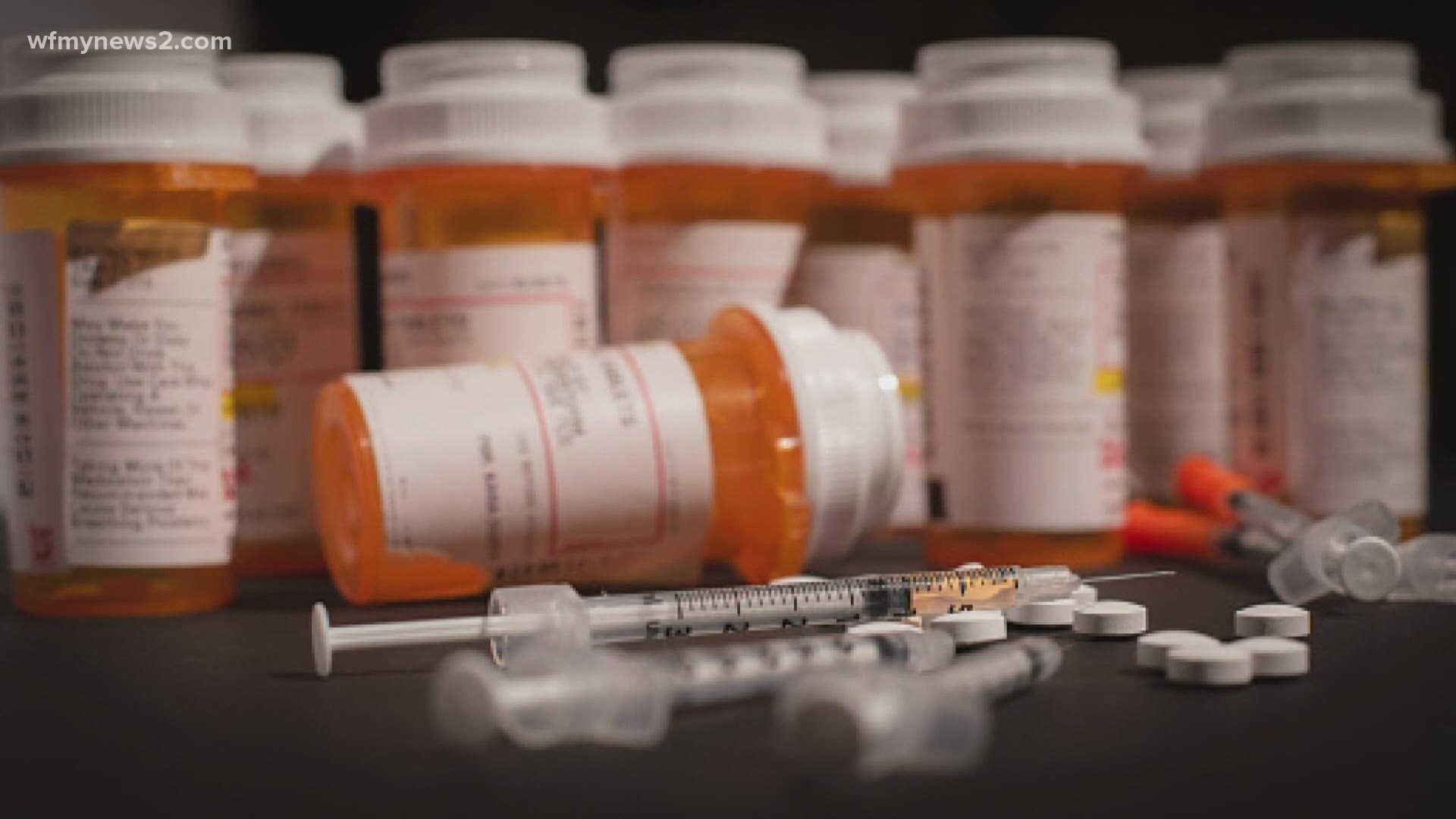 NORTH CAROLINA, USA — Attorney General Josh Stein today announced that he has reached a $573 million multi-state settlement with one of the world’s largest consulting firms, McKinsey & Company, resolving investigations into the company’s role in advising opioid companies how to promote their drugs and profit from the opioid epidemic.

Representatives from his office said Stein, who has made confronting the opioid epidemic one of his top priorities, played a lead role in negotiating the bipartisan settlement with a coalition of 53 attorneys general from around the country.

This is multi-state settlement, so each state will receive varied portions of the money. Stein said North Carolina will receive approximately $19 million. The money will go toward the continued battle against addiction. For example, some funds will go to rehabilitation facilities.

In a press conference Thursday morning, Stein said this was an important step. He stressed that around 2,000 North Carolina residents die every year from opioids.

“The opioid epidemic has ripped families apart all across our state,” said Attorney General Josh Stein. “Just as we were making progress in fighting back, the COVID-19 pandemic made overdose deaths spike again. I am committed to doing everything in my power to fight this epidemic – and that includes holding accountable those who are responsible for its creation and have profited from it. We allege that McKinsey helped to develop and promote schemes that led to widespread overprescription of Purdue Pharma's OxyContin. Not only have we put a stop to this dangerous work, but we’re also bringing much-needed resources to the fight against addiction.”

To be exact, North Carolina will receive $18,984,494.71 over five years, with the vast majority coming in the first year. The settlement requires that it be spent on opioid abatement. Attorney General Stein said he looks forward to working with other leaders throughout the state to determine the best uses for these funds.

In addition to providing funds to address the crisis, the agreement requires McKinsey to produce tens of thousands of its internal documents detailing its work for Purdue Pharma and other opioid companies for public disclosure online. In addition, going forward, McKinsey agreed to adopt a strict document retention plan, continue its investigation into allegations that two of its partners tried to destroy documents in response to investigations of Purdue Pharma, implement a strict ethics code that all partners must agree to each year, and stop advising companies on potentially dangerous Schedule II and III narcotics.

Thursday's filings describe how McKinsey contributed to the opioid crisis by promoting marketing schemes and consulting services to opioid manufacturers, including OxyContin maker Purdue Pharma, for over a decade. The complaint, filed with the settlement, details how McKinsey advised Purdue on how to maximize profits from its opioid products, including targeting high-volume opioid prescribers, using specific messaging to get physicians to prescribe more OxyContin to more patients, and circumventing pharmacy restrictions in order to deliver high-dose prescriptions to patients.

Stein's office said this settlement is the most recent action the attorney general has taken to combat the opioid epidemic and to hold accountable those who are responsible for creating and fueling the crisis. The first was with the company Mallinckrodt. Negotiations continue in settlement talks with Purdue Pharma, the Sackler family, and other opioid distributors and manufacturers. Attorney General Stein has also taken action at the state level in his work to draft and champion the STOP Act, and the Synthetic Opioid Control Act, among other efforts. Attorney General Stein also developed and led the More Powerful NC public education effort to raise awareness for the crisis and its impacts on North Carolinians.