Charlotte Fire said seven firefighters were treated on scene with IV's, then returned to duty. One was transported to a nearby hospital for dehydration. 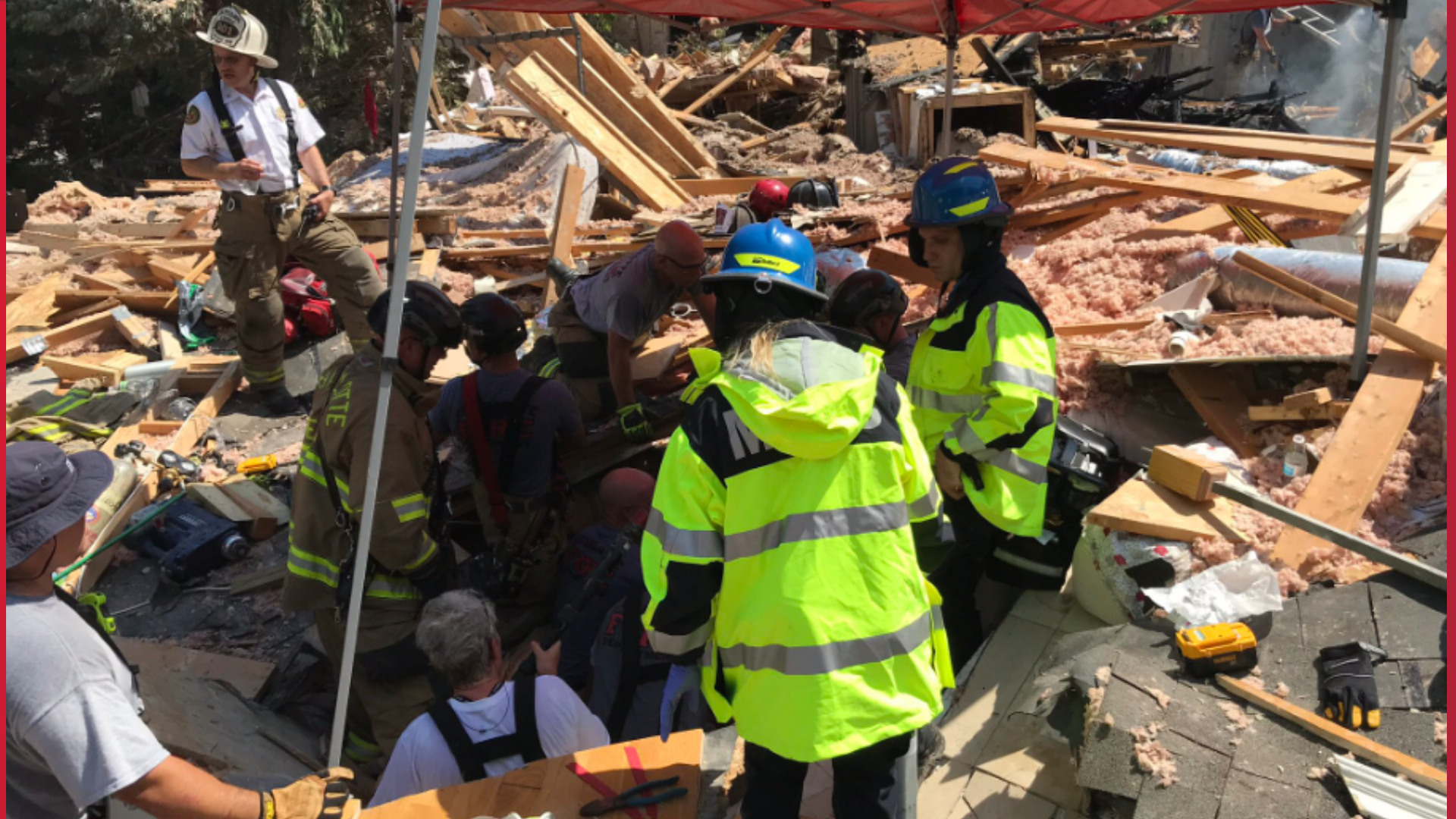 CHARLOTTE, N.C. — One woman was killed and another man was seriously injured in Ballantyne after a home was destroyed in a massive explosion Tuesday afternoon. Officials are still working to determine what caused the explosion.

The Charlotte-Mecklenburg Police Department confirms the woman killed in the explosion was 58-year-old Rania Karam.

According to officials, the fire was on James Jack Lane near Ballantyne Country club, near the Publix. Several neighbors in the area felt an explosion at around the same time as the house fire.

James Brierton, who was near the scene, spoke with NBC Charlotte about the conditions in the area.

RELATED: He was trapped under rubble after the Ballantyne home explosion. He called 911 and helped crews find him

Brierton said more fire crews showed up after he first arrived, including a crew that brought cases of water out for the firefighters.

There are about 84 firefighters working on the scene, in addition to a Medic mass casualty bus, Duke Energy and Piedmont Natural Gas.

Meteorologist Iisha Scott said it felt like 96 degrees outside for a good part of Tuesday afternoon. Photos from the Charlotte Fire Department show multiple firefighters trying their best to keep cool while on the scene.

Neighbors have been seen offering crews bottles of water and even food as they brave the 90-degree temperatures.

The Charlotte Fire Department tweeted out a photo Tuesday night that showed some neighborhood kids bringing the first responders pizza and watermelon.

"Big Thank You to the community! Firefighters are eating & rehydrating during rehab while the search continues," Charlotte Fire tweeted.

The challenge was making sure the firefighters stay healthy as they continue to work.

"The work is going to continue to go on for some time," Westover said.

Charlotte Fire said seven firefighters were treated on scene with IV's, then returned to duty. One firefighter was transported to a nearby hospital for non-emergency dehydration.