By the end of May, Charlotte City Council is scheduled to make a final vote on giving millions in taxpayer money to a developer to help give Ballantyne a makeover. 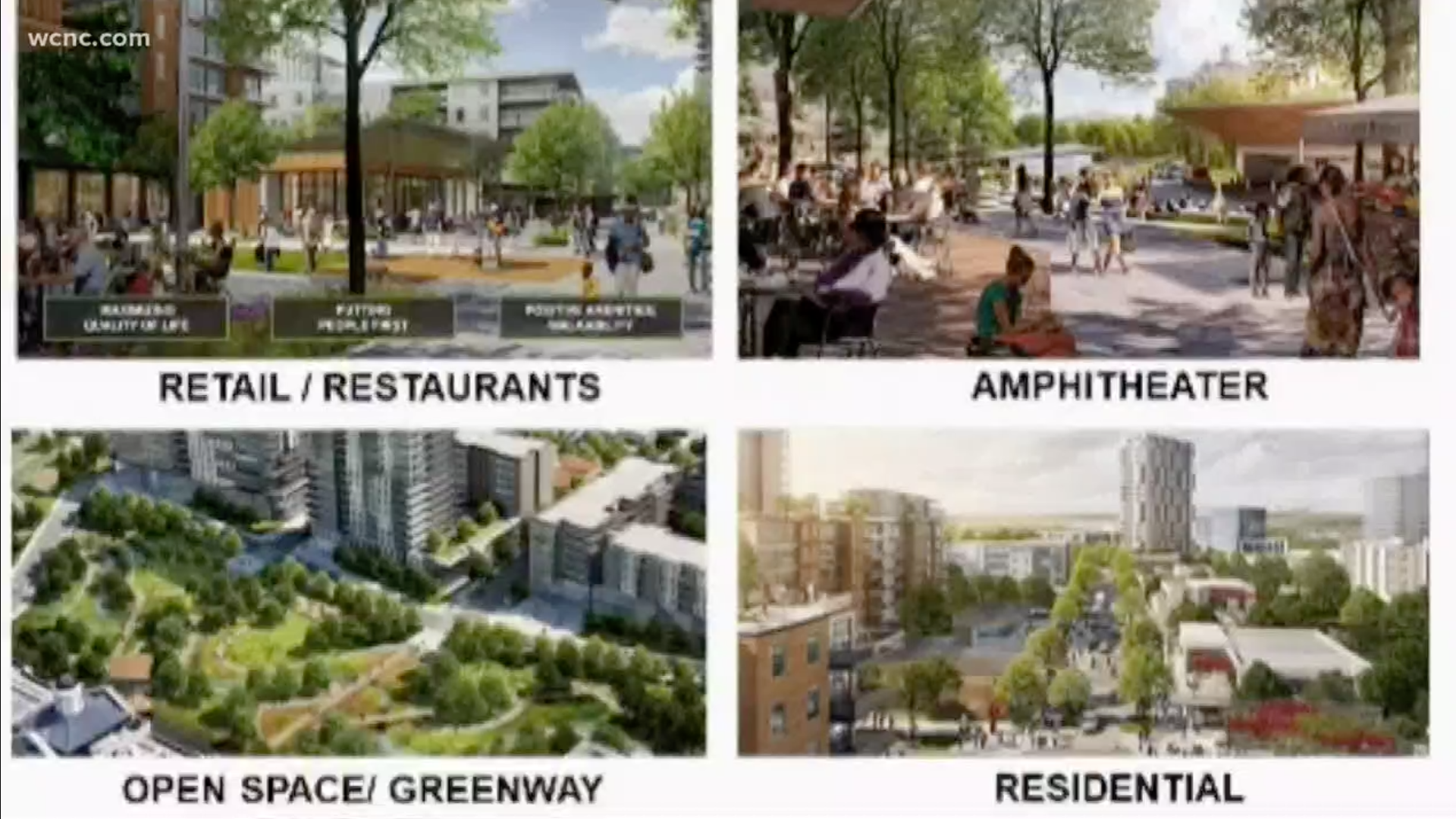 CHARLOTTE, N.C. — It's a project with a hefty price-tag for both the City of Charlotte and Mecklenburg County. 'Ballantyne Reimagined' would bring thousands of new apartments, hundreds of town-homes, office space, and retail stores.

"Ballantyne has been a significant part of the south Charlotte community for a very long time," said Tracy Dodson, Charlotte's Economic Development Director.

She updated city council members during a virtual meeting on Monday.

Cranes already dot the Queen City's crown, and several are already up around Ballantyne as the suburb continues to grow.

"It's what I call Ballantyne 2.0," Dodson added as she gave further details about the plans that still need to be voted on.

'Ballantyne Reimagined' would get rid of The Golf Club at Ballantyne, replacing it with 2,000 residential units, an amphitheater, a greenway, 300 townhomes, office, retail, and restaurant space.

The project would be completed in two phases.

"We have people who are coming in from the northeast, that are used to living in urban areas and that's what they want," said John Barton, the president of Northwood, the developer in the project. "It's what younger people right out of college want."

Developers are asking for $42.5 million dollars from the City of Charlotte and Mecklenburg County — combined. That's taxpayer's money.

They are also raising the number of affordable housing units from 160 units to 260. Those who could take advantage of the units would need to be making between 50-80% of the average median income for Charlotte.

The units would remain affordable forever, not just the usual 15 to 30 years like other affordable housing projects, according to Mayor Vi Lyles.

"And it gives us the opportunity to try to put affordable units in parts of town where historically that was not possible," said Councilman Malcolm Graham, who represents district two.

The project also anticipates an extension of the blue-line, connecting the light-rail to the area with three stops.

"I think it's a really exciting opportunity for south Charlotte and [the] city as a whole," said Councilman Ed Driggs, who represents the Ballantyne area in district seven.

The project has been years in the making.

The next step would be getting the county's support, then a vote to rezone the land. A deciding vote from city council is expected come the end of this month, according to Dodson.