Where to park and what to bring before saying goodbye to Rev. Graham

After a journey from his home in Montreat, Rev. Billy Graham will lie in repose so the public can pay their respects to Charlotte's most famous son. 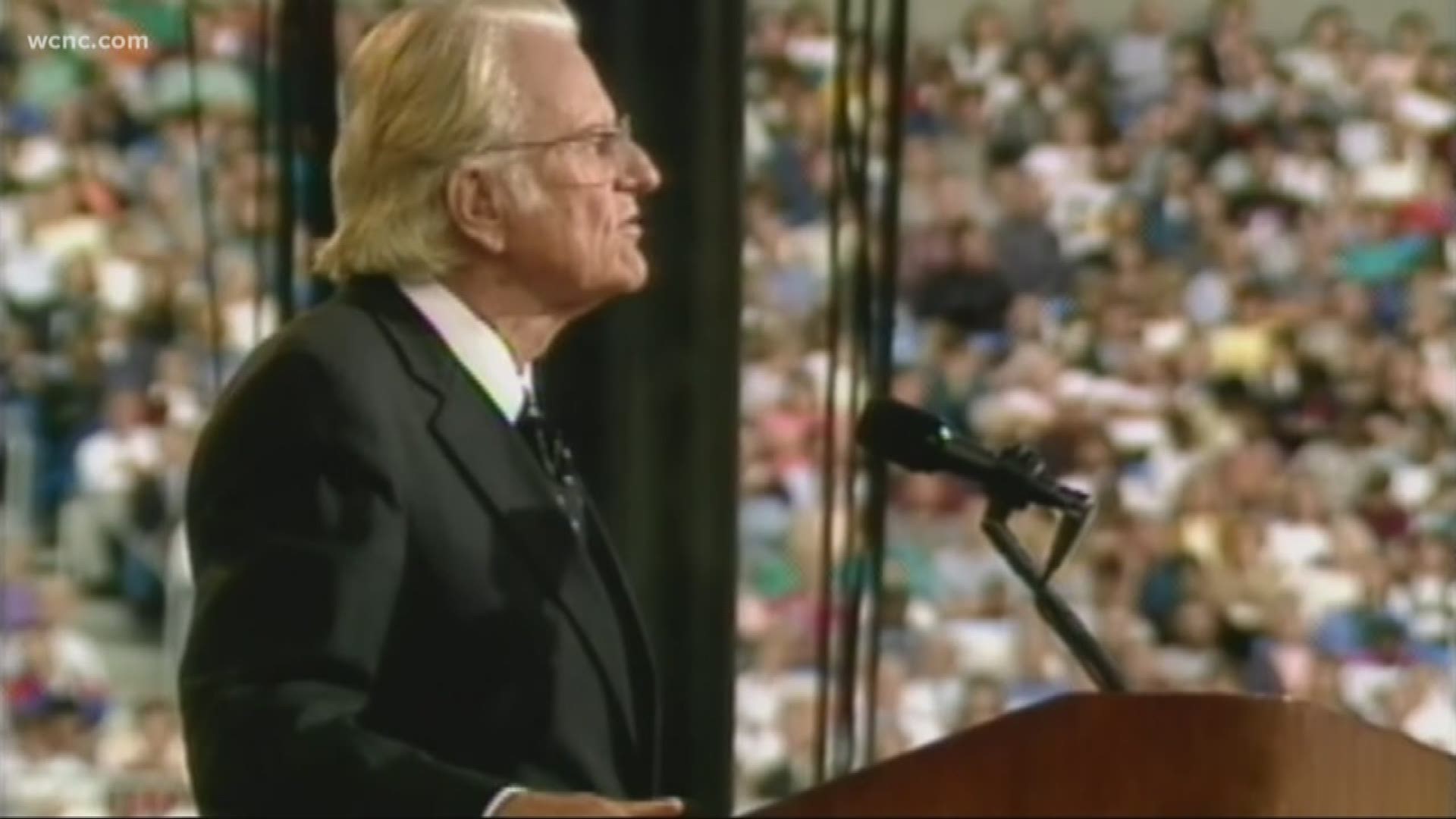 CHARLOTTE, N.C. -- Thousands of people traveled through Charlotte Monday to pay their final respects to Rev. Billy Graham and even more are expected on Tuesday, the final day the public can say goodbye in Charlotte before the casket is moved to the nation's capital.

The staff of the Billy Graham Evangelistic Association was able to pay their final respects to the Reverend shortly before 6:30 a.m. Monday prior to the public getting the opportunity.

A long line formed at the shuttle stop before 8 a.m.

The official public viewing began at 8 a.m. Shuttles run from 7:30 a.m. to 9:30 p.m. both Monday and Tuesday. One shuttle will travel from the Operation Christmas Child Regional Officer on Forest Point Blvd. and the other from the Charlotte airport business valet lot. Visitors can park in both locations for free and ride the shuttle free of charge. The return shuttle will run until after the visitation closes each day, so return passengers will be able to get back to the parking lots.

Cameras, video recorders, backpacks, purses, pets, signs, banners, coolers, food, drinks and weapons are all prohibited. Cell phones are permitted but must be silenced at the viewing area.

Rev. Billy Graham's body will lie in repose in the library through Tuesday evening. On Wednesday, he will be taken to the U.S. Capitol where he will lie in honor in the Rotunda until Thursday. For the full timeline, click here.