Rev. Billy Graham to be buried with Bible in casket built by inmates

Reverend Franklin Graham said his father Rev. Billy Graham will be buried with a Bible inside his simple plywood casket that was hand-built by convicted murderers at a Louisiana prison. 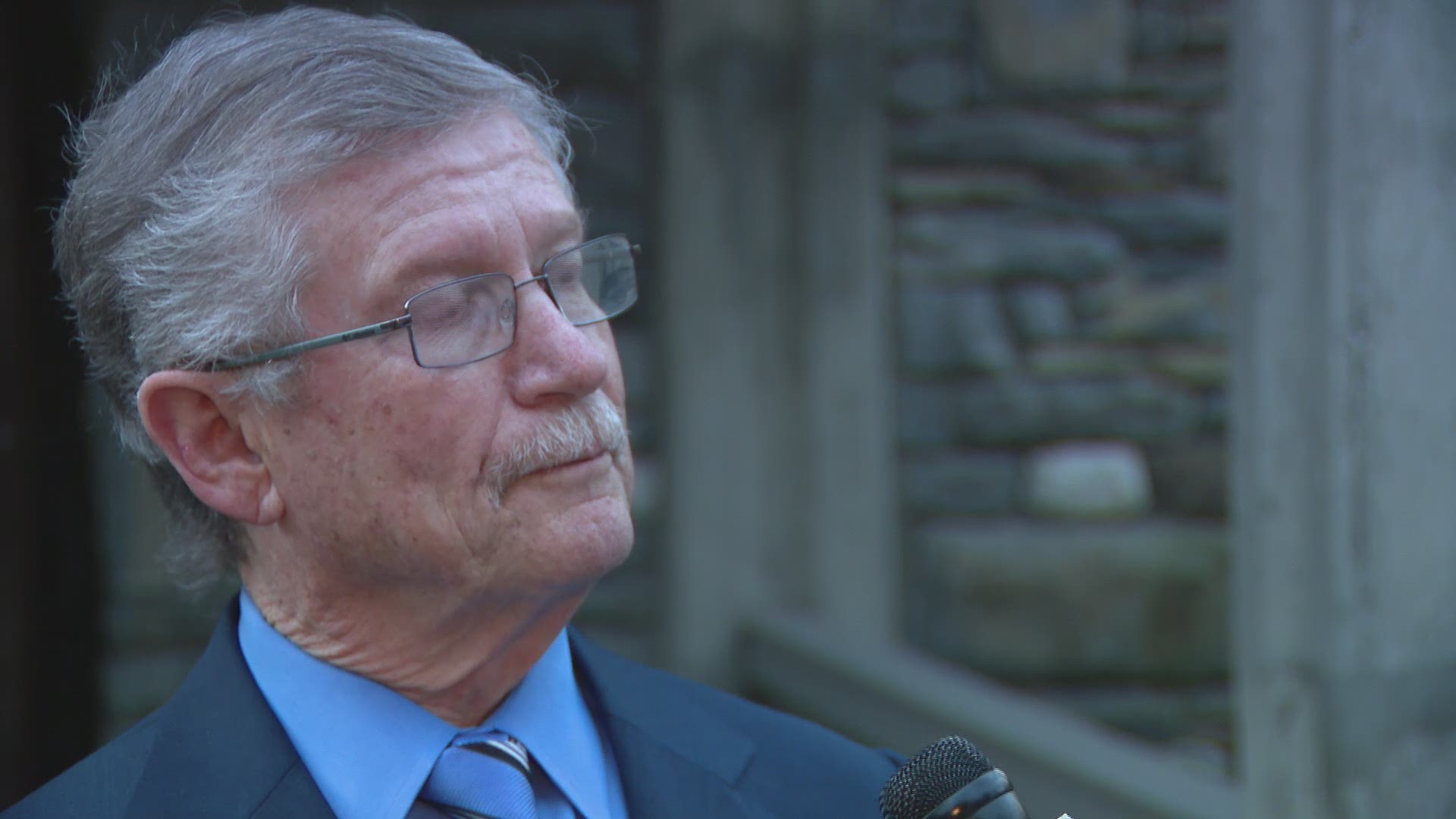 CHARLOTTE, N.C. – Reverend Franklin Graham said his father Rev. Billy Graham will be buried with a Bible inside his simple plywood casket that was hand-built by convicted murderers at a Louisiana prison.

Graham tweeted a photo of the famed evangelist’s casket inside The Cove in Asheville Friday.

Yesterday my father’s body was brought from the funeral home to the @BillyGraham Training Center at @TheCoveNC. His simple plywood casket, like my mother’s, was built by convicted murderers at Angola Prison. 1/2 pic.twitter.com/7tAvzfqEHA

“Mr. Graham’s casket was made by inmates at the Louisiana State Penitentiary in Angola, Louisiana in 2006,” said Mark DeMoss.

The casket for Rev. Graham is identical to the one used for his wife Ruth’s funeral. Franklin Graham first learned about the caskets during a preaching engagement in 2005, when he saw inmates building them for fellow prisoners who died.

RELATED: Billy Graham didn't want his own name spoke at his funeral

RELATED: Visitors pour into the Cove to pay respects to Rev. Billy Graham

“He asked if they could make one for his mother and father,” DeMoss said. “The caskets are made of pine, plywood, and lined with a mattress pad. A wooden cross is nailed to the top of the casket.”

People have even laid flowers at the entrance to The Cove. The public memorial is about a mile from this gate. @WCNC pic.twitter.com/cnvzY63HOP

Rev. Graham will lie at The Cove until Saturday morning when a motorcade will transport him to the Billy Graham Library for two days when the public will be invited to pay their respects to the world's most well-known evangelist.