A man posted on his Facebook that supporters of President Trump who attended the Charlotte rally Monday night were locked out of the nearby Bojangles' restaurant. 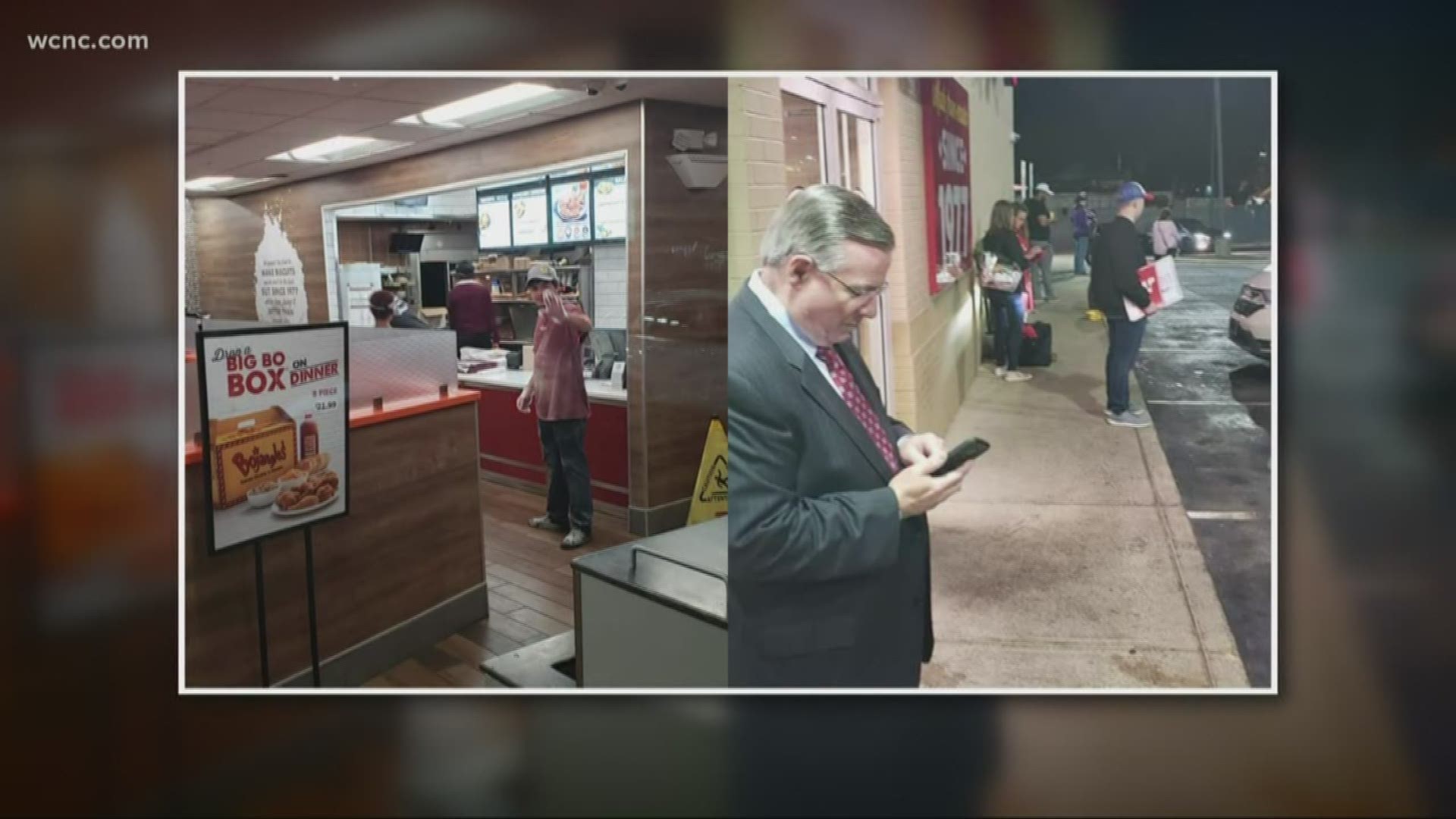 CHARLOTTE, N.C. — A post making the rounds on social media is stirring up controversy for Bojangles’.

Michael Furick posted on his Facebook account that supporters of President Trump who attended the rally Monday night in Charlotte at Bojangles’ Coliseum were locked out of the Bojangles’ restaurant down the street.

"Bojangles locked the doors to the Trump rally last night and denied service," Furick wrote on Facebook, continuing, "Ironic because the rally was at Bojangles arena. @bojangles this is pretty distasteful . I walk up to the door and people are gathered around and stated they would not serve trump supporters."

To clarify, Furick said he asked people outside the restaurant why no one could get inside.

"I said, 'Hey, why's the door locked?' Guy in a wheelchair says, 'They're not serving MAGA supporters," Furick told WCNC Charlotte. "They had said we had trashed the place earlier.'"

As Furick looked in the restaurant, he said he only saw a small pile of debris. Furick said he made a gesture with his hand to an employee, and that’s when an employee held up his hand in a picture.

A Bojangles’ spokesperson responded in a statement saying:

“Bojangles’ welcomes all guests to enjoy our Southern food and hospitality. Earlier this week, the store near the Bojangles’ Coliseum was overwhelmed with a large number of guests, and as a result, a young shift manager made a bad decision to close the dining room. The drive-thru remained open. About 30 minutes later, the dining room reopened, and all guests waiting were served. We apologize for any inconvenience this may have caused.”

Furick believes the restaurant missed an opportunity to win over customers and make money.

"It's not all about the Bojangles’,” he said. “It's about every company and corporation that sits there and tries to tell us what we need to say, what we need to wear. You're not gonna serve us? Yeah, you are, or you're gonna get rolled over."

Furick said he’s not going to speculate on the political views of the Bojangles’ employee, but he may be visiting other fast-food restaurants in the future.

Since Monday, another post started circulating online accusing a Bojangles location on Rocky River Road in Harrisburg of putting up a sign that said, “No one allowed in store wearing Trump hats or shirts. You will be asked to leave.”

A Bojangles spokesperson said the sign wasn't connected to the store.

A brain injury changed everything for this couple. Recovery meant relearning everything—including their love for one another.