Burke County deputy back on the job after TikTok video

A Burke County deputy has returned to the force after a TikTok video appeared to show him using a chokehold on a suspect. 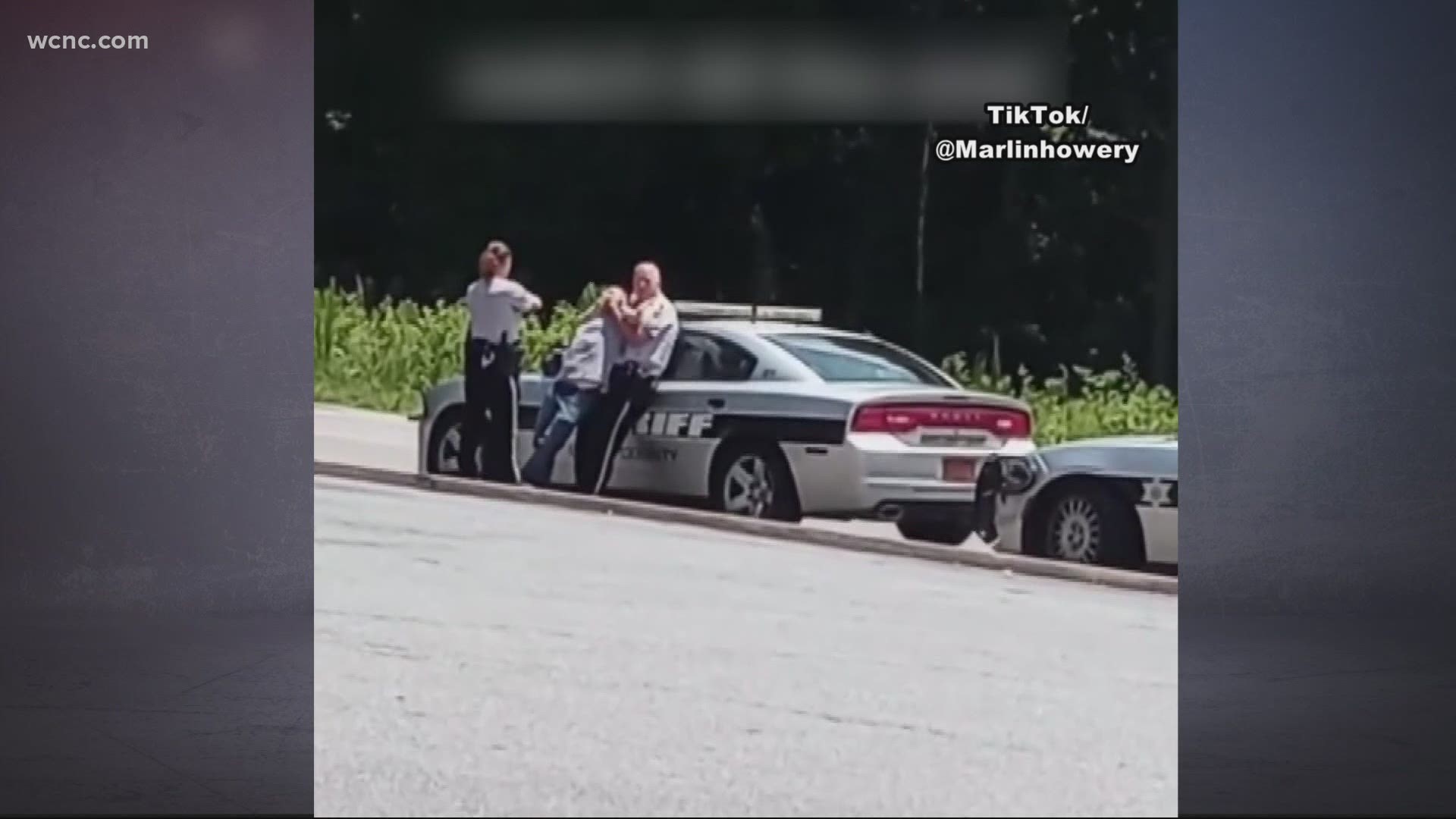 BURKE COUNTY, N.C. — A Burke County Sheriff's deputy is back on the job after a video posted to social media appeared to show the deputy putting a man in a chokehold.

The Burke County Sheriff's Office said Friday that the deputy was attempted to arrest a man who had an outstanding warrant. When the deputy approached the man, identified as Cole Carter, police said he became argumentative and combative. Investigators said Carter resisted and refused to comply with orders from a second deputy.

When the first deputy threatened to use pepper spray, investigators allege Carter grabbed the pepper spray and fought the deputy over it before it sprayed on both of them. The deputy then put his right arm over Carter's shoulder and held him while backup was called.

Deputies said Carter was upset the arresting officers didn't have a paper copy of the warrant and said he was not guilty. The deputy then put Carter on the ground and tried to put him in handcuffs. Carter then complained his face was burning from the pepper spray and he was treated by paramedics. He was then taken to the Burke County Jail.

Following an internal investigation, the sheriff's office determined the deputy did not use a chokehold that restricted Carter's breathing. The deputy, who wasn't named, is removed from administrative duty and returned to his normal job.

"Our internal investigation did not find that the deputy used a hold that restricted Mr. Carter’s ability to breathe. Therefore, the deputy will be removed from administrative leave with pay and returned to his regular duties today."