Businesses boarding up windows ahead of late-night protests

Individuals smashed the windows of bank branches, chain restaurants and a nonprofit along Trade and Tryon Streets. 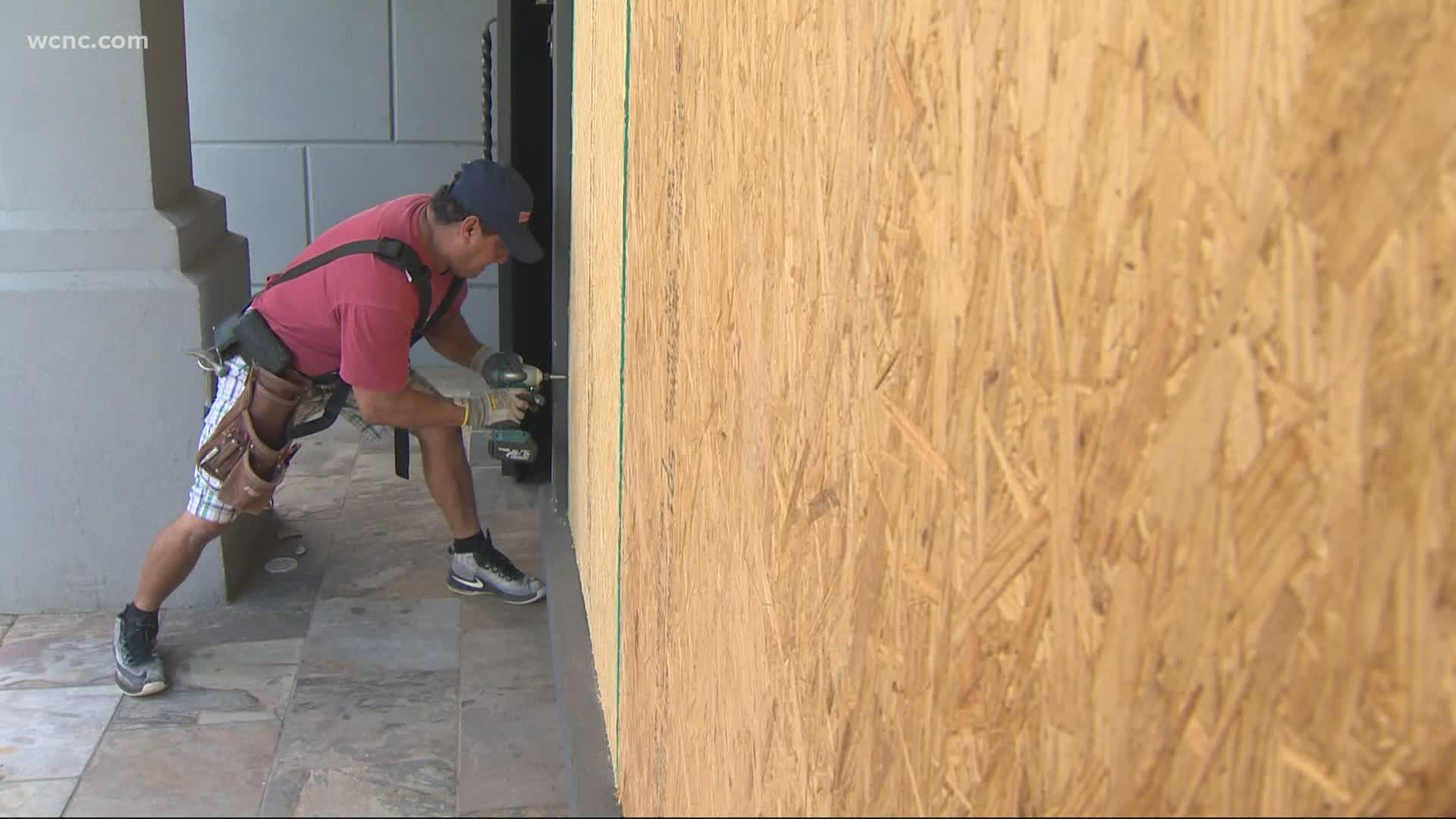 CHARLOTTE, N.C. — Several businesses in uptown are boarding up their windows following concerns of damage during late-night protests.

Individuals smashed the windows of bank branches, chain restaurants, and a nonprofit along Trade and Tryon Streets.

Astrik Ivanova owns Deluxe The Fine Art of Dining off West 4th Street, and she spent Tuesday afternoon boarding up her windows out of precaution.

"Yes, I am all with them. I do understand, but there are other ways they can do protesting," Ivanova said. "They don't have the right to break innocent people's businesses. They don't know what we went through to open this business."

She and her partner opened with big dreams in December, but they closed in March due to COVID-19.

RELATED: US cities erupt in more violence amid threats from Trump

The restaurant was allowed to reopen its dining room last Saturday, but she decided to close early.

"People from the protests, they came in, did not act very friendly, and they were arguing with my bartender," she said.

She has since reopened with reduced business hours.

"Not everyone understands how hard it is as a female-owned small business," she said. "Trying to do all your best, but have to keep the doors closed because of the things going on."