Demonstrators are blocking a road in uptown Charlotte, according to CMPD. 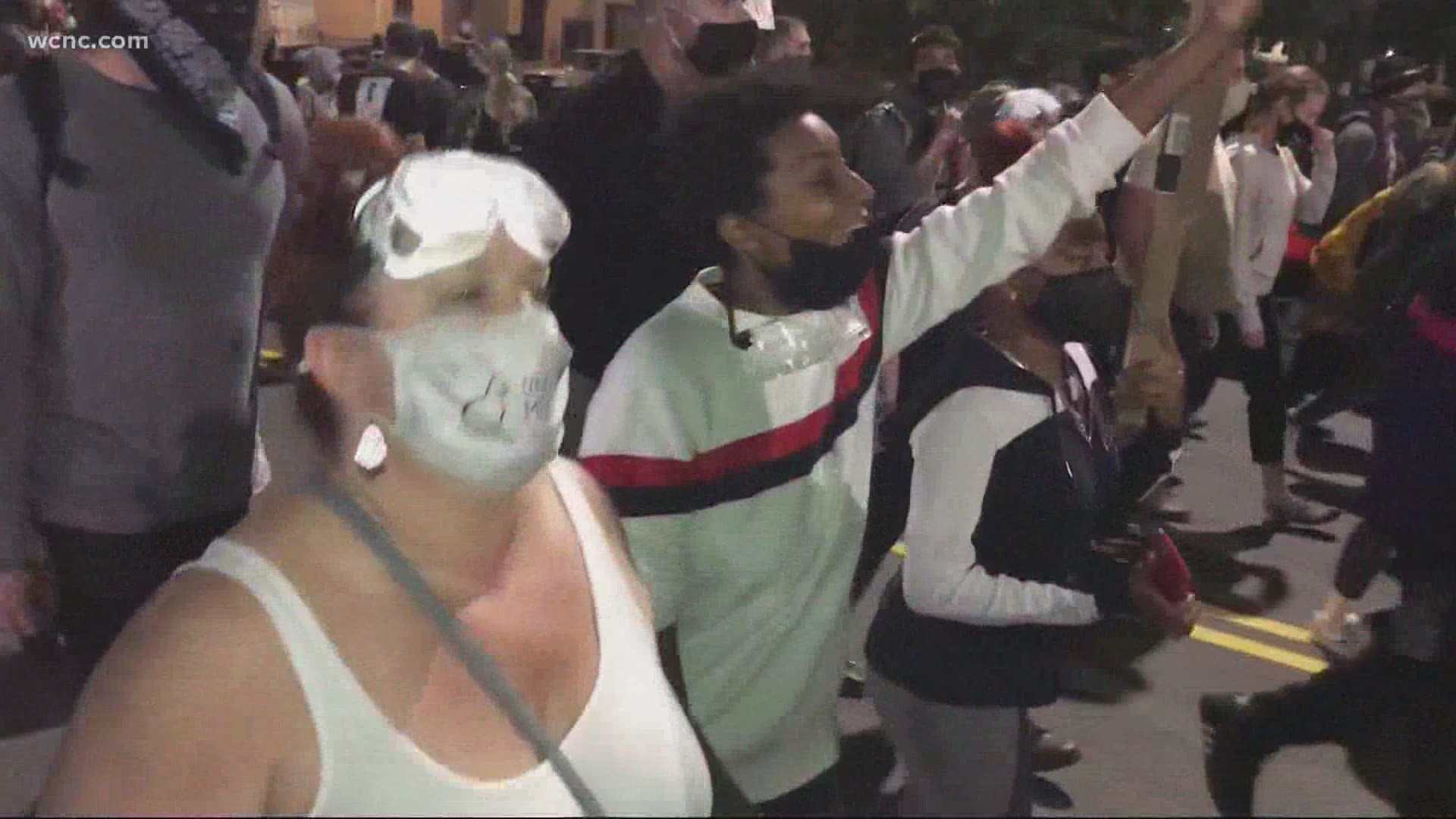 "Protesters are currently blocking the roadway at 4th and College," the Charlotte Mecklenburg Police Department tweeted at 10:25 p.m. Wednesday. "CMPD is currently monitoring a protest in taking place in Uptown Charlotte."

Around 8:45 p.m., police said about 100 people left the organized demonstration in First Ward Park. For the first hour, the moving protest remained peaceful.

"Since then a civilian's vehicle has been damaged and several protester's have been throwing objects such as scooters, signs and cones," CMPD described on Twitter.

The protest began at 8:45 pm when about 100 individuals left First Ward Park. For the first hour everything was peaceful. Since then a civilian’s vehicle has been damaged and several protesters have been throwing objects such as scooters, signs and cones into the street.

No arrests or injuries were reported in Charlotte Wednesday night as a result of the protests, according to CMPD.

The Jefferson County, Kentucky grand jury recommended Wednesday three counts of first degree wanton endangerment for former Louisville police officer Brett Hankison for firing shots that went into a nearby apartment the night of Breonna Taylor's death. No other officers involved were indicted.

Attorney General Daniel Cameron's office said it did not investigate Kenneth Walker or Breonna Taylor, claims of civil negligence by the officers or the narcotics case against Jamarcus Glove or the search warrant obtained for Taylor's apartment.

Across the United States Wednesday night, protests and demonstrations followed.