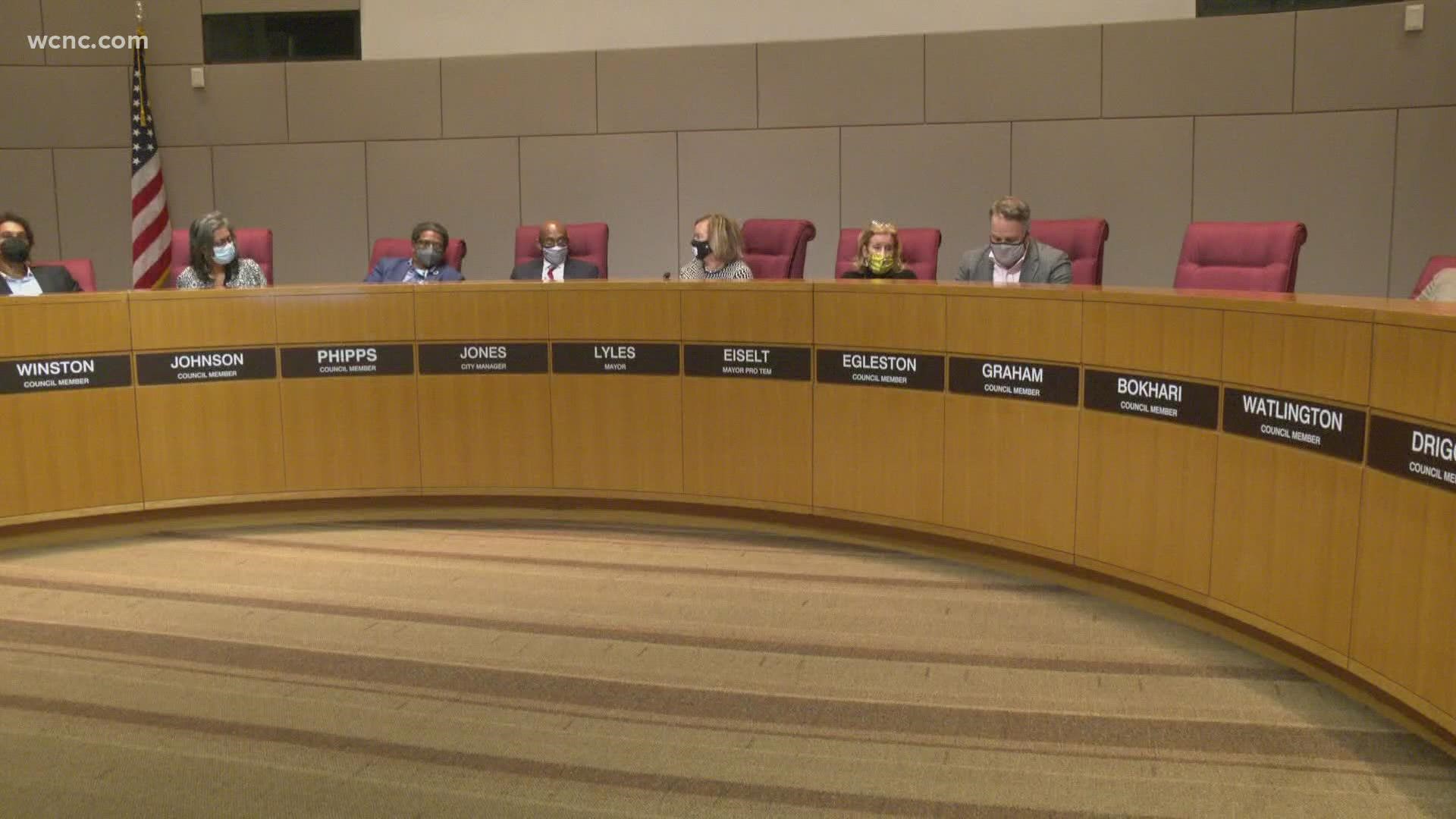 CHARLOTTE, N.C. — It was expected to be a busy night for Charlotte City Council Monday.

Their meeting began at 5 p.m. and included agenda items including accusations that COVID-19 relief money was misused, a vote on funding support to Atrium Health's Innovation District, and the expansion of automated screening lanes used to speed up security checkpoints at Charlotte Douglas International Airport.

The Charlotte City Council meeting can be streamed and watched on the Charlotte Government Channel.

Use of federal COVID-19 money in Charlotte

Council members were expected to address several items on the agenda, including how federal COVID-19 money was spent within the community.

Congressman Rep. Ted Budd, who represents the state's 13th congressional district spanning from Rowan County through Caswell County, sent Charlotte Mayor Vi Lyles a letter asking for answers about how the city planned to spend $60 million in funding from the American Rescue Plan (ARP). That dollar amount represents the bulk of the $71 million awarded to the city as part of pandemic relief. 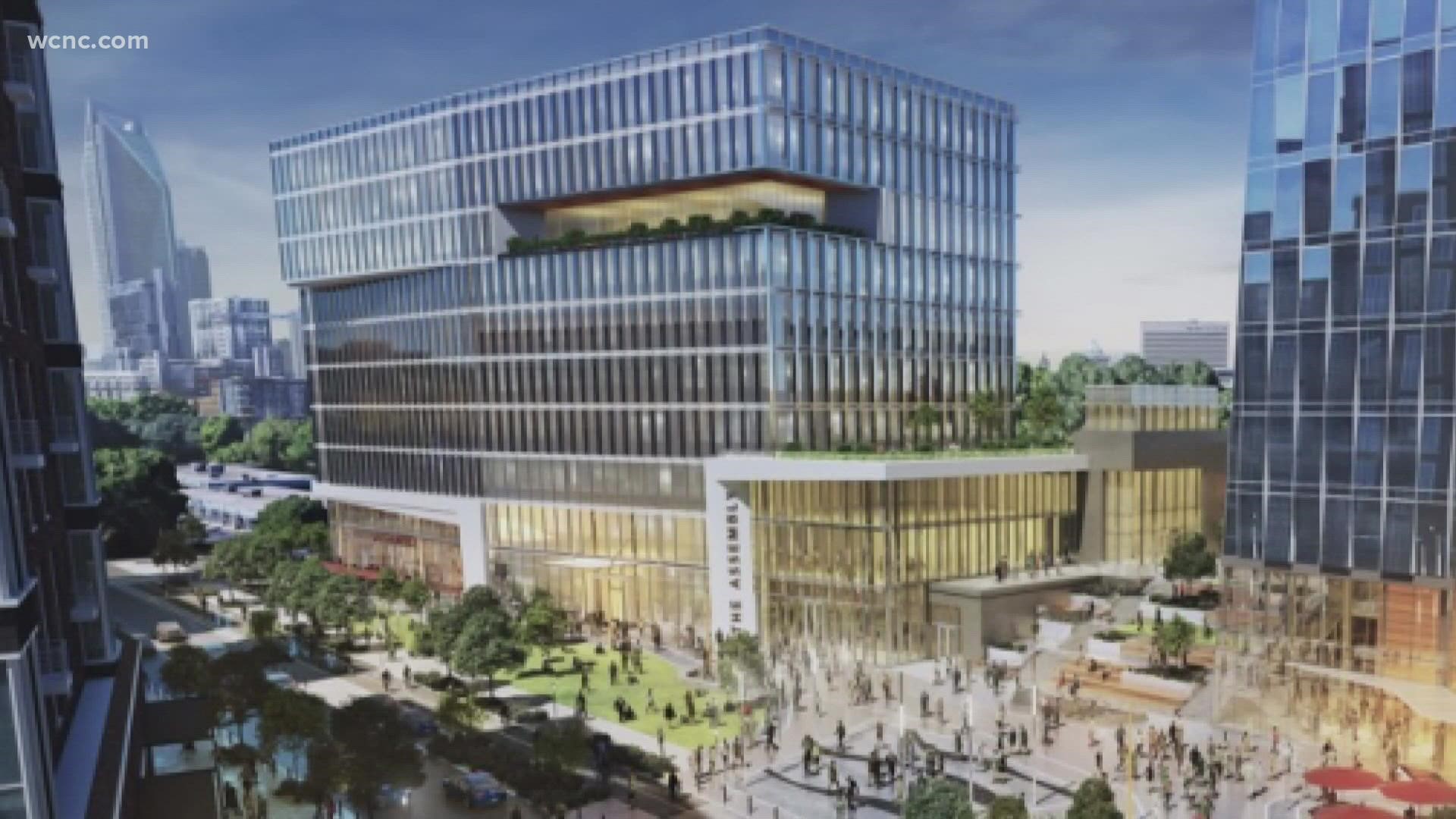 Council also voted on Atrium Health's Innovation District, which passed unanimously. They also discussed whether to use public money to help with infrastructure costs for the medical school project.

Atrium Health issued a statement ahead of the Council meeting, saying "using public money" to finance the Innovation District is a bit of a "misnomer.

"It's important to note there is no upfront money granted to Atrium Health or the project develop via the tax increment grants (TIG) that have been requested," a spokesman from Atrium Health said by email. "As the property is developed, the TIG funds offset some of the construction costs incurred for infrastructure costs that would normally be borne by the city and/or county – things like water, sewer, and power, as well as roads." 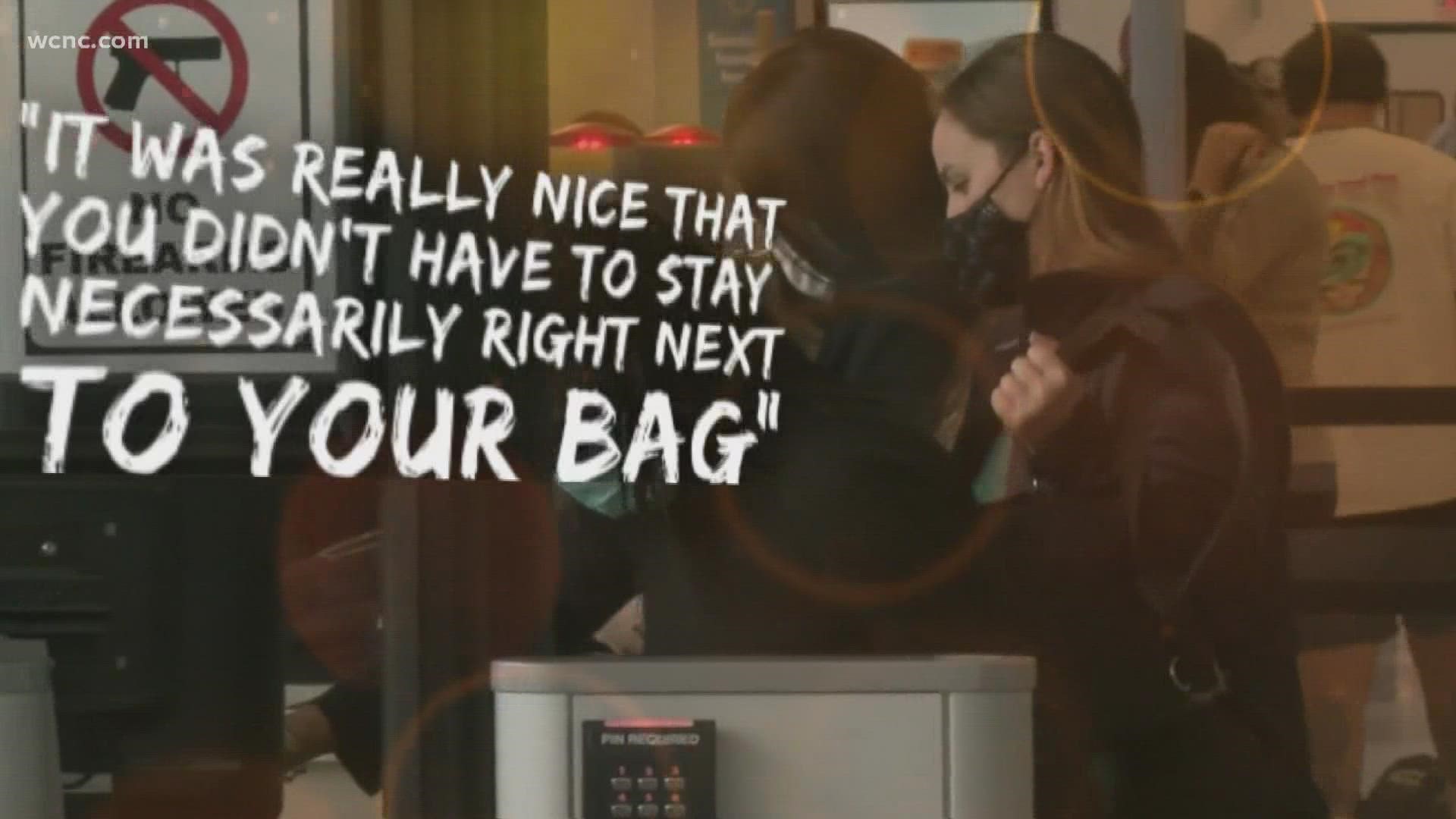 Charlotte’s City Council will also vote on an airport project that’s supposed to get travelers through security lines faster. The project comes with a price tag that’s almost $4 million and will bring automated screening lanes (ASL) to Checkpoints A and B at Charlotte Douglas Airport (CLT).

Automated screening lanes allow several passengers to place items in bins at the same time. The process is more automatic, and the bins are 25 percent larger. The lanes were already installed at Checkpoint E, which is at the east end of the airport, in February of 2021.

The vote to install more comes as major renovations continue at CLT.  The number of checkpoints available will be reduced while work is being done on the terminal lobby and checkpoints. Automated screening lanes should help with wait times during that time.

Representatives for CLT said if approved, work will start in Fall of 2022 and the new checkpoint should open in Spring 2023. Checkpoints A and B will be combined to become Checkpoint 1.  Brierton, James

“ASLs enhance security efficiency while decreasing the amount of time travelers spend in the security screening process,” said a spokesperson for the airport.