As protests over the death of George Floyd continue across the country, several cities have put curfews in place in an effort to reduce crime. 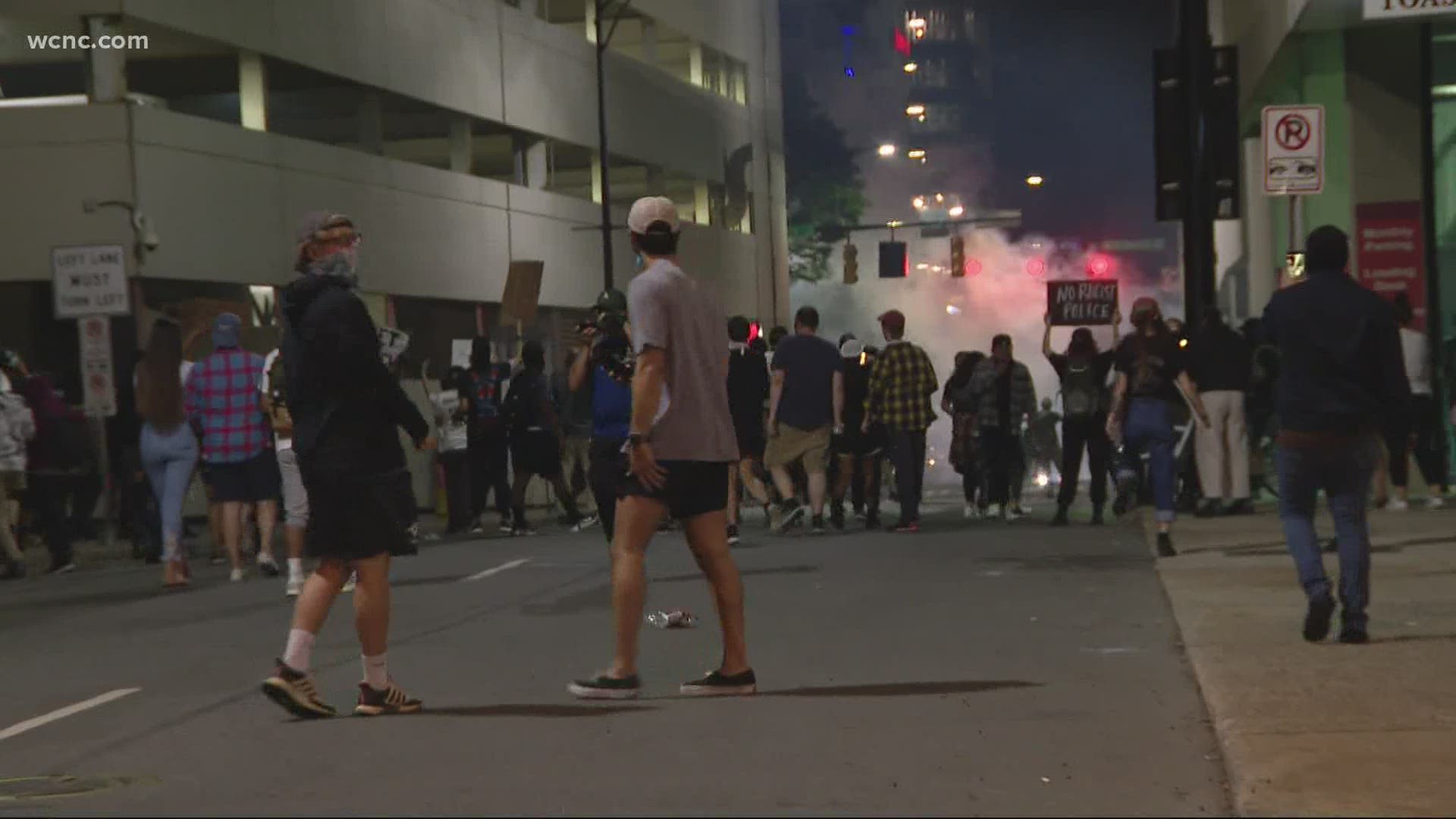 CHARLOTTE, N.C. — A series of violent protests after nightfall is sparking questions about whether Charlotte should impose a curfew.

Other cities including Los Angeles and New York City have put curfews in place, as well as Raleigh and Greensboro in the Carolinas.

There definitely has been a pattern over the past few days in Charlotte, where protests over the death of George Floyd during the day are peaceful, but at night they are not. That’s raising questions about whether a curfew is needed in the Queen City.

Now, city leaders are considering the best course of action.

“That may end up ultimately being a curfew,” said Charlotte city councilman Tariq Bokhari.

A growing number of cities of all sizes are now imposing curfews. However, Councilman Bokhari says the drastic measure could also escalate the situation and put officers in more danger.

“I've never been a fan of curfews,” said Robert Dawkins with the advocacy group, SAFE Coalition.

Dawkins says SAFE Coalition has had members at the protests in Charlotte. He says a curfew would only impede the rights of law-abiding citizens.

“If I want to go out and I want to destroy property, then a misdemeanor fine for violating curfew is not going to stop me,” said Dawkins.

“If this is a battle of the wills, we're hoping that will prevail,” said Mayor Pro Tem Eiselt.

WCNC Charlotte reached out to the Charlotte Mecklenburg Police Department for their stance on a curfew, but at this point have not heard back.

“Despite things that we know need to still be worked on and worked out, it is a role model for the nation,” said Councilman Bokhari.

Ultimately, the decision about a curfew is up to the mayor.

Charlotte Mayor Vi Lyes told WCNC Charlotte the city has several options available with the emergency order, but the city doesn’t see a need for a curfew right now if protesters are peaceful, as they were during the day Tuesday.

RELATED: VERIFY: Fact-checking photos and claims from the nationwide protests

RELATED: Uptown business owner victim of looting during protests: “It was disheartening”