The first batch of 20 gallons is in production and should be going out by the end of the week. 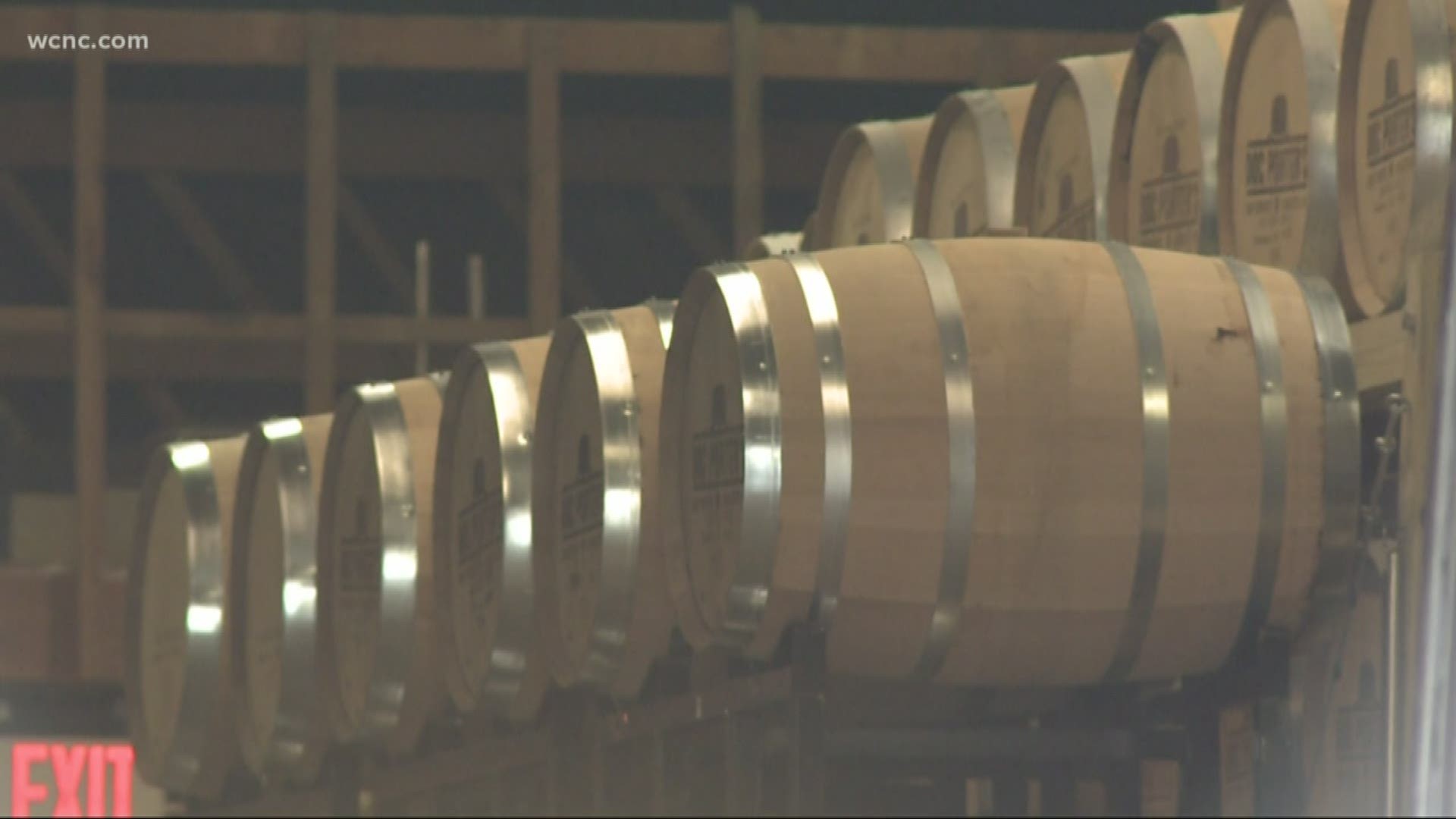 CHARLOTTE, N.C. — A Charlotte distillery closed for normal business is finding another way to be useful during the COVID-19 pandemic.

Doc Porter’s Distillery in Lower South End is working to make sanitizer to help organizations that need it most.

“We just happened to in the very unique position to be able to produce something that's really needed during this time,” said Liz Porter, one of the owners of Doc Porter’s Distillery.

With sanitizer flying off the shelves, the federal government circulated a recipe approved by the World Health Organization that distilleries can make.

"Following their recipe and their guidance on how to make it, it's pretty straightforward blending process and curing process from there,” said Andrew Porter, another owner of Doc Porter’s Distillery.

On Facebook, the distillery asked for recommendations of organizations on the front lines who need sanitizer the most like first responders, medical professionals, 501c3s providing shelter and assistance to the underserved in the community, and hospitality partners who are still working to provide food to those in need.

The distillery received nearly 170 requests for hand sanitizer from groups in the community.

The Porters said they were only planning to make a couple of batches, but Lowe’s has now stepped up to pay their first month’s expenses to help them produce the sanitizer and keep their employees working.

"We won't be making any profits, because we're donating all of this of course, but they are covering the expenses so not only can we keep our employees employed in creating something that at this moment couldn't be more necessary and needed in the community,” Liz said. "Lowe's is covering those costs for us."

The first batch of 20 gallons is in production and should be going out by the end of the week. The distillery will then be able to produce another 50 gallons each week.

In order to keep making the hand sanitizer, the distillery is asking for industrial amounts of a gallon or more of hydrogen peroxide.

Until the distillery can open back up and sell its usual alcohol selection, the Porters said they are thankful they can lend a helping hand in a time of need to keep hands sanitized throughout the crisis.

"I think anybody who's in the position we're in would do the same,” said Liz.

The distillery is not asking for any funding from the public to produce the hand sanitizer, but they hope customers will sign an online pledge to support them once this pandemic passes.

If you cancel a vacation rental due to COVID-19, can you get a refund?