The family tells WCNC Charlotte the aggressive confrontation was completely unprovoked as they were on their way to eat at a restaurant. 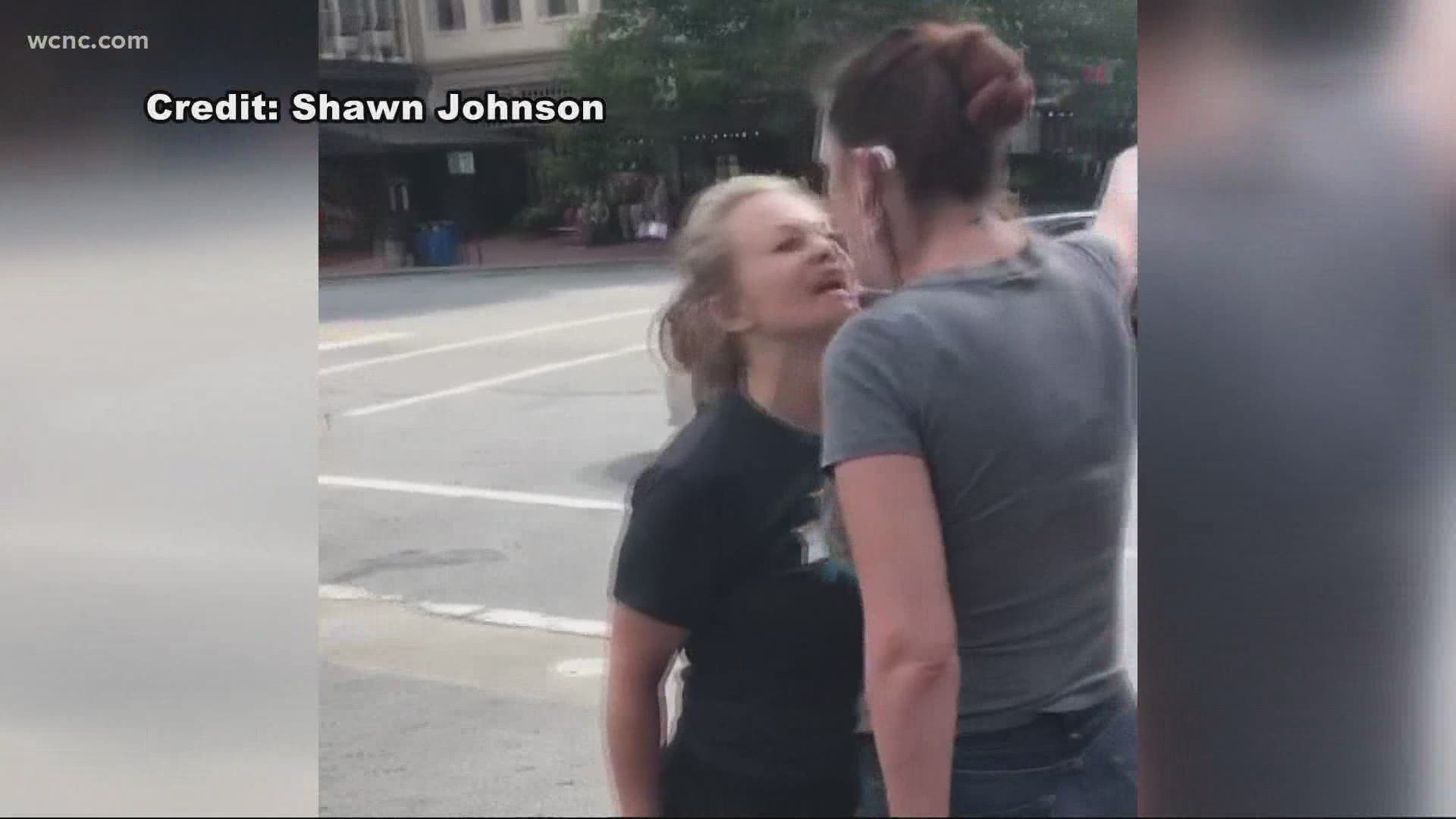 CHARLOTTE, N.C. — A Charlotte family visiting downtown Asheville for the weekend says they were confronted by a woman who yelled racial slurs at them as they walked down the street.

Aisha Sabur says when she first heard the woman screaming, she was in shock.

“She kept saying it over and over the n-word an amazing amount of times," Sabur said.

The family tells WCNC Charlotte the aggressive confrontation was completely unprovoked as they were simply on their way to eat at a restaurant.

In the video, you can see the woman continues to try to get a reaction out of Sabur, but instead, she says they started recording the encounter and kept their cool.

The woman in the video, who Asheville Police have identified as Rachel Ruit, is accused of not only yelling racial slurs at Sabur and her family in addition to verbally assaulting peaceful protesters who were nearby and tried to step in to deescalate the situation.

“Put my body in between Aisha and Rachel to try to get her away because that’s just not acceptable at all,” protestor Hollie Justice said.

Despite all the anger and hostility in the video, Sabur & Justice agree some good did come out of the situation—a friendship.

“You did what a lot of people don’t have the bravery to do,” Sabur says. "I’m very thankful.”

The aggressor Rachel Ruit now faces a criminal summons for disorderly conduct. Sabur says she has been in contact with Asheville Police and there’s a chance more charges could come.