"We don’t want to downplay the importance of even one fatality but when I see eight, nine fatalities a year, it’s concerning." 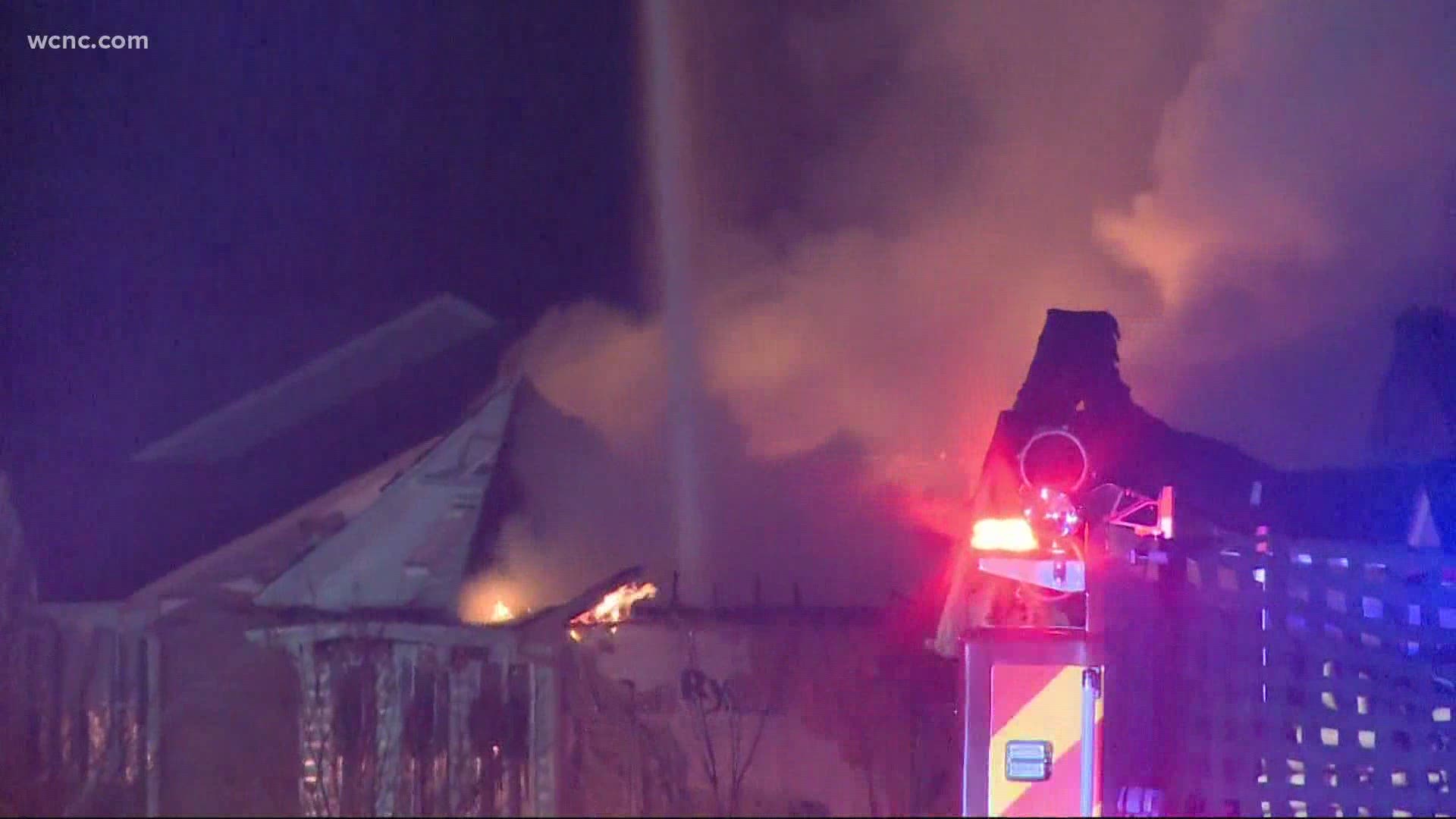 CHARLOTTE, N.C. — The Charlotte Fire Department is warning the community about an uptick in calls for fires they've received during the past fiscal year -- from July 1, 2020, to the present.

“Nobody ever expects for it to happen, it only takes a minute," Battalion Chief Matthew Westover said.

Like most issues that have arisen in the past year, Westover said the pandemic may have played a part in what's causing it.

"Our biggest issue is unattended cooking, and I think you can attribute that to more people are at home," Westover said.

Westover noted not only are more people at home, but more restaurants have closed early.

"People working late, coming home and not having options outside, they’ve got to prepare their meals," Westover said. "We’ve seen cases where people will sit down and fall asleep while their food is on the stove.”

"If you take those numbers and look at them, you can kind of see how we’re going to trend by the end of the year," Westover said.

"We don’t want to downplay the importance of even one fatality but when I see eight, nine fatalities a year, it’s concerning," Westover said.

Earlier this month, a 10-year-old and his grandmother died in an accidental house fire in East Charlotte that CFD said originated in a cooking device on their porch.

"The cause of that fire is consistent with the problems we’re seeing in the city of Charlotte, and we’re all responsible in trying to figure out how to reduce those injuries and reduce those deaths," Westover said.

Westover said he hopes people will take this message seriously because they don’t want to see any more property or lives lost in our city.

Along with cooking fires, Westover said the department has also noticed an uptick in juveniles starting fires, fires stemming from candles, and heat-related fires in the winter.

CFD advised to keep candles three feet away from anything flammable, keep a three-foot distance on all sides of a space heater, and make sure kids know the dangers of fire, what a smoke alarm sounds like, how to react, and how to get out. He also said families should know two ways out of every room, and to stay in the kitchen with food at all times.

Westover advised to test your smoke alarms each month and replace batteries every year if battery-powered. Click here to learn how to request a free smoke detector.