25-year-old Jabari Nelson was wheeled out of the hospital Saturday to a cheering crowd. 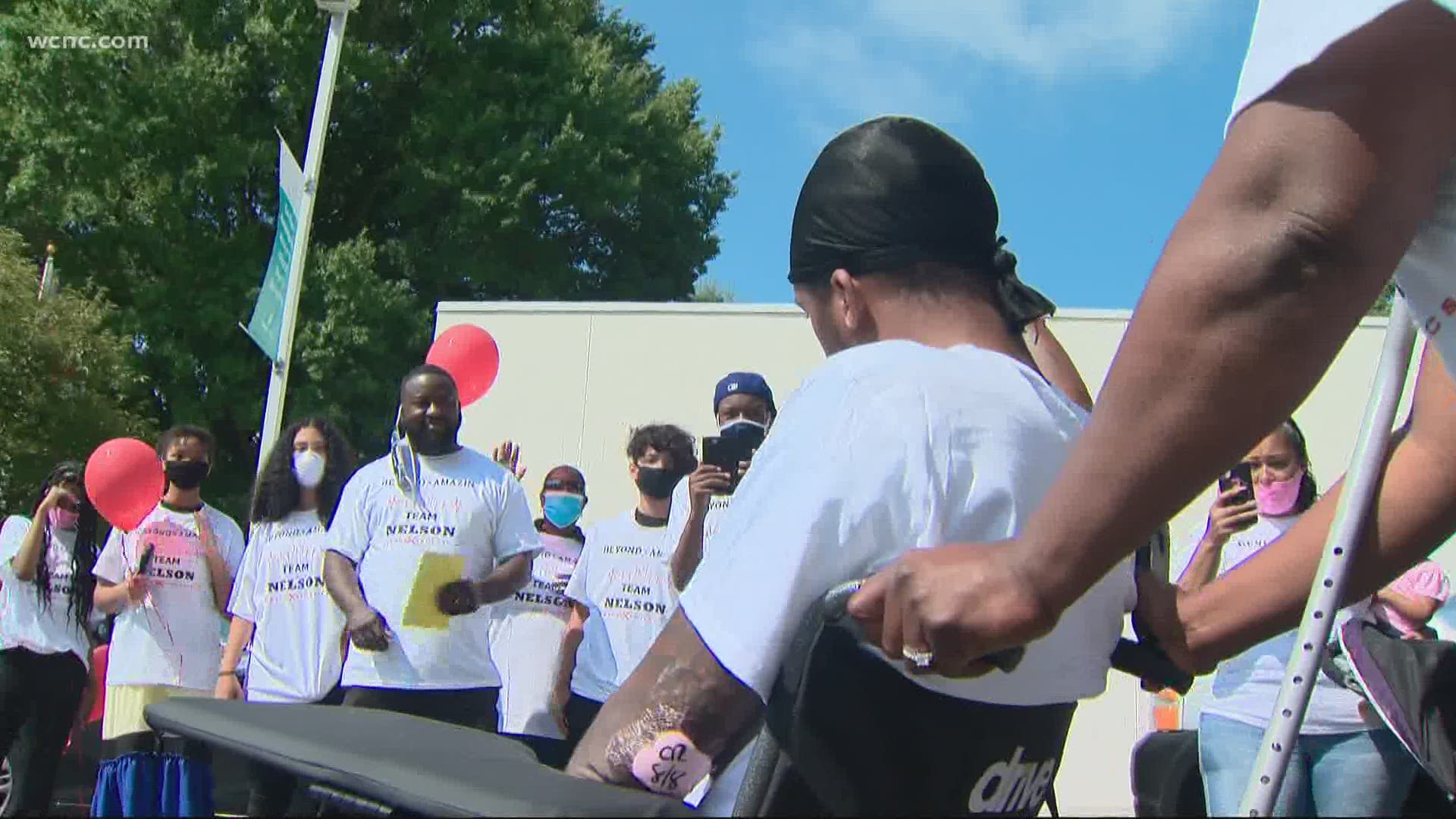 CHARLOTTE, N.C. — It's been a long road to get here, but on Saturday, 25-year-old Jabari Nelson left the hospital and was greeted by cheers from a large group of family and friends who had gathered outside.

On July 13, Jabari Nelson was nearly killed when his vehicle collided with a tractor-trailer on Interstate 85. The crash was so severe, the Jaws of Life had to pry him out and he was rushed to the hospital with severe brain injuries.

“When it first happened, even in trauma ICU they said it could be three to six months in ICU,” Nichelle said.

Remarkably, it didn’t take even half as long.

Due to COVID-19 restrictions at the hospital, Nichelle said she wasn’t immediately able to be by her son’s side.

But once she was, she says she instantly noticed progress. He slowly began to breathe and eat on his own and even started to move around a bit

“I’ve always told him to strive for greatness — that he was destined for greatness," she said. "There’s nothing you can’t do.”

Nearly four weeks later, Jabari was ready to leave the hospital. Nichelle credits her son’s speedy recovery in part to his own will and his determination.

And here's the big moment! Jabari's mom wheeled him to a cheering group of his family and friends. He even gave the crowd a show and walked around a little bit. Jabari credits his speedy recovery to his faith in God, as well as his will and determination. @wcnc pic.twitter.com/CVwDrAa5Ms

Nichelle and Jabari will tell you, though, that there was more at work than just him.

Nelson's mother pushed him out of the hospital in a wheelchair, but he showed the cheering crowd of loved ones that he was strong enough to stand and take a few steps.

“I’m definitely thankful to the Lord, and I just want to thank everybody else for being here,” Jabari said.

RELATED: It’s only by the grace of God he survived” | Serious crash with tractor-trailer leaves Charlotte man hospitalized with brain injuries