Mr. K's Soft Ice Cream, the old-fashioned burger joint on South Boulevard, will close its doors Friday after more than 50 years in Charlotte. 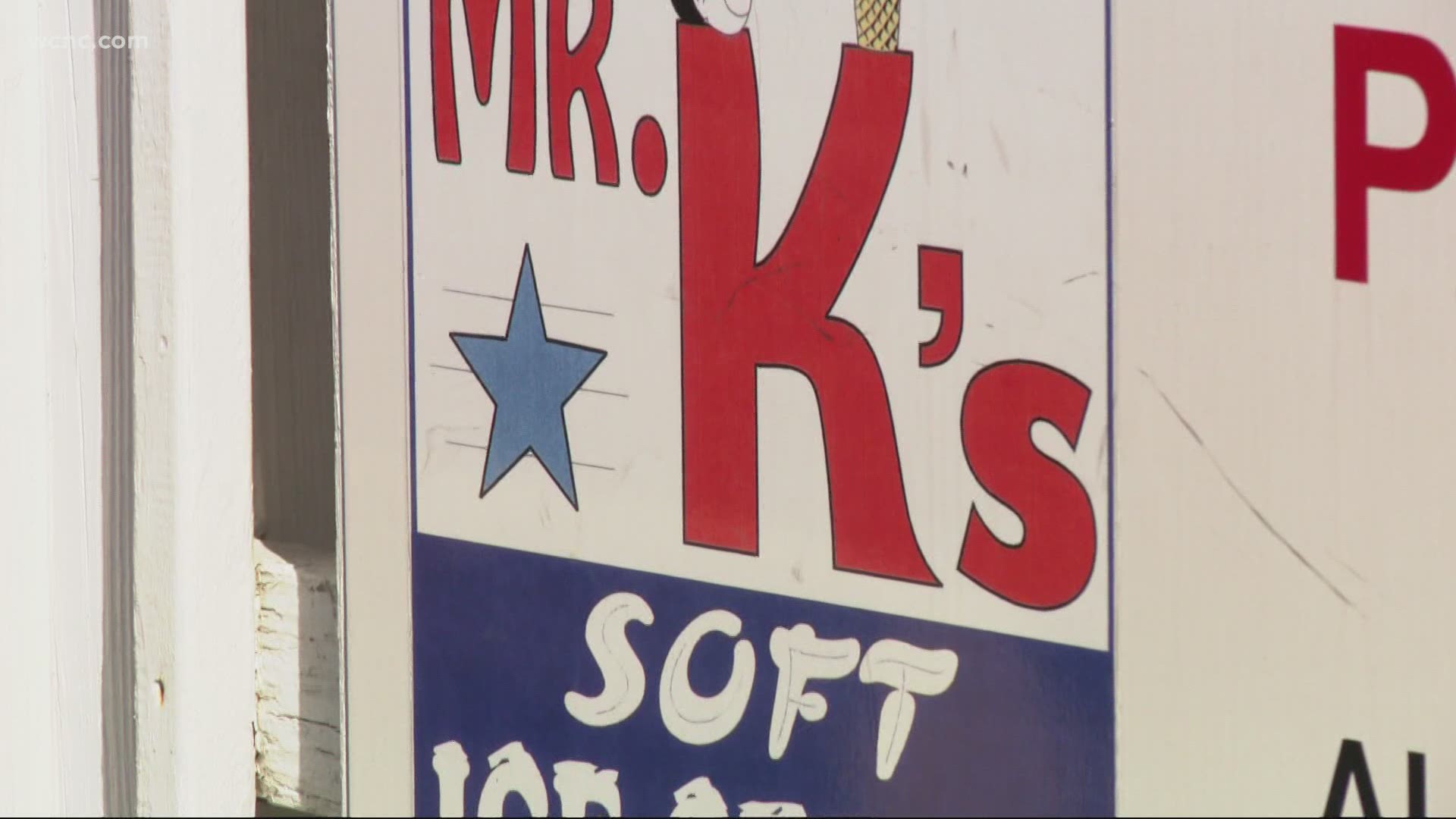 The restaurant made the announcement on its Facebook page. Mr. K's, located on South Boulevard in the heart of South End, will be open from 11 a.m. until 5 p.m. Friday.

"We appreciate the many memories we've shared with all of you. Not many places in Charlotte make it 50+ years, but with your support, we've been able to join that elite crowd," Mr. K's wrote on its Facebook page. "We hope you've felt the love from our family to yours.

"Thank you again. And best wishes to everyone."

By 1:30 p.m., the line ran all the way down the block with more than 50 people waiting to get one last meal at the South End restaurant.

Mr. K's first opened in 1967 as Zesto's. Four years later, in 1971, they underwent a building makeover and changed the name to Mr. Ks.

By the late 80s, Mr. K's was well established in the community and became a beacon of hope during Hurricane Hugo. As many people in Charlotte went several days without power, Mr. K's served meals to those in need.

News of the Charlotte institution closing led to an outpouring of emotions from longtime customers.

"You were South End before South End was cool," wrote Tom Petaccia. "There is a gaping hole in the soul of Charlotte that will never be fully patched."

RELATED: SouthPark Mall says popular No Grease barbershop will stay through end of lease after all

RELATED: Bank of America Stadium hosting another mass COVID vaccine clinic; how to get an appointment