Since 2014, Charlotte’s Evolutionary Aquatics has been celebrating diversity and inclusion through recreational aquatics. 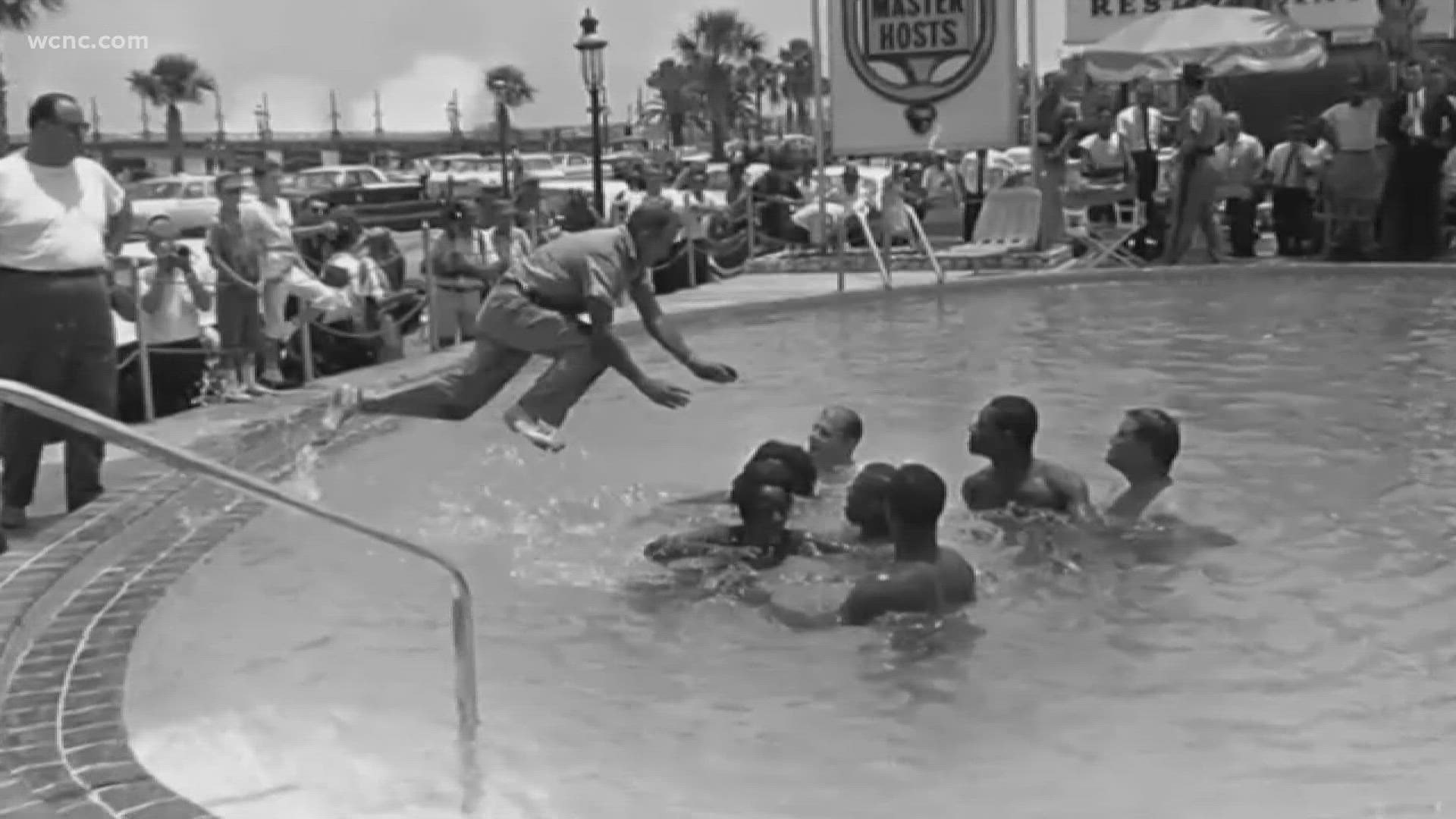 According to the CDC, drowning rates among blacks between the ages of five to 19 years old is nearly six times higher than those among whites in the same age group.

A Charlotte non-profit, led by Black women, is making it a mission to change that narrative.

“Whenever there were public pools or even in hotels you know we had to fight to be in those spaces," Dawn Patton, Evolutionary Aquatics Swim Coach, said.

Since 2014, Charlotte’s Evolutionary Aquatics has been celebrating diversity and inclusion through recreational aquatics.

“Segregation has made a huge impact on our community now,” Patton explained. “I actually saw an article about Saint Augustine in Florida where they had to do basically ocean sit-ins and there are pictures of them being beat just going into the ocean just a swim.”

The U.S Masters Swimming team believes every adult should know how to be safe and comfortable in the water and learn how to swim regardless of what history has shown.

“A lot of us have always grown up hearing that black people don’t know how to swim," she said. “Of course in segregation them pulling all the access by removing pools in public areas that just have driven us to now have a community that isn’t really knowledgeable about water. Removing access was powerful."

Patton said she hopes the initiative will help people feel more comfortable in the water.

“Our main goal right here is to make sure that we take that away from our community so that we can teach and we can have people be respectful of water but also have fun in it and feel comfortable in it," she said. “You feel like family so it’s almost like a family reunion every time we come out.”

Evolutionary Aquatics offers low to no-cost swim lessons to both men and women.

If you’d like to get involved or donate to this program visit https://www.evolutionaryaquatics.org.

Learning how to swim has become very personal to WCNC Charlotte's Ruby Durham who joined the non-profit this spring. Here's her experience in her own words: 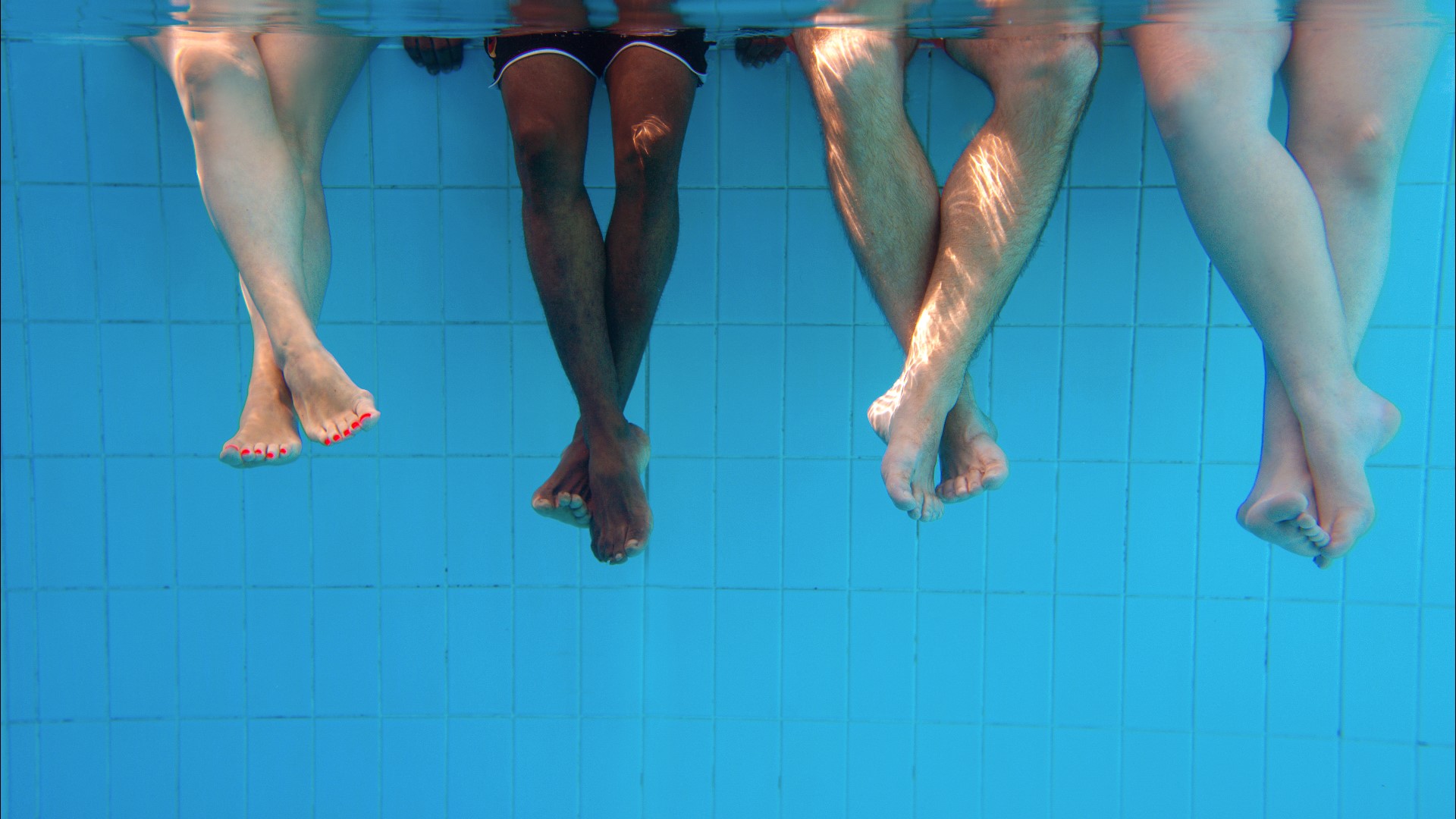 "Right before the pandemic I went to Jamaica with my friends and it was the best experience that I’ve ever had.

But the one thing that I took away from it was I didn’t know how to sim and at the point it was OK we can’t go out of the country and be cute but not know how to swim.

One of the excursions you had to jump off the pier and you had to swim to this kind of like bouncy house situation in the middle of the ocean.

There wasn’t a canoe, boat, kayak, I had to sit on the sideline and watch all my friends swim across and have fin without me.

So I said OK Ruby this is the last time we are going at the country and not know how to swim.

When she first started she was very water apprehensive about the water," Dawn Patton, Evolutionary Aquatics Swim Coach, said.

I know that I’m a big goal was to make sure that she didn’t sit on the sideline when she goes on vacation.

And it was just amazing to see her confidence grow over the course of maybe about a month and a half to really feel comfortable in water," Patton said. “I felt like a proud mommy."

I started in April here now in September I am light years ahead.

Especially when she jumped in ten feet and was able to come back up," Patton said. I didn’t think that I would ever learn how to swim I didn’t grow up learning how to swim.

You just have to start somewhere and find a program that fits you because that is a major part of it.