Think about all the nonprofits doing essential caregiving work around the community. Some say they've had to stop operations because of the high demand for gas. 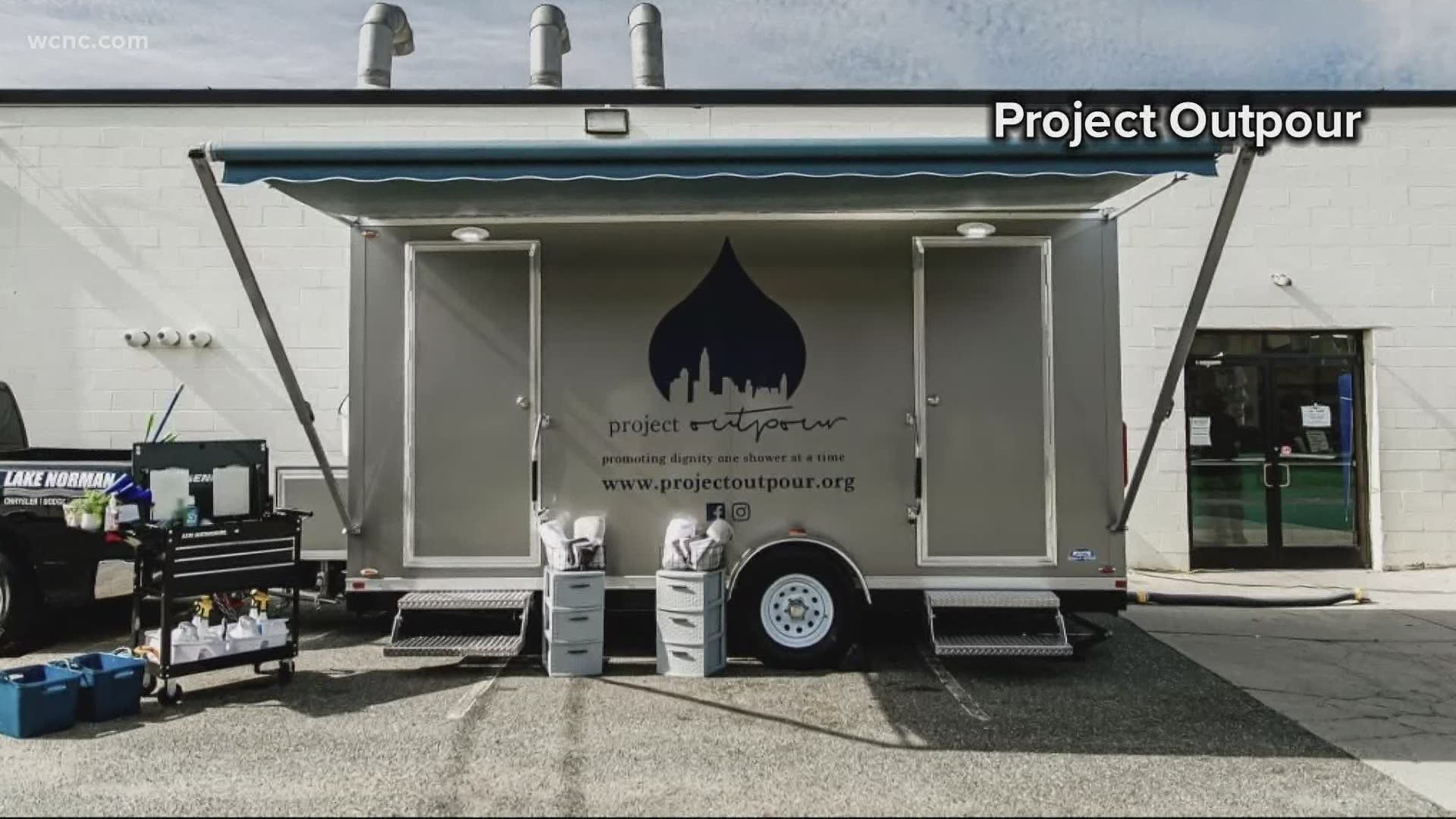 CHARLOTTE, N.C. — The panic buying at the gas pumps forced a Charlotte organization to pump the brakes and halt its services to a vulnerable community.

There are dozens of non-profit organizations in the Queen City that serve different groups in the community, with many of them going out to serve people instead of waiting for people to come to them.

Project Outpour is one of them. The nonprofit takes mobile showers around town, allowing our homeless neighbors the ability to take a hot shower and change clothes.

"Being clean and access to hygiene is a basic human right," Laura Gorecki, the chief dignity officer at the organization, said.

RELATED: Cybersecurity experts say ransomware attacks are up 300% over the past several months

The showers are free, along with shampoo, soap, conditioner, a change of clothes and connections with other services.

"We try to meet people where they are as opposed to requiring them to come to us," she explained.

However, that takes gasoline; not only to drive the mobile showers around town but to run them, too.

"It takes about a half a tank of gas to operate shower day," Gorecki said.

The jostle to the nozzles meant finding gasoline for Wednesday's shower day was impossible.

Gorecki searched all over Charlotte, she said, finding gas stations completely out of fuel and lines too long for her near-empty tank to wait.

RELATED: Where are the gas shortages in my area?

"Unfortunately I had to cancel shower service today," Gorecki said.

It's why she's asking everyone to stop panicking and hoarding gasoline.

"It's really frustrating knowing that they're taking more than they need when other people have to go without," she added.

She's relieved the Colonial Pipeline restarted and she's hopeful to find gas soon so her shower pipelines can restart too.

She understands that if you find gas and need it, then get it. She just asks everyone to try to think about other critical services that depend on gasoline.

Gorecki hopes to be back out offering mobile showers once the fuel supply gets caught up.