The attorney who filed the suit said the encampment is making future buyers want out. Advocates say the needs of those living in Tent City are being ignored. 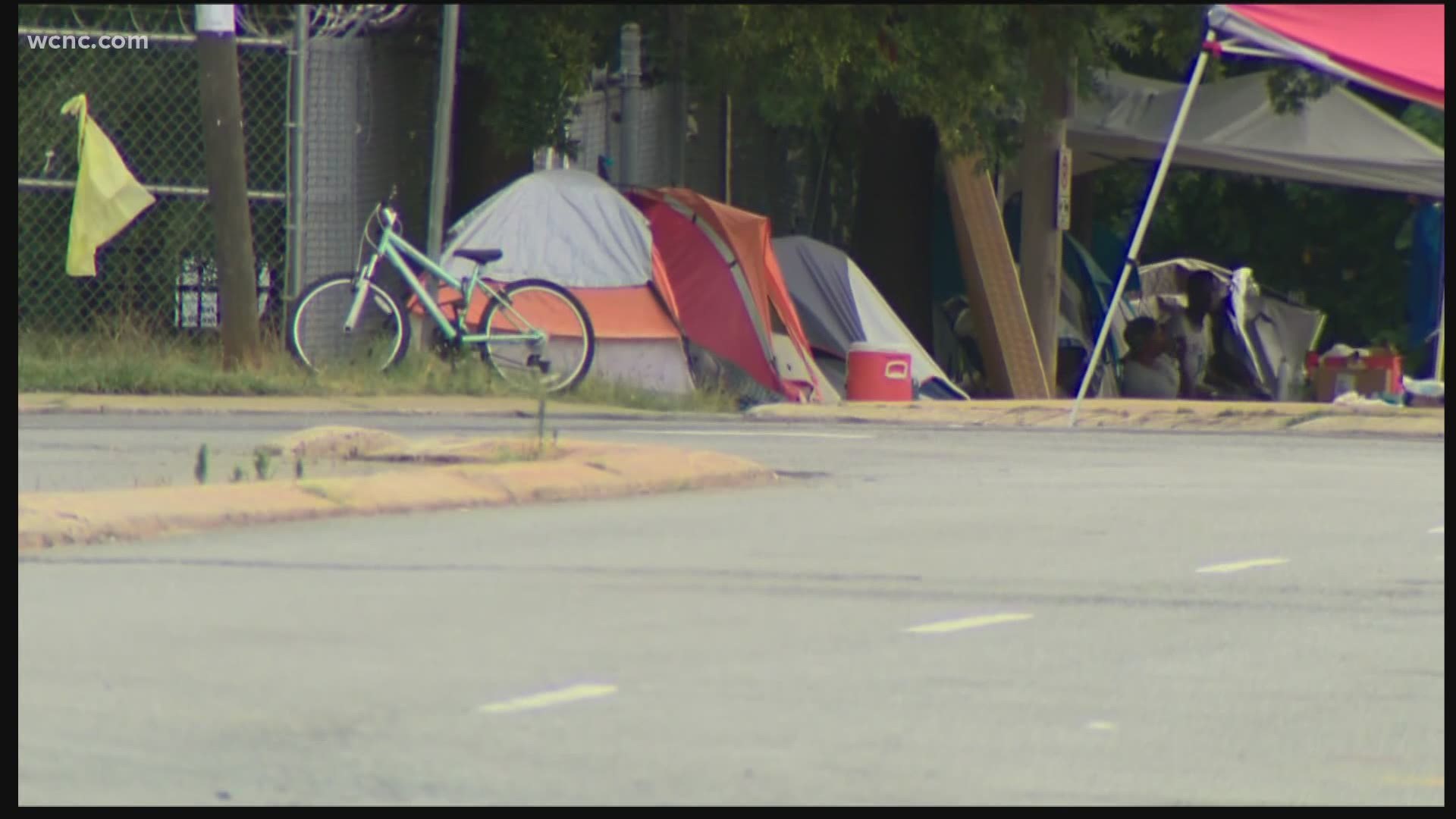 CHARLOTTE, N.C. — A Charlotte property owner has filed a lawsuit to remove a growing homeless encampment near uptown known as “Tent City.”

The property owner who owns the lot at 900 North Tryon Street says enough is enough.

According to a recently filed lawsuit, the encampment outside of uptown Charlotte known as Tent City has grown exponentially since March to the point where future buyers want out.

“My client's property has been under contract several times, most recently it was under contract and that contract fell through as a direct result of this homeless encampment,” said R. Lee Robertson Jr., the Plaintiffs attorney.

According to CMPD, on August 7 at around 5 p.m., WB Moore Company gave notice to approximately 100 homeless individuals occupying the company’s private property that they are trespassing and need to vacate the property by Friday, August 14, at 5:00 p.m.

R. Lee Robertson Jr., the attorney who filed the suit, said the lot is prime real estate due to its proximity to uptown, but the homeless encampment is making North College Street completely inaccessible.

Now the property owner is suing two nearby businesses, WorldCom and MSC College Street, claiming they encouraged the creation of Tent City.

“My clients are very empathetic with to homeless especially those who have been impacted by COVID-19 – but the city of Charlotte refused to take any action to deal with this problem and instead has decided to foist it on property owners to resolve what should be the city’s problem to fix,” Robertson Jr. said.

According to the suit, between March 1, 2020, and July 27, 2020, there have been 41 crimes reported in reference to Tent City including 25 assaults, eight robberies and six thefts.

“Filing this lawsuit was the last resort, my client made numerous demands both on local non-profits that work with homeless, property owners themselves and the city of charlotte to take action to resolve this problem," Robertson Jr. said. "All of those were ignored."

Meanwhile, advocates say the needs of those in Tent City are also being ignored.

“From a humanity aspect they’re suffering out there, they’re hot, there’s not great hygiene at all, there’s no medical services whatsoever,”  said Kenya Joseph with Hearts for the Invisible Coalition.

Kenya Joseph of the Hearts for the Invisible Coalition and her colleague Jessica Lefkowitz said if those living in Tent City are kicked out, it will only add to the increase of COVID-19 cases in Charlotte.

“It’s not going to be one organization that’s going to be able to get this accomplished — we all have to do it together,” Lefkowitz said. “If this hurricane blew in the way we all thought it would, where would these people be, and where do they expect these people to go?”

WCNC Charlotte has reached out to the other business owners named in the lawsuit but has not received a response.