Both the victim and his passenger were wearing reflective clothing when they got out of the truck to empty trash containers at the curb. 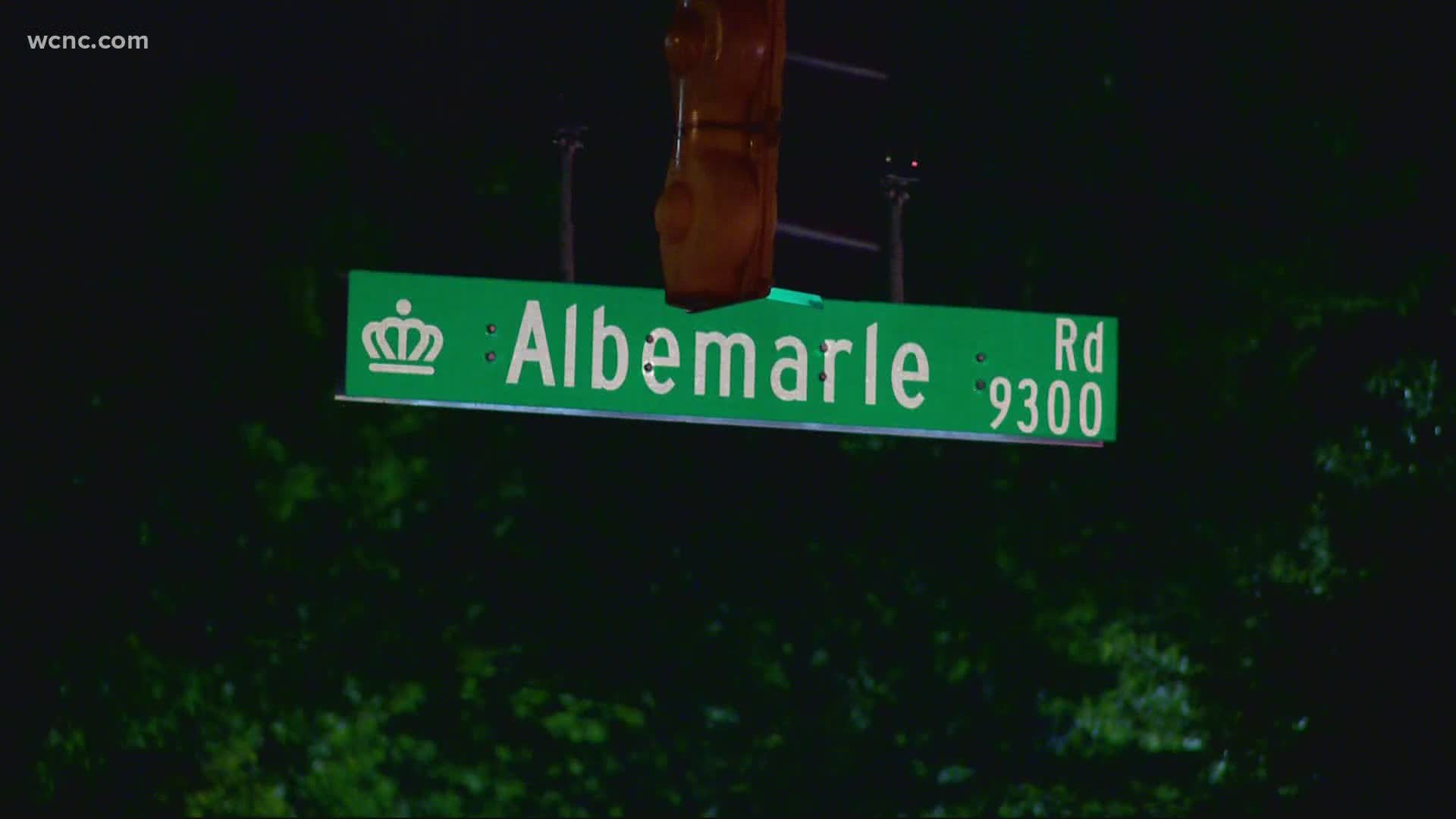 CHARLOTTE, N.C. — A Charlotte sanitation worker was killed Monday morning after being hit by a car while picking up trash, according to the Charlotte-Mecklenburg Police Department.

It happened Monday shortly around 11:30 a.m. CMPD officers responded to the 9600 block of Albemarle Road to reports of a vehicle crash. When they arrived, officers found 55-year-old Robert Taylor in the roadway with critical injuries.

Officers saw two vehicles involved in the crash — a City of Charlotte garbage disposal truck and a 2013 Toyota Prius.

Officers applied tourniquets to Taylor while waiting for Medic. When Medic arrived, they took him to Atrium Health's Carolinas Medical Center where he died. His family has been notified.

The driver of the Toyota, Eugene Banks, was taken to the hospital with serious injuries.

Police believe the garbage disposal truck was stopped in the road in the right lane of travel with all required flashing and hazard lights activated. Both Taylor and his passenger, Ernest Scott, were wearing reflective clothing when they got out of the truck to empty trash containers at the curb.

While emptying the containers into the truck, Taylor and the garbage truck were struck by the Prius, which was traveling east of Albemarle Road in the right lane of travel. Police said the driver of the Prius did not slow or change lanes prior to the crash.

Banks, the driver of the Prius, was not impaired at the time of the crash, according to CMPD. It's not known why he didn't stop or slow, but excessive speed is not believed to be a factor.

Banks' cell phones were seized, and CMPD said the investigation will include an examination of the phones to see if they were used at the time of the crash.

Banks has been charged with Misdemeanor Death by Motor Vehicle.

"Mr. Jones and I went to visit his family today," Mayor Lyles said. "They are so distraught. But I also think they were comforted people who worked with Mr. Taylor at Solid Waste Services surrounded them and extended their support to them."

This remains an active and ongoing investigation. Any witnesses to the crash, or anyone with information concerning the crash, should contact Detective Crum at (704) 432-2169 Ext# 4 or Crime Stoppers at (704) 334-1600.

CMPD: Arrest made in July 12 homicide

Gaston County to reopen schools under Plan B concept