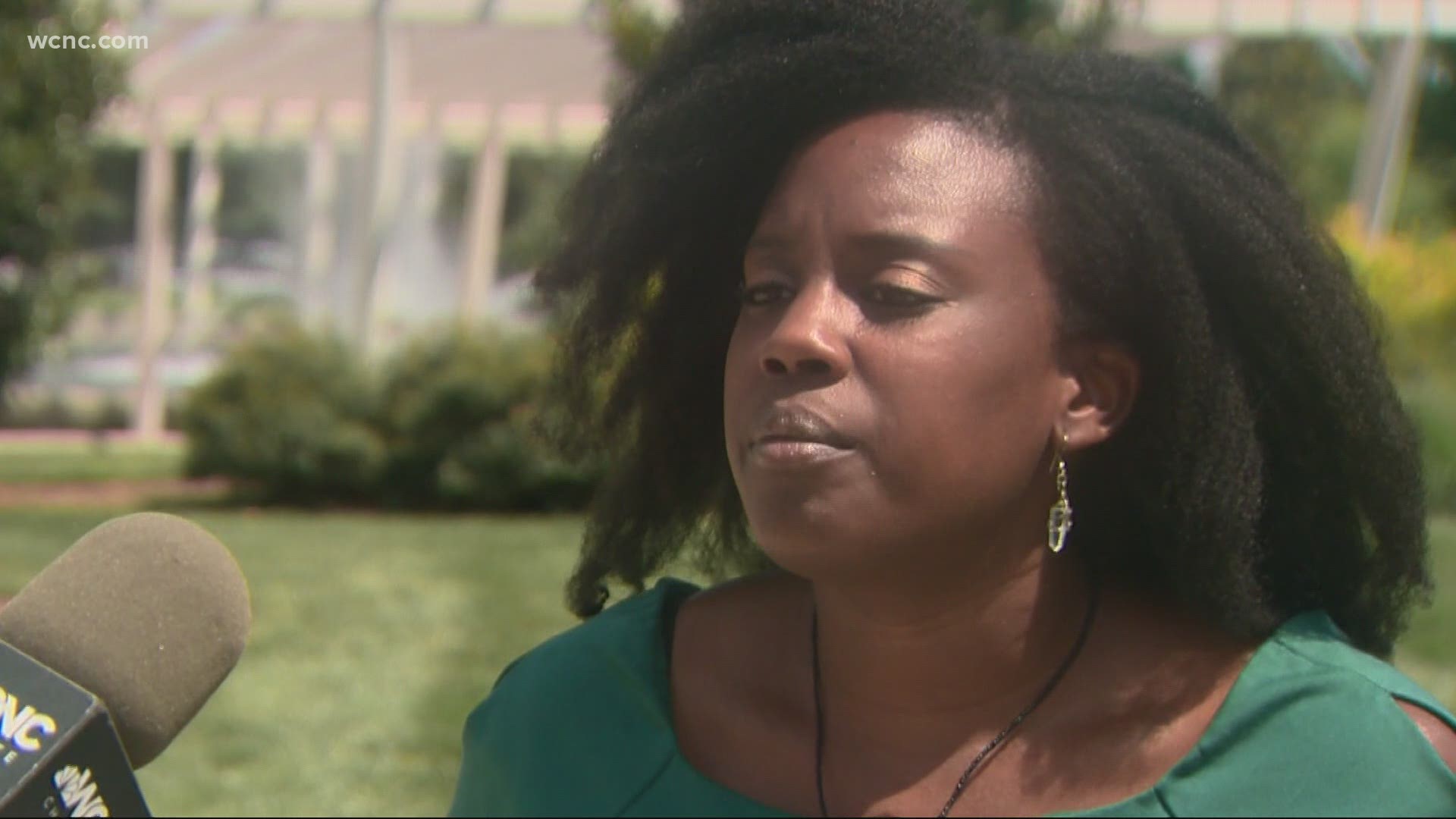 CHARLOTTE, N.C. — A case of mistaken identity turned into a traumatic experience for one woman who says she wants to see the Charlotte-Mecklenburg Police officers involved in her false arrest held accountable.

The incident took place June 14 as J. Horne returned to her home in west Charlotte. She says as she got out of the car in her driveway at least 10 police cars pulled up and surrounded her.

“There’s a police officer and he hops out of his car, points his gun at me, and asks me to get out of the car,” Horne said.

She says at that moment she was clueless as to what was happening and why.

“He never asks me for my driver’s license or registration until he handcuffed me and put me in the back of the car,” Horne said. “I’m just confused, what’s going on? I have a clean record. I’m a school teacher.”

FALSE ARREST: A #Charlotte school teacher says she was mistaken for a suspect, put in handcuffs and her car searched before @CMPD realized they had the wrong person.

Tonight on @wcnc at 11pm she shares what she calls a "traumatic experience" & the changes she hopes to see! pic.twitter.com/v25Y6LLzh7

Police later explained they had mistaken her for a suspect with a similar name, but once they realized they had the wrong person they released her with a simple "sorry."

“I thought I was going to die or they were going to put something in my car that wasn’t there," Horne said. "At that point, the damage was done and I was already traumatized."

She immediately filed a complaint with CMPD’s internal affairs bureau and wrote several emails to the Charlotte mayor, city council members, and police precinct leaders in hopes of getting her story out so the same thing doesn’t happen to someone else.

Horne says moving forward she would like to see the officers involved held accountable. She's also asking for a review of the police protocol in situations like this and hopes to receive a sincere apology. CMPD Chief Johnny Jennings says he has been in direct contact with her and recognizes the need to make things right.

“It may be where we are looking at it and officers are taking that extra step so that she can feel better as much as we can about that encounter as traumatic as it was,” Chief Jennings said.

Horne says she is now seeking legal help for her situation.