Sreethan Gajula attends Marvin Ridge Middle School and is sponsored for the event by the Carolina Panthers. 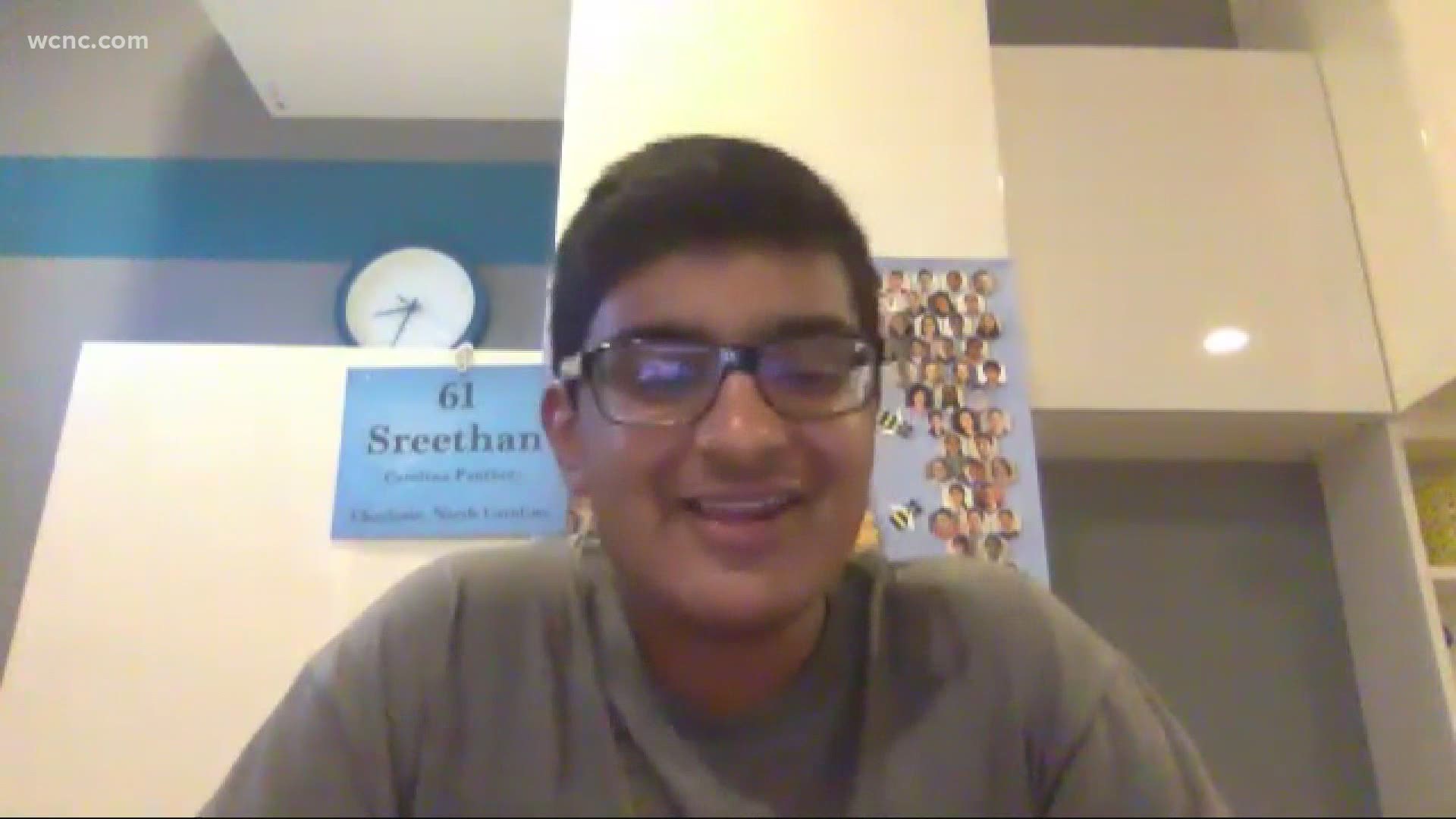 One eighth grader from Union County is spelling his way to success on a national stage.

Sreethan Gajula, 14, punched his ticket to the semifinals of the Scripps National Spelling Bee on Tuesday, June 15, and is now lone representative from North Carolina in the competition.

Gajula is among 30 students nationwide that made it to the next leg of the spelling bee.

#Speller61 Sreethan Gajula from North Carolina has spelled the word hornito correctly, and will advance to the semifinals! https://t.co/gYiqHi4Ds1 #spellingbee

Gajula attends Marvin Ridge Middle School and is sponsored by the Carolina Panthers.

"It was really a surreal experience," Gajula said about making it to the semifinals. "Soon as she said, 'that is correct,' a lot of emotions were rushing through my mind. I was kind of in a state of shock... it was a really fruitful day today."

The level of support has been a sight to see for Gajula and his family. Union County Public Schools is just one of the groups posting online and showing they’re behind the speller.

Go Sreethan, go! Our on Sreethan Gajula has made it through the first 3 rounds of the Scripps National Spelling Bee, and will continue competition this Tuesday at noon on ESPN! @ucpsnc @aghoulihan pic.twitter.com/NP8SgmWyGr

"My school supported me so much," he said. "They've given me so much support and given so much confidence in me."

Gajula also thanked the Carolina Panthers for sponsoring him in the competition and the support they've given him.

Gajula said he's wanting to put Charlotte on the map during this year's spelling bee, and wants to represents past and current spellers that competed in the event.

"This is a really humbling and honorable experience," he added.

Students from South Carolina that made it to the event include Lukas Chavis (Florence), Keerthana Samuel (Charleston) and Na’amah Morbeth (Spartanburg).

There’s never a dull moment for Gajula, either.

According to his biography on the Scripps’ spelling bee website, he and his friends are working on a research project about plastic decomposition and “altering the process of decomposition to make it faster and more effective.”

As far as what's ahead, the Marvin Ridge student said he's preparing for the next leg of the spelling bee, and offered some words of advice for others looking to get into event.

"Working hard will always pay off," Gajula said. "Dedication, passion... those are keys for success."

The semifinals for the Scripps National Spelling Bee will air live on ESPN2 and ESPNU on Sunday, June 27, at 7 p.m.  The finals are also set for July 8.

You can learn more about the event by clicking here.