In 2018, Charlotte Water reported 164 sanitary sewer overflows, with 40 percent due to debris including wipes. 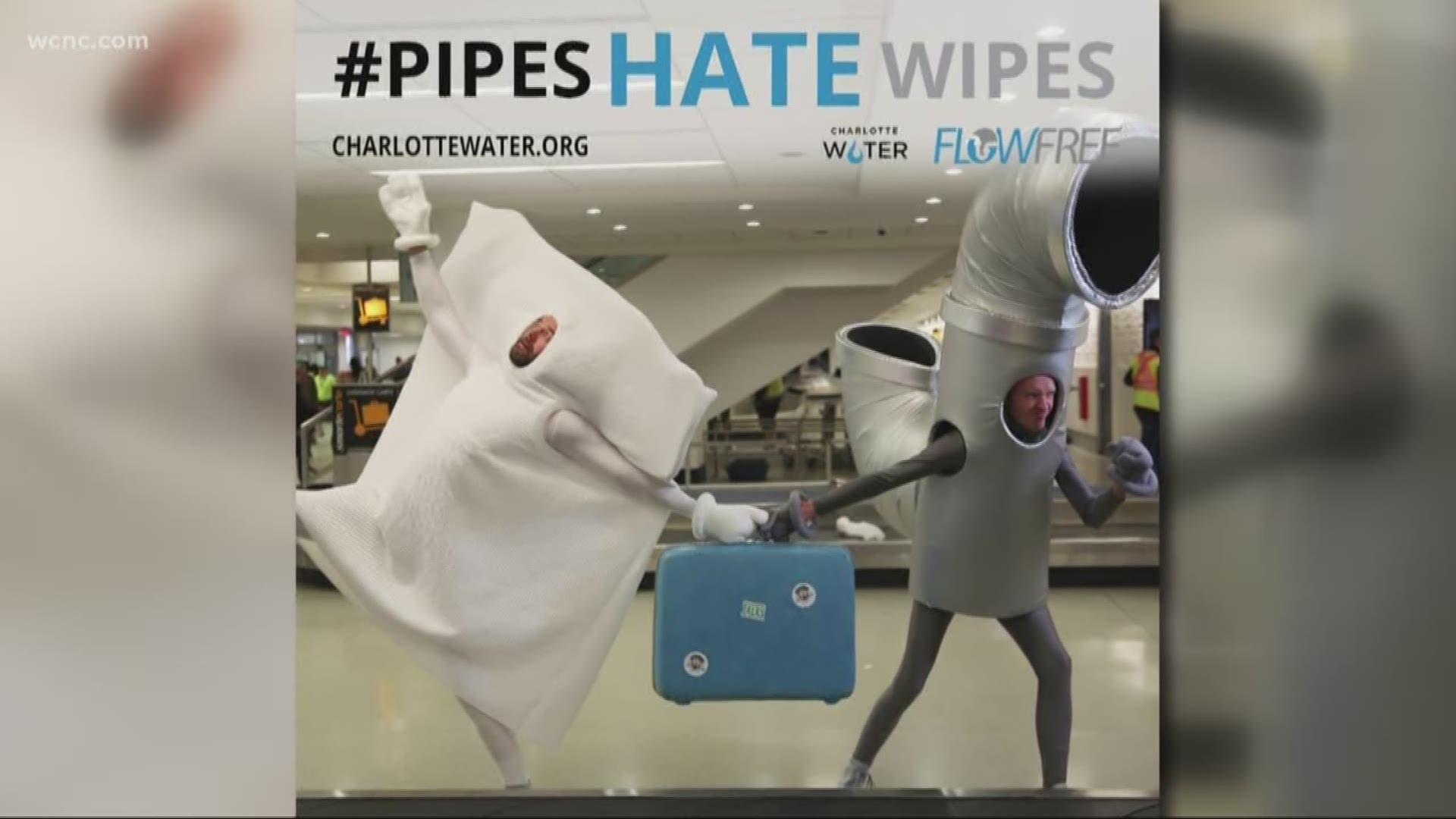 CHARLOTTE, N.C. — Charlotte Water is warning people to stay away from putting flushable wipes down the toilet.

"They think, 'Oh it's flushable. I can just put it down the drain,’” Bhavnani said. “But everything is flushable if you think about your ring or your phone, you could probably flush those, but that doesn't necessarily mean they belong in the pipes."

Bhavnani said the wipes don’t break down like they should when going through the pipes, and they're causing major blockages across the city.

"The problem is they're actually causing blockages in our sewer system and causing sanitary sewer overflows,” she added.

In 2018, Charlotte Water reported 164 sanitary sewer overflows, with 40 percent due to debris including wipes.

“We’re trying to eliminate that, and the public plays a role in that,” Bhavnani said. “Everything you put down your sink, down your shower drain, down your toilet, it has an impact on when it travels from your home to the wastewater treatment plant, and we want to make sure that is a closed loop.”

Benjamin Franklin Plumbing in Charlotte reports an increase in service calls to clean out the not-so-flushable wipes.

"Oh they've become more popular. There's no doubt about that,” said Paul Stefano, general manager for Benjamin Franklin Plumbing. “It's definitely on the rise. They're not doing what they say they do."

Stefano said many of the calls have been for commercial businesses, malls, or schools. He added it can cost hundreds of dollars to clean out the wipes from any plumbing.

“If you want to use them, find another way to dispose them,” Stefano said. “They don’t belong in your drain.”

Bhavnani said Charlotte Water is encouraging folks to only flush the three “P’s” down the toilet: pee, poo, and (toilet) paper.