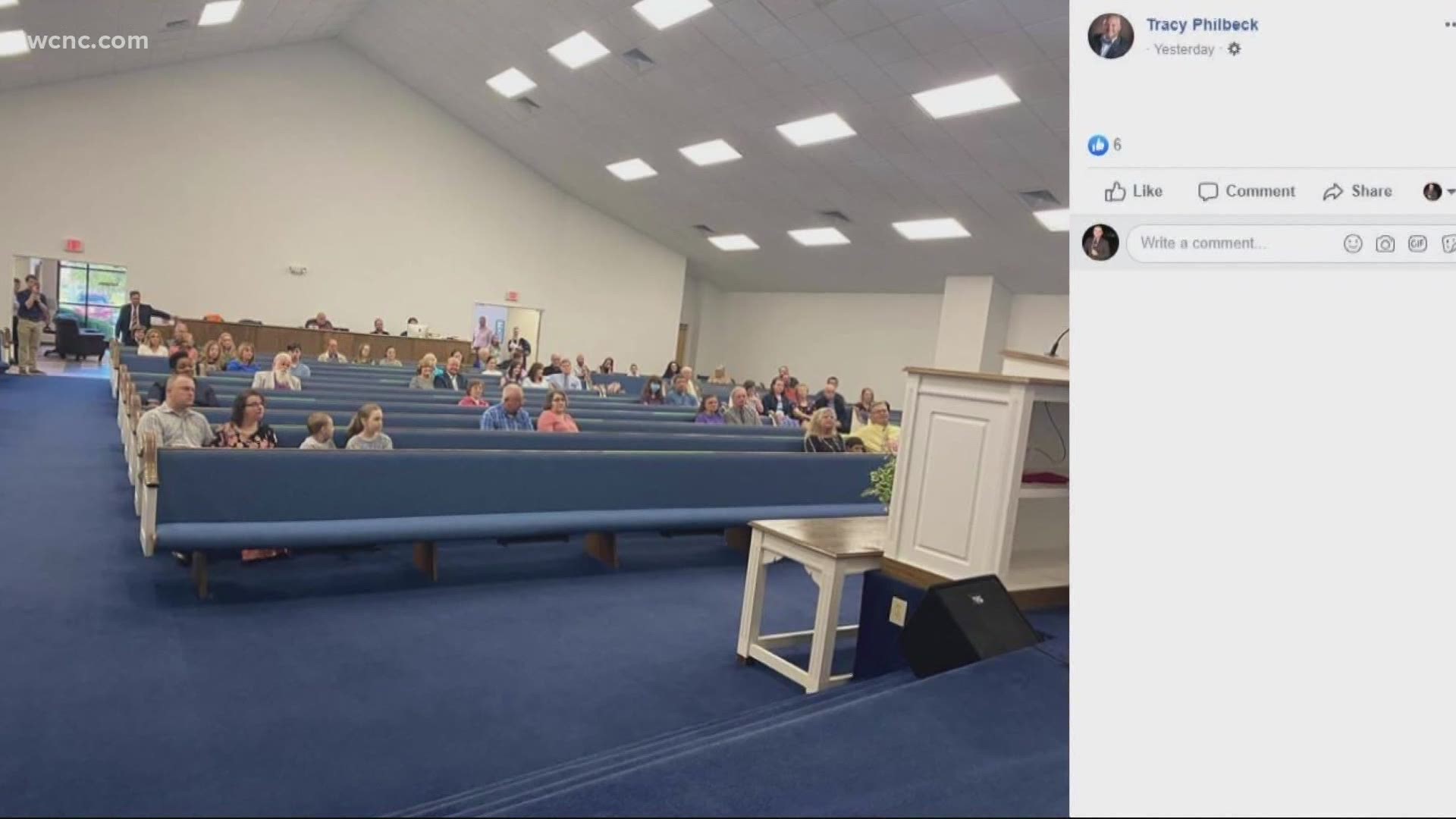 HICKORY, N.C. — Churches across the Charlotte region and the foothills are making different decisions on whether to hold indoor worship services which go against the state's Stay at Home order.

Phase One of Governor Roy Cooper's (D) Stay at Home order only allows for outdoor worship services with more than 10 people, "unless impossible."

However, churches in Gaston County have publicly defied the order.

Commissioner Tracy Philbeck posted photos of himself speaking inside an unidentified church on Mother's Day.

RELATED: 'There was mass confusion' | Gastonia City Council member weighs in on effect of county order

In the photos, families are practicing social distancing by sitting apart from other families, but there were dozens of more people inside the sanctuary than the stay at home order allowed.

Commissioner Philbeck declined to talk to WCNC Charlotte on-camera about the photos.

He agreed to ask the pastor in the photos if he would be willing to talk on-camera, but the pastor hasn't responded back yet.

Other churches in Gaston County posted public Facebook Live videos where parishioners could clearly be seen inside sanctuaries, but it's unclear how many people are inside the space.

Pastor Richard Schwandt said the church has been holding popular drive-up services, but many of his parishioners are eager to be back inside.

"For now it's doing real well," Pastor Schwandt said. "But, I think the longer it goes, it'll become more difficult in terms of people wanting to come back together."

The North Carolina Sheriffs' Association confirmed the authenticity of a resolution passed by its executive committee, which was subsequently published in The North State Journal, a Raleigh publication, concerning indoor religious services.

The resolution urged the governor to allow people to worship indoors.