Many people were dreading the cicadas, but they came, partied, and now it is almost time to say goodbye. 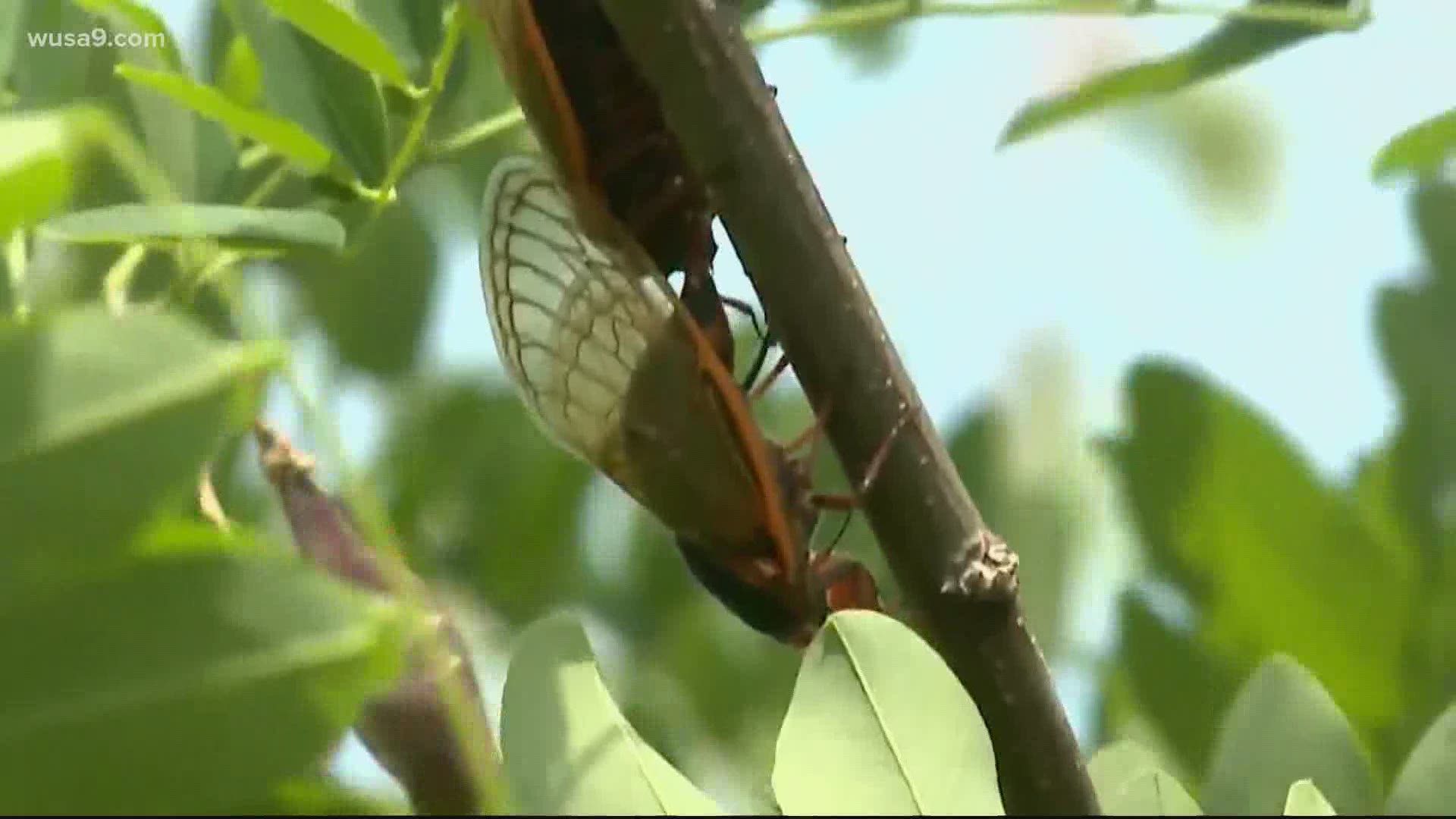 WASHINGTON — Many people were dreading the cicadas, but they came, partied and now it is almost time to say goodbye.

It is predicted the bugs will be gone by the end of July, but we will be left with the memories and what we learned from the species until they reemerge.

People who live in the D.C.-area have gotten used to waking up to the blaring sound of cicadas in the morning and learning why the insects came out of isolation after 17 years.

“All they want to do now is mate and have babies,” said Dr. Samuel Ramsey, an entomologist with the U.S. Department of Agriculture.

The cicadas have been having a ball and getting it on with their time above ground so far — peeling out of their skin, hooking up and now many of them are dying and leaving behind some funky smells.

RELATED: VERIFY: When will the cicadas be gone?

“They’re piling up on the sides of roads. They’re all over people’s gardens,” Dr. Ramsey told WUSA9. “These dead bodies as they decompose — they’re all kinds of microorganisms that release quite a pungent odor.”

The scientist added that what does not really stink is their urine which many learned looked pretty impressive.

As Americans, if there is some sort of rarity like a creature that only emerges every 17 years, you better believe some of us will eat them.

If gobbling up cicadas was not your thing, maybe they were your muse.

Whether it was creating kooky and fun dioramas to inject cicadas into some of our best memories like Ken Rotert did or turning their wings into jewelry, there are many people that will clearly miss them once their singing comes to an end.

“They tell me there are plenty of cicadas in the trees but baby you’re the only one for me,” Dr. Ramsey sang in a music video released in June.