Charlotte-Mecklenburg Police say the program has helped them connect and solve crimes across the city. 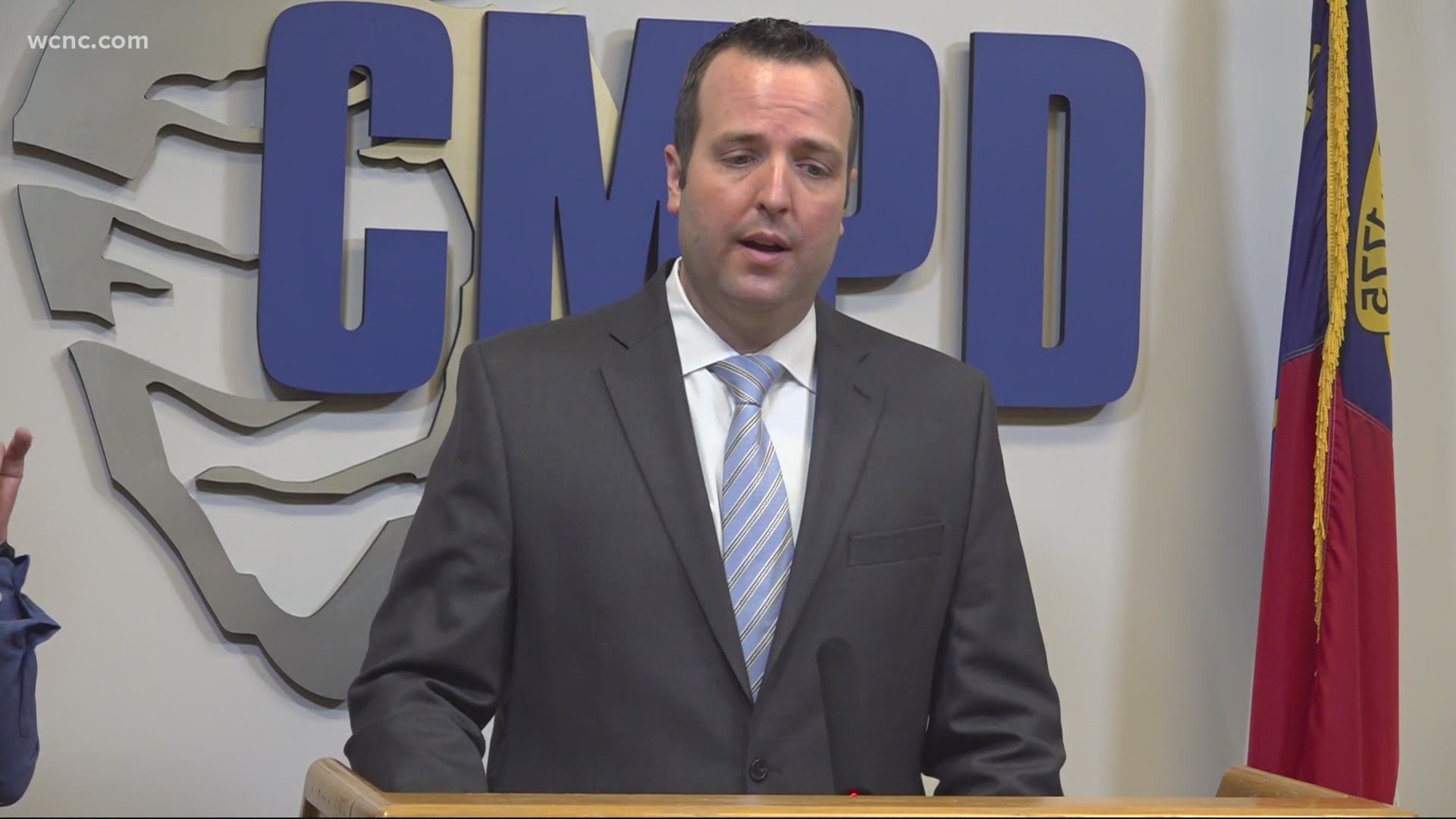 CHARLOTTE, N.C. — The Charlotte-Mecklenburg Police Department addressed the rise in violent crime in the city during a weekly press briefing Wednesday.

The briefing came less than 24 hours after the city recorded its 123rd homicide of 2020.

Lt. Bryan Crum said this is about more than numbers.

CMPD officials say violent crime has been and will continue to be a priority for the department and introduced the community to some of the technology the crime lab is using to get violent individuals and weapons off the streets of Charlotte.

The department has been using the National Integrated Ballistic Information Network (NIBIN) program which helps track guns and make connections between shootings and cases.

Officials say since the start of the program, they have been able to make connections between several crimes and have made several key arrests.

They noted the NIBIN technology was used to make connections between a deadly shooting on Beatties Ford Road that killed four people in June and several other crimes in the area.

The technology is also partly responsible for helping put violent offender Steven Staples behind bars after connecting him to a violent crime spree that spanned several counties, according to authorities.

Police say Staples went on a killing spree that resulted in the deaths of five people in six weeks in late 2019 and early 2020.  One of those victims was Scott Brooks, the owner of Brook's Sandwich Shop in Charlotte. His murder went unsolved for nearly a year.

CMPD says it made an aggressive push earlier this year to add resources to the Crime Lab to expand the NIBIN program. The expansion of the program allows lab staff to test all firearms for entry into the database while continuing to and enter all fired casings from crime scenes.

On Tuesday, Charlotte hit a grim record when CMPD confirmed it was investigating the city's 123rd homicide of the year.  The previous high was 122 homicides set in 1993, according to the department.

When asked about the homicide record, CMPD officials noted that the population of the city in 1993 was about 1/2 the size it is today and that increase in the number of people needs to be taken into account.

Officials said they weren't sure what was driving the rise in crime in the past year but not that it does appear more younger individuals are responsible for many of the crimes committed in the city.

CMPD officials note that they believe a small amount of individuals are responsible for a large amount of the crime in Charlotte.  The hope is that the NIBIN program will allow authorities to make connections between crimes that lead to more arrests of those violent individuals.